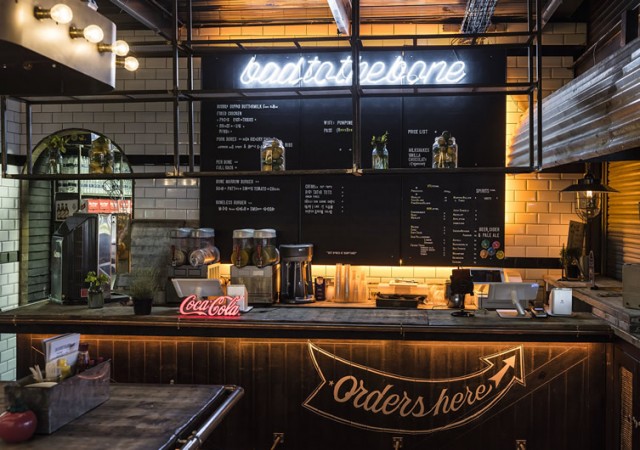 We’ve had Bone Daddies, Dirty Bones and, most recently, Bone Tea, and now news comes to of Boneyard in Shoreditch. Set in a disused petrol station on Shoreditch High Street, interiors are industrial and have a road trip / Route 66 theme, while the menu has an American accent. Open from morning until the small hours, diners enter through a black door with a reclaimed brass porthole. 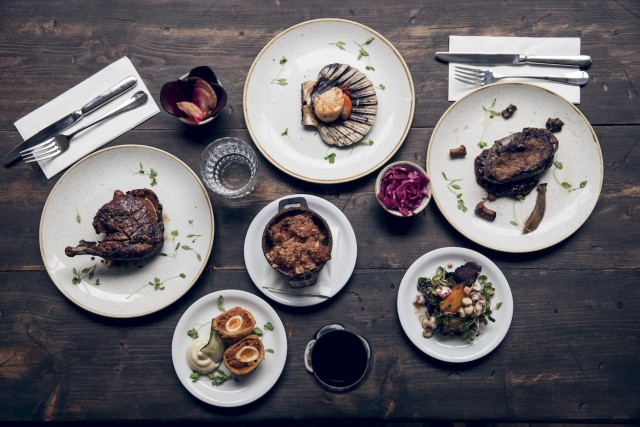 Combining two of the hottest dining trends in London right now: new Nordic cuisine and bunging anything that doesn’t move into a smoker, the Rök Smokehouse in Shoreditch is achingly hip. Housed in an old café at the bottom of Curtain Road, Rök, meaning “smoke” in Swedish, gets heavily involved in pickling, smoking and brining its British ingredients. Meats are smoked at the Cobble Lane smokehouse in Islington before being finished on a custom built, charcoal BBQ at Rök, manned by consultant chef Matt Young of Barnyard fame.

Using old family recipes, pickled creations displayed in jars dotted around the restaurant will change depending on the seasons. Among the dishes currently on offer are dill pickle and seasonal wild mushrooms; beef shin croquettes with horseradish and parsley cream; nduja quail Scotch egg; duck leg with bacon and lingonberry jam; and charred broccoli, pumpkin seeds and toasted almonds. 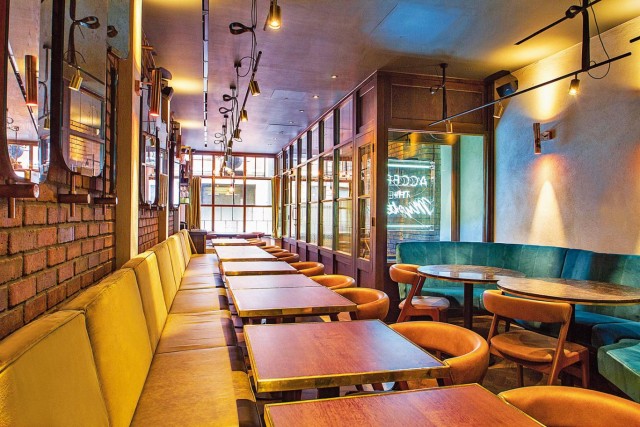 Who doesn’t like truffles, on everything? Mayfair mavens will delight at the arrival of Sackville’s on Sackville Street, specialising in gourmet burgers crammed with black truffle shavings. Occupying an old tailors, manning the grill is Wayne Dixon, former senior sous chef of Gordon Ramsay’s Maze Grill, who sources prime cuts from across the globe and truffles from Istria in Croatia.

Among the pimped up burgers on offer is George’s Black Burger, featuring a Wagyu patty on a truffle brioche bun buttered with foie gras mousse and served with truffle mayonnaise. The signature Sackville burger meanwhile will set you back £38. Those keen to go off piste can indulge in poussin baked with truffle oil or spaghetti with ox tongue, boar shavings and the intriguing sounding “truffle dust”, with sides of truffle mac ‘n’ cheese and truffle mash. Once you’re all truffled out, head to the basement bar downstairs for cocktails. 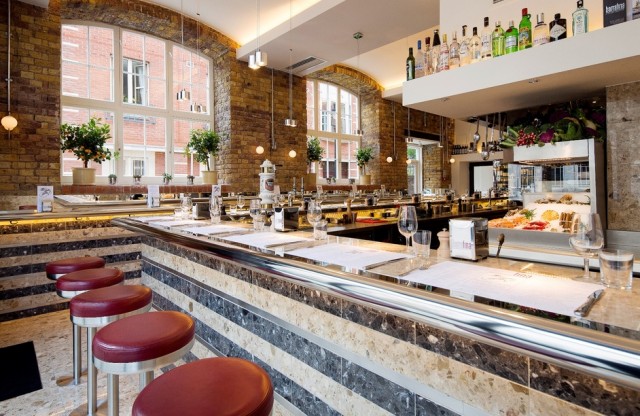 There’s no stopping half-Spanish brothers Sam and Eddie Hart. Having recently closed their more formal Spanish restaurant Fino on Charlotte Street, their next venture is a third Barrafina site on Drury Lane, a sister to the Michelin-starred original in Soho and the recently opened Barrafina on Adelaide Street just off The Strand.

On the wine front you’ll find the Hart’s own-band manzanilla among other distinctly Spanish drops like Albariño. As with the other two sites, if you’re keen to dine here then expect to queue, or gather a group of friends and book into the private dining room below. 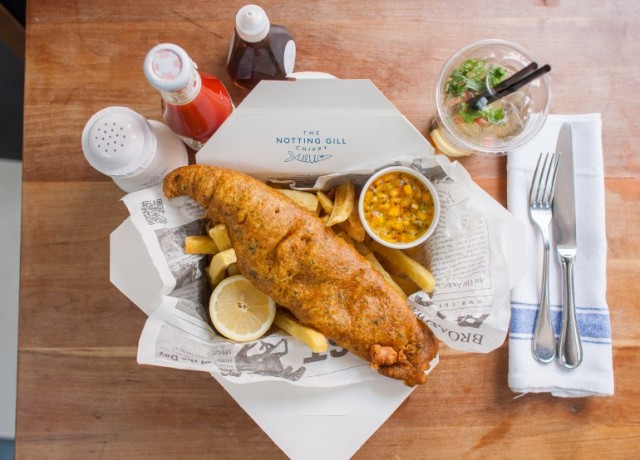 You can’t seem to go a month without a gourmet fish & chip shop popping up in town. The latest to hook us is The Notting Grill Chippy, a pop-up from the team behind Kensington Place. Setting up shop on Kensington Church Street until the end of August, the site will serve classic fish ‘n’ chips with tartare sauce and mushy peas; fish finger butties with spicy ketchup; and divine sounding lobster thermi-buns that look like donuts but ooze with savoury thermidor sauce.

The Bitter and Twisted scampi meanwhile, contains whisky-cask matured golden ale. Batter can be curried-spiced, and chips come with mango chutney, while sides include poppy and rye sourdough with seaweed butter and baby pickles. The White Snapper cocktails made with Chase gin are a must. 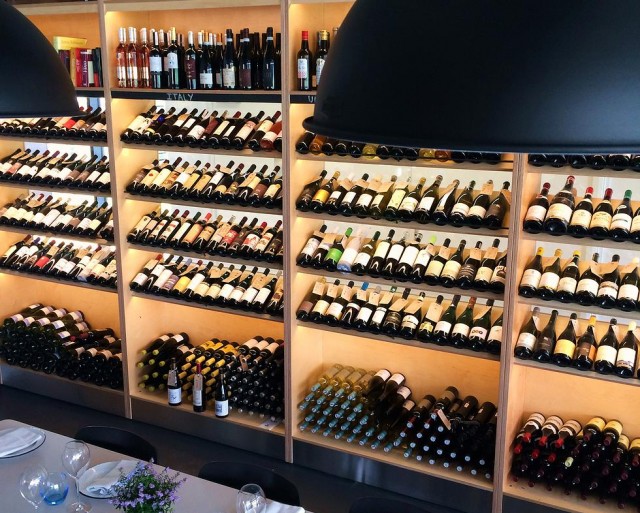 Wine and golf may not seem like obvious companions but Frenchman Arnaud Compass, founder of Bedales Wines in Borough Market, and Keith Lyon, former wine corporate sales manager for Waitrose, have paired the two at Vinothec Compass in Greenwich. Housed within the Greenwich Peninsula Driving Range, the restaurant focuses on casual Spanish cuisine from Extremadura and Catalonia, with dishes including pan fried baby squid, tomato and coriander; suckling pig confit with piquillo pepper; sea bass and saffron; and a chorizo burger. 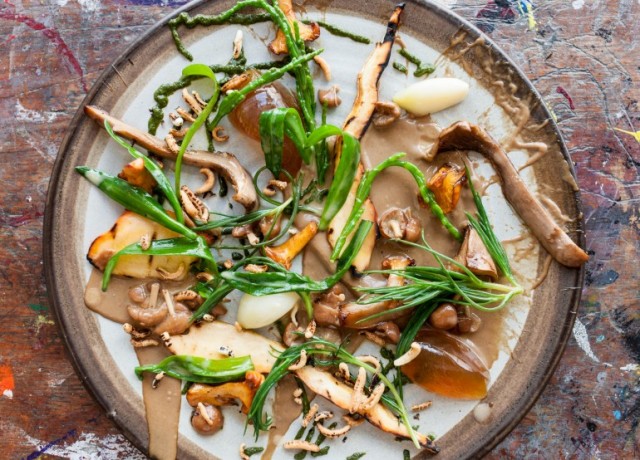 Robin Gill is becoming something of a darling of the London restaurant scene. Bringing us The Dairy in Clapham then following up with The Manor just down the road, whose star is on the ascent, his third site, Paradise Garage on Paradise Row in Bethnal Green, gives east Londoners a taste of the magic. Housed in an old railway arch, the kitchen is led by chef Simon Woodrow.

Wild about rabbit, among his dishes are roasted saddle, confit leg and rabbit belly scratchings with seasonal veg. Those less keen to chow down on Thumper can enjoy barbequed sardines with sea greens and horseradish; and lamb rump with sweetbreads. 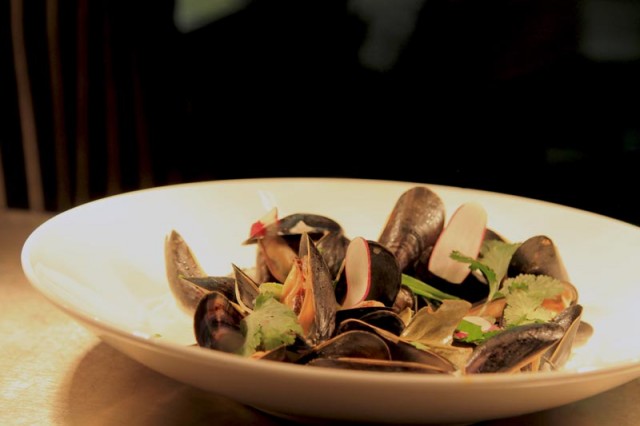 From the founders of Manuka Kitchen in Fulham, Joseph Antippa and chef Tyler Martin, comes second venture Salt and Honey in Sussex Place near Lancaster Gate. Continuing with the neighbourhood restaurant feel, the 50-cover space is separated into three rooms, including a private dining room.

The menu flags up British ingredients but plays on Martin’s New Zealand roots, with dishes including Manuka honey-glazed salmon, shaved fennel and pomegranate; and Wagyu beef bolognaise with hand cut pasta and rocket pesto. For pud you can expect the likes of caramel pannacotta and lemon crème with granola praline and meringue. 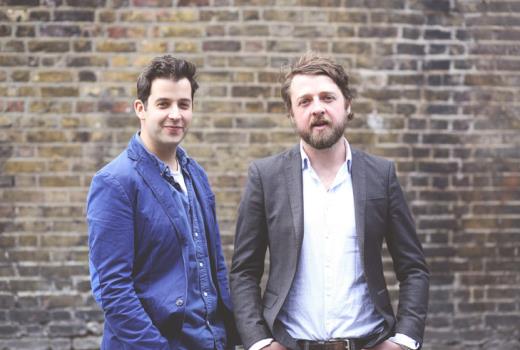 Having dined at James Ramsden and Sam Herlihy’s east London supper club The Secret Larder many moons ago, I’m excited to see what they’ve got up their sleeve for their standalone venture, Pidgin in Hackney, which offers four courses for an incredibly reasonable £35.

With head chef Elizabeth Allen at the helm, the set menu changes each week, but is inspired by cuisines all over the world and includes the likes of salt cod and squid ink with charred pickled chillies; lamb sweetbreads with marsala, carrots and almonds; octopus with roast lemon and almond milk; and smoked duck with pickled potatoes and peas. Pidgin retains a supper club vibe, with only seven wines, one beer and four cocktails on offer; so fussy diners need not apply.

Marylebone gets a new Mexican in the form of Molé this month. Named after a sauce commonly used in Mexican cuisine featuring chili peppers and chocolate, the 50-cover space specialises in both classic and more experimental dishes from Mexico and across South America. Among the quirky interiors is a “living wall” of greenery, Frida Kahlo quotes, Christian Lacroix fabrics and hand-drawn wallpaper by Scottish designers Timorous Beasties.

Tacos are made from Masa cornflour and feature the likes of cod cheeks with squid Ink foam, and slow cooked pork belly with pickled watermelon and sweet miso. Other dishes include braised oxtail with red amaranth; octopus with Serrano chilli; 16-hour braised chipotle beef short rib; ceviches and anticuchos. Cocktails have a South American twist and include the Frida & Diego, which blends ginger-infused Tequila, homemade rose syrup, lime and cucumber. 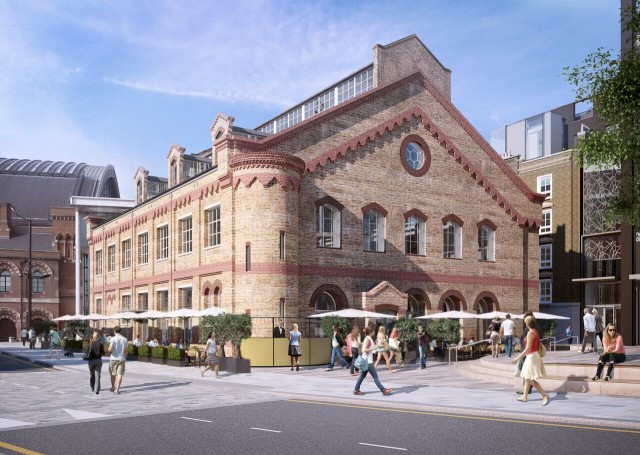 Rather than a place where men named Hans and Klaus gather in spandex for their spinning class, the German Gymnasium is in fact a new restaurant concept from D&D London. Due to open in November in a former Grade II listed gym in King’s Cross built in 1865, the dining complex will feature a ground floor grand café, an outdoor terrace, a restaurant, bars and private dining spaces.

Interiors will tip their hat to the grand cafés and brasseries of Central Europe with nods to the buildings athletic past like fencing masks and climbing hooks playfully weaved throughout. The grand café will serve Mittel-European brasserie classics like wiener schnitzel and bratwurst and a light will be shone on wines from Germany, Austria and Hungary, while the bar will serve “vapour cocktail clouds” from carafes.