Jayer is world’s most expensive wine

Henri Jayer’s Richebourg is the most expensive wine in the world, pipping what many would suppose the usual claimant Domaine de la Romanée-Conti. 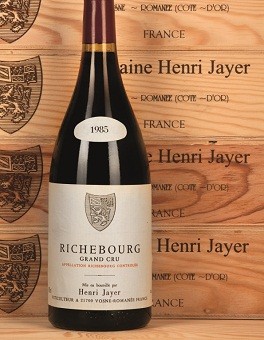 Averaging US$15,195 (£9,800) a bottle, Jayer’s Richebourg grand cru took the number one spot on Wine-Searcher‘s annual “World’s Top 50 Most Expensive Wines” list, ahead of DRC’s seminal Romanée-Conti which averages US$13,314 (£8,600) p/b – but which can reach much higher prices for particular vintages at auction.

Burgundy accounted for 40 wines on the list with only Petrus and Le Pin appearing from Bordeaux – at 18th and 23rd place respectively.

Aside from Egon Müller and JJ Prüm and their sweet Mosel Rieslings, the only other non-French wine on the list was Screaming Eagle which was in 14th place and with an average price of US$2,884 p/b.