A company that claims to be “Spain’s first urban distillery” is bringing an Iberian twist to the thriving UK gin scene. 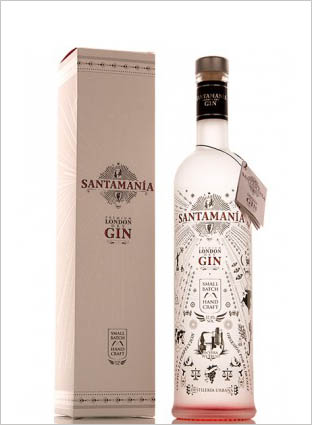 Madrid-based Santamanía London Dry Gin is now available in the UK for the first time through specialist online outlet the Gin Foundry, carrying an RRP of £32.95.

In keeping with its Spanish roots, the gin is based on neutral grape spirit derived from the Tempranillo grape. This is then flavoured with botanicals that include juniper, coriander seed, liquorice, cardamom, lime, lemon, angelica, cinnamon, pistachio nut, rosemary and raspberry.

Santamanía founders Javier Domínguez, Ramón Morillo and Victor Fraile describe the resulting flavour of their gin as “both vibrant and unusual”, stressing a small scale ethos that sees production reach no more than 330 bottles of their gin and vodka per batch.

Together with the UK and US, Spain represents one of the world’s largest markets for gin, although domestic production is yet to see the same level of small-scale distillation activity. Other Spanish gins already available in the UK include Gin Mare and Spain’s biggest seller Larios.

The arrival of Santamanía coincides with the UK market’s ongoing gin boom, led by its domestic products, with Waitrose recently reporting a 7% year-on-year sales increase as the retailer doubled its range to 52 listings.