English sparkling wine producer Nyetimber has converted a 1968 London Routemaster into a party bus in time for the summer season. 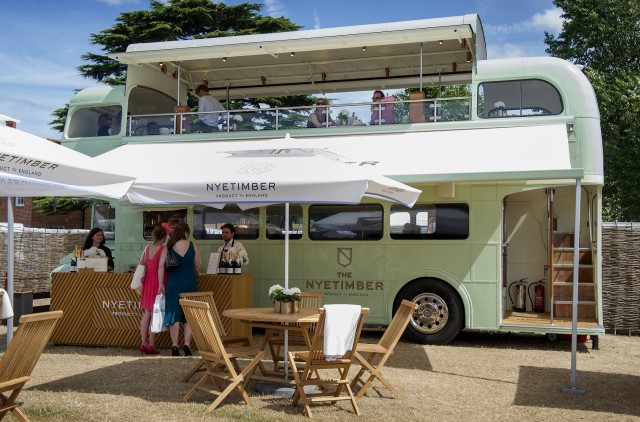 The mint green bus made its first cameo at Henley Royal Regatta last week and will also be making an appearance at The Curious Arts Festival on 15-17 July.

The bus is set across three areas: a garden with outdoor seating, a lower deck boasting leather seats, a copper bar and a Union Jack backdrop carved from oak, and an upper deck offering open-air views via a raisable roof.

Once aboard the bus, dubbed The Nyetimber, passengers can “Push for Nyetimber” via a bespoke button, no doubt inspired by the “Press for Champagne” button at Mayfair diner deluxe Bob Bob Ricard.

Among the sparklers in the Nyetimber stable that will be on pour on board are its Classic Cuvée, Rosé and Blanc de Blancs.
A flat screen TV on the lower deck will be screening key summer events like Wimbledon.

“A great deal of our focus this year has been on bringing the Nyetimber experience to a wider audience. 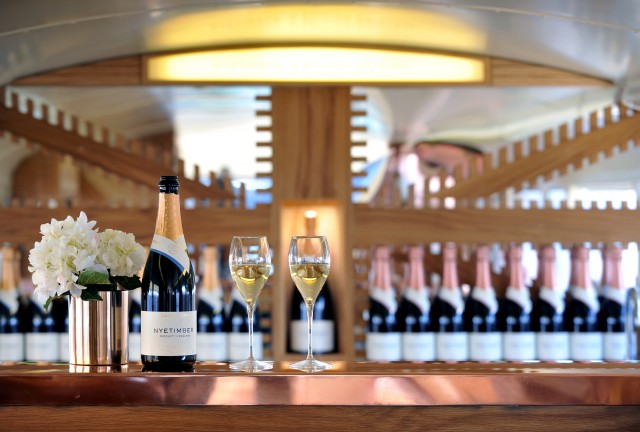 “The Nyetimber bus allows us to deliver this experience in a way that’s both playful and pioneering, yet still very much in keeping with our luxury brand,” said Eric Heerema, owner and chief executive of the English sparkling wine estate.