Bangalore-based winery Myra has launched a Cabernet blend called Misfit, which it has hailed as India’s first unfiltered wine. 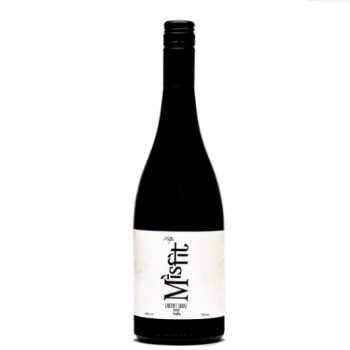 Called ‘Misfit’, the limited edition cuvée is a blend of Cabernet Sauvignon and Shiraz and will be priced at Rs 1,500 (£15) per 750ml bottle.

Misfit has been matured in French oak for 18 months and has been kept unfiltered “to retain the natural characteristics.”

Ajay Shetty, Myra’s managing director said: “We conceptualised Misfit in 2013 and wanted to create an opulent blend that tastes great. With Misfit we have consciously attempted to try things differently from the unfiltered process of making the wine to appearance of our labels, and how it will be presented to our consumers.

“In the past, we entered the market with the only single varietal wine at a Rs 330 price point and now Misfit holds the distinction of arguably being the first unfiltered red wine in the market that has been marketed.”

Myra vineyards currently produces Sauvignon Blanc, Chenin Blanc, Cabernet Sauvignon and Shiraz as well as its ‘Reserve Collection’ and an ‘easy-drinking Two Headed Bird collection.’ Misfit is so far only available in Maharashtra, Goa and Karnataka but Shetty is eyeing other Indian regions as the country develops a taste for local wines.

Shetty founded Myra in 2011 after previously working as an investment banker in Hong Kong and says he aims to introduce the “concept of uncomplicated wine drinking to India.”