Wine from Napoleon’s carriage to be sold

A bottle of wine apparently found in Napoleon’s carriage after Waterloo – and still “believed to contain wine” – is to be sold at Christie’s next month. 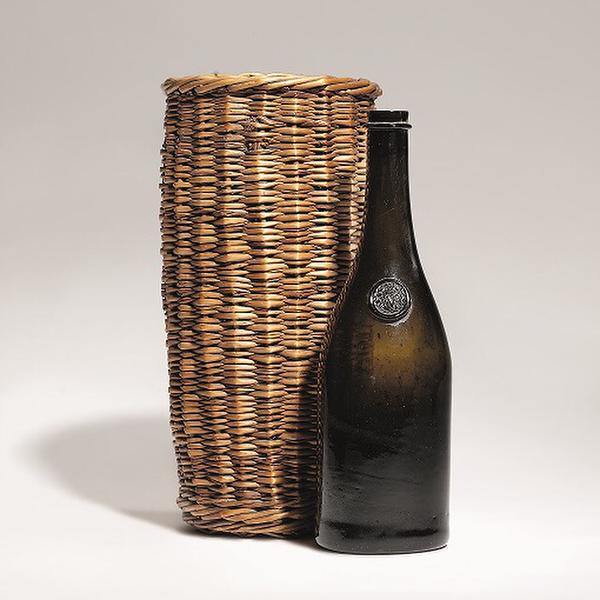 The bottle of wine is part of the “Exceptional Sale” Christie’s is holding in London on 9 July and which includes a host of Napoleonic memorabilia including one of his famous bicorne hats that he wore throughout his Polish campaign of 1807 and a lock of hair from his favourite charger, Marengo.

It has an estimate of £10,000-20,000, which, if met, would put it in the running for one of the most expensive single bottles of wine ever sold at auction.

The bottle dates from around 1810 is unopened and although the level is eight inches (20cm) below the base of the cork it is “believed” to still contain wine – which may be a Sherry.

The bottle comes with a 12in wicker basket in which it is housed. The shoulder of the bottle bears a seal embossed with Napoleon’s personal cipher, a crowned “N” in a laurel wreath.

The bottle – and the rest of the Napoleonic paraphernalia – comes from the collection of the Shaw Stewart family.

The story of Napoleon’s carriage and the bottle require some background to put them in context. As he fled the battle of Waterloo on 18 June 1815, the French emperor found that the mass of fleeing soldiery was so thick that he was unable to continue so he instead fled on horseback, leaving the carriage by the side of the road near Genappe.

Pursuing Prussians quickly caught up to it and, finding it not too badly looted, a certain Major von Keller seized it and put it under guard.

A written description of the carriage made the very next day, 19 June, relates: “The interior of this remarkable carriage deserves particular attention, for it is adapted to the various purposes of an office, a bed room, a dressing room, a kitchen and an eating room […].

“The liquor case, like the necessaire, is made of mahogany, it contains two bottles [the only ones left perhaps?], one of them still has the rum which was found in it at the time, the other contains some extremely fine old Malaga wine.”

The carriage was presented to the Prince Regent and then resold to a famous antiquarian called William Bullock in 1816. Having bought it for £2,500 he made the quite staggering (for the time) sum of £35,000 when he exhibited it at the London Museum.

The carriage changed hands again several more times until 1842 when it was bought by Madame Tussaud’s and then destroyed in a fire in 1925.

By that time however, most of the contents – including the bottles apparently – had been sold off separately and Sir Michael Shaw Stewart 6th baronet appears to have acquired one of the bottles in between 1815 and 1840.

James McNab, principal gardener of the Royal Botanic Gardens of Edinburgh, visited the baronet’s family home, Ardgowan House in Renfrewshire, in 1849 and wrote: “…within three or four miles of the spot where they [visitors of the area] are somnambulating, there is a most splendid portrait of Napoleon [also up for sale on 9 July]… – as also a bottle of wine, undrawn, taken from his carriage at Waterloo.

“The bottle of wine is contained in a wicker basket. On the side of the bottle, surrounded by a device, there is the letter “N”.

Worn during Napoleon’s campaign against the Russians in 1807, he is said to have worn it at the battles of Eylau and Friedland – it was clipped by a near-history-making musket ball at the latter – and the Treaty of Tilsit where Tsar Alexander I sued for peace.

Napoleon then gave the hat to one of his servants for safe-keeping who in turn gave it to his uncle, Jean-Baptiste Kuhnel, the keeper of the palace of Dresden.

Sir Michael Shaw Stewart purchased the hat from him for 10 thalers on 26 August 1814.