Top 10 marketing campaigns of the month

KOPPARBERG TO MAKE A MARK THIS SUMMER 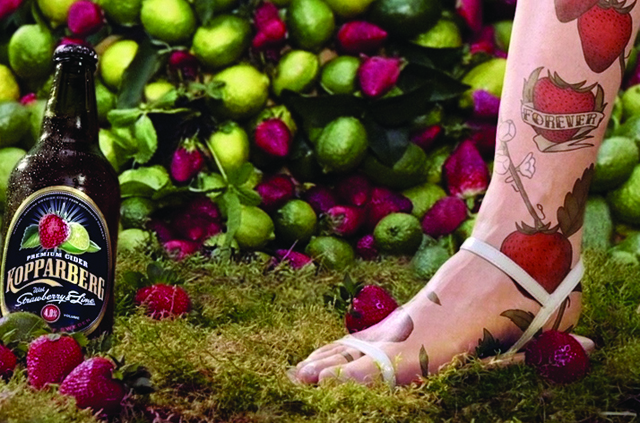 Swedish fruit cider brand Kopparberg is getting consumers in the mood for summer via a new £5m marketing campaign across press, social media, digital and outdoor that brings a touch of Scandinavian cool to the summer months. Focusing on its two most popular flavours, Strawberry & Lime and Elderflower & Lime, the campaign takes inspiration from the growing trend for tattoos and body art and sees the fruits festooning the skin of the models in the advert in intertwining tattoos. Running until August, the adverts will be on display in high impact sites such as London’s Piccadilly Circus. 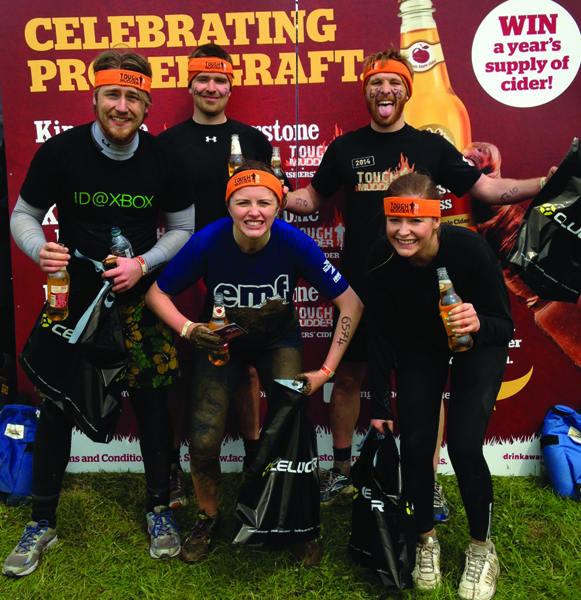 Aston Manor Cider has hooked up with gruelling obstacle course organiser Tough Mudder for events across the UK. As part of the deal, the brand’s flagship cider, Kingstone Press, is now the official finishers’ cider for this year’s Tough Mudder UK obstacle courses. Tough nuts who manage to finish the challenging course will be rewarded on the finishing line with a bottle of ice-cold Kingstone Press. “As the official cider and finisher drink of Tough Mudder, we’re proud to be delivering proper refreshment when it’s needed to over 100,000 participants in this year’s UK series of events,” said Justin Way, Kingstone Press marketing controller. “After battling through ten miles of the incredibly tough obstacle challenge, we’ll be on hand to reward graft, teamwork and determination the best way we know how, with Kingstone Press,”.

JOHNNIE ROCKS THE HOUSE IN SINGAPORE 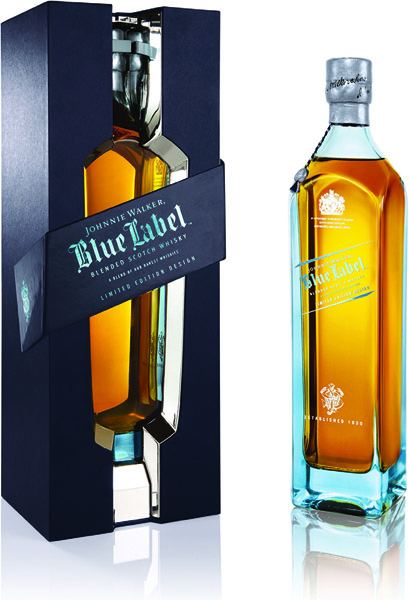 The DFS Group and Diageo Global Travel have opened a “Johnnie Walker house” in Singapore at Changi airport’s Terminal 3 departure zone. Designed to emulate a luxury steamer trunk, the flagship store includes a tasting bar where drinkers can explore expressions from Johnnie Walker’s deluxe portfolio and a “whisky constellation”, which illustrates the art of blending and showcases an index of single malt Scotch. To commemorate the launch, a limited edition bottle of Johnnie Walker Blue Label will be on offer featuring an illustration of a Scottish landscape and Singapore skyline. “With global airport sales growing by more than 12% every year since 2009, the Johnnie Walker House is set to be a game-changer for the luxury spirits segment,” said Doug Bagley, MD of Diageo Global Travel. 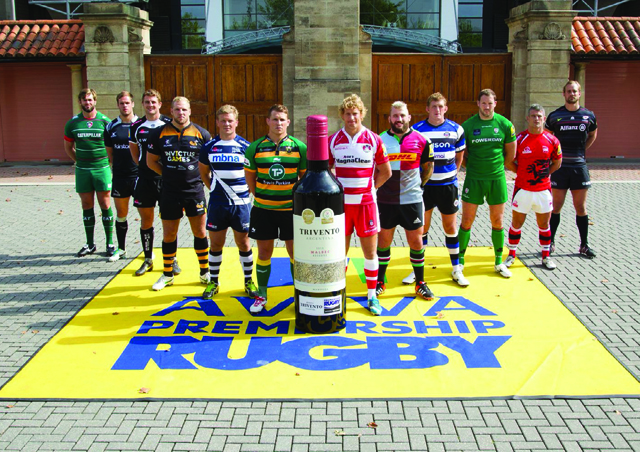 Trivento has become the number one selling Argentine wine brand in the UK, fuelled by sponsorship of the Aviva Premiership Rugby, the final of which took place on 30 May at Twickenham, attended by chief winemaker Germán Di Cesare. Trivento and Premiership Rugby’s partnership will continue for a further two seasons, while sales growth of flagship wine Trivento Malbec Reserve has tripled in 2014 alone, helping the brand break through the £8m sales mark this year. A key driver to the growth of the Trivento brand has been through in store and online marketing. “We signed a deal with Aviva Premiership Rugby as an official supporter in 2014, which led to an incredible boost in Trivento Reserve Malbec sales due to the strong visibility we’ve achieved with our target audience who love both wine and rugby,” said marketing director Mónica Caamaño.

CÎ-ROC THE RIVIERA WITH LONDON FEST 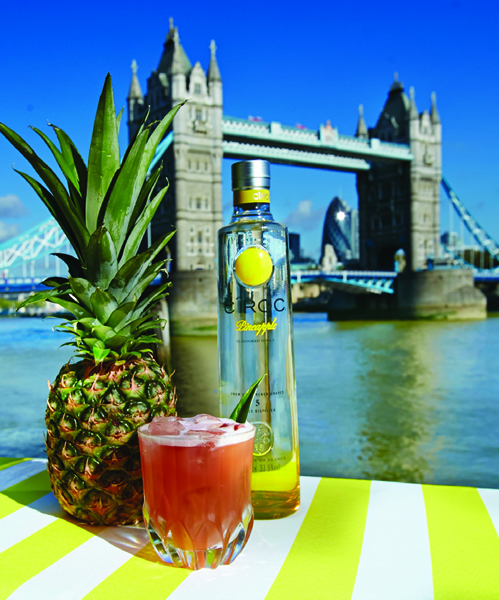 More London Riverside is being transformed into a luxury tropical experience this month with the arrival of Cîroc at London Riviera. Housed on the Southbank by Tower Bridge, the space evokes a boutique festival in the heart of the city and aims to be the “ultimate luxury hangout” to watch the sun set over the Thames. Popping up for five months, the bar, decked out with palm trees, day-beds, giant pineapples and pink flamingos, takes its inspiration from Miami, Cuba and the French Riviera, and has been designed by Hollywood set designer, Sonja Klaus, known for her work on American Gangsterand Gladiator. Food will focus on the fresh flavours of the eastern Mediterranean, which can be washed down with Cîroc vodka cocktails to the sounds of live entertainment. 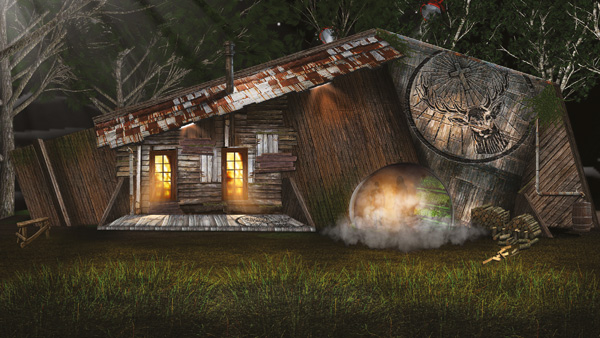 Jägermeister is set to make a noise on the festival circuit this summer through a £1 million “Unearthed” campaign. Popping up at select festivals across the UK, the initiative is designed to reflect the brand’s “heritage, quality and belief that experiences are worth discovering”. Targeted at 24-35 year old consumers, the Jägerhaus will be hidden in the woodland areas within the festival grounds. Comprising four rooms – the Lodge, the Backyard, the Warehouse and the Loft – the immersive experience will take on a different character from day to night, and will feature live music acts and DJ sets. At the entrance to the house a tunnel will feature a mist made up of some of the 56 herbs and spices used to create Jägermeister. In addition, several bars will be dotted throughout the Jägerhaus, serving the spirit.

HENDRICK’S GETS HOT AND BOTHERED 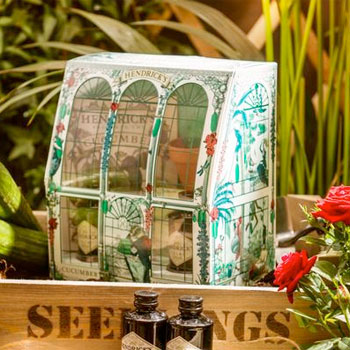 The green-fingered fanatics at Hendrick’s have come up with a novel way of enjoying a gin Martini in the form of the Hendrick’s Cucumber Hothouse and Atomising Companion. Dubbed the “ultimate apparatus for cocktail consumption”, the gift set is available from select supermarkets across Britain and features a bottle of Hendrick’s gin and miniature atomiser designed to be filled with vermouth and sprayed over a chilled Martini glass of Hendrick’s. The brand suggests garnishing the drink with a slice of “recently refreshed” cucumber. The gadget is inspired by the Hendrick’s hothouse in Givran, Scotland. And if you get tired of drinking Martinis, you can always use the atomiser to water your roses.

YALUMBA LAPS UP THE GRUB 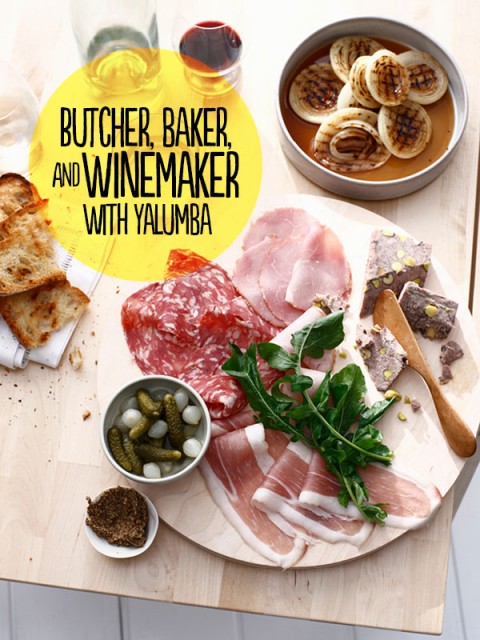 Barossa Valley estate Yalumba comes to the UK this month for a series of dinners designed to pair its latest vintages with regional British cuisine. The “Butcher, Baker & Winemaker” campaign will see chief winemaker Louisa Rose host dinners across the UK in cities including London, Bristol and Chester. As part of the initiative, Yalumba has partnered with a local independent wine merchant in each area to give away tickets to the dinners, which will take place at flagship neighbourhood restaurants like The Truscott Arms in London. The campaign will also be supported by competitions with Majestic, Tesco and Waitrose. 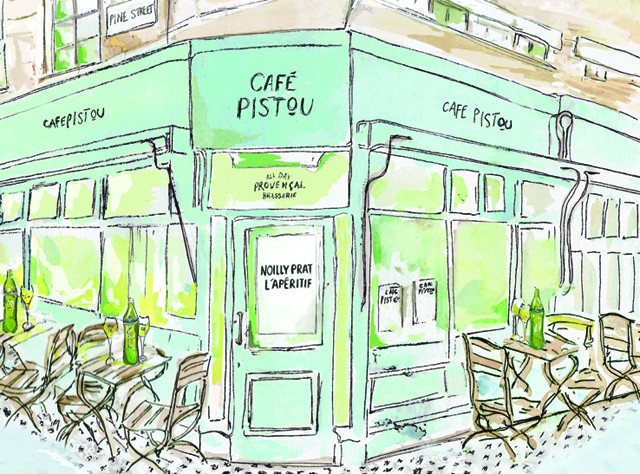 Seeking to capitalise on the rising popularity of vermouth in London, French brand Noilly Prat has partnered with Provence-inspired brasserie Café Pistou in Exmouth Market to launch the Original Dry L’Apéritif cocktail. Made using Picpoul de Pinet white wine, herbs and spices, the cocktail blends two parts Noilly Prat Original Dry, a twist of lemon and a ball of ice, which, according to the brand, makes an ideal pairing for oysters. The cocktail is a permanent fixture on the Café Pistou menu that specialises in small sharing plates inspired by the flavours of Provence. 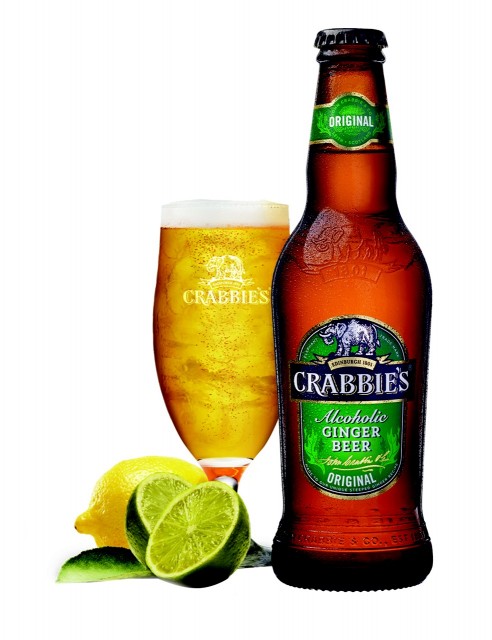 Crabbie’s Original Alcoholic Ginger Beer is going back to its roots with the launch of a new advertising campaign spearheaded by actor and comedian Vic Reeves. The brainchild of brand owner Halewood International, this multi-platform marketing campaign across TV, radio and social media, runs with the original “Try it you might like it” tagline, taking Crabbie’s on to the next stage of its “Refreshingly Adventurous” campaign. “The next chapter of our campaign sets out to remind consumers what they love about Crabbie’s Original Alcoholic Ginger Beer and encourage the few who haven’t sampled the liquid to give it a try,” said Richard Clark, marketing director at Halewood International. 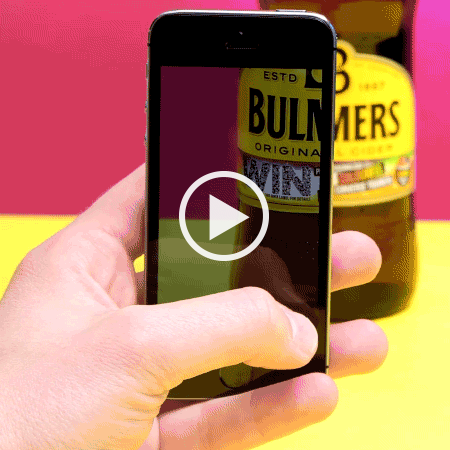 Flavoured cider brand Bulmers is giving away 5,000 pairs of personalised high-top trainers to consumers in a new promotion. The interactive campaign requires consumers to take a flash photo of their Bulmers bottle. If they’re lucky, the word “win” on the label will flash up in the picture, which needs to be shared on Facebook, Twitter or Instagram alongside the tagline #LiveColourful in order to claim the prize. Kicking off this month and running for three months, the campaign will be activated in the on- and off-trade on individual bottles of Bulmers as well as sixand eight-packs.