Fans of New Zealand Sauvignon Blanc might do well to stock up, if a warning that the style could be facing a supply shortage prove true. 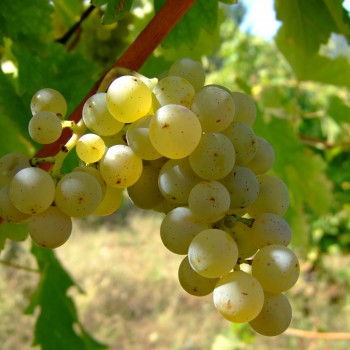 Mark Holness, drinks buyer at British hospitality purchasing firm Beacon, believes that due to a smaller harvest in 2015 supplies of New Zealand Sauvignon Blanc are “under strain”, which he said could cause prices of the country’s flagship variety to increase in 2015.

This is despite a record harvest in 2014 which saw export sales of New Zealand Sauvignon Blanc increase to $1.5bn.

His warning comes just days after Roberto Cremonese, export manager of Bisol, warned that there was a  very real possibility of a global Prosecco shortage this summer.

“The double whammy of a possible Prosecco and New Zealand Sauvignon Blanc drinks drought will mean fans of both wines having to spend more this summer to access their favourite bottles”, he said.

“In the case of Prosecco the extra cost will result in a better quality drink as the shortage is at the entry level for a wine, which in the last two years, has outsold Champagne. There is concern that supplies of New Zealand Sauvignon Blanc are also under strain following the poor harvest and we are working with our contacts and suppliers to identify the full extent of the problems.”

Speaking to the drinks business last week at the Chelsea Flower Show in London, where Cloudy Bay sponsored a gold-medal winning garden, Ian Morden, the producer’s estate director, said that reduced supply and increasing demand were pushing up grape prices of Marlborough Sauvignon Blanc, which in turn will effect the brand’s future pricing.

Despite price warnings, Chris Stroud of New Zealand Wine Growers, the trade body that represents the country’s winemakers, said their was little cause for concern.

Speaking to the drinks business, he confirmed that while the 2015 vintage is expected to be about 25% down on the record harvest of 2014, producers would be capable of meeting demand.

“While there may not be significant growth, we expect wineries to manage their current stocks of the 2014 vintage and future stocks of 2015 to meet existing demand”, said Stroud. “We are also confident of an excellent crop and consumers will be able to continue to enjoy the quality that New Zealand Sauvignon Blanc delivers.”

Official harvest statistics for the 2015 harvest are not expected to be released until early June.