Which country has the highest number of vines planted per person? France, Italy, Spain… No, it’s Moldova.

One of Europe’s smallest countries and certainly its poorest, wedged between Romania and Ukraine. In fact, grapes are so important in Moldova that the country is shaped like a bunch of them. Coincidence or a deeply rooted (no pun intended) homage to the vine?

Moldova’s winemaking history is long and colourful; the Russian Tsars took an interest, inviting the French to help plant vineyards, as well as drinking the region’s big juicy reds. During the Soviet period, Moldova was the vegetable and fruit garden of the USSR, providing not just the best produce to the Republics but also the best wine. The vine has been an integral part of Moldovan history since first planted, most being owned by individuals simply to make wine for home consumption: the perfect accompaniment to plăcintă (a filled savoury pastry) or mămăligă (polenta, sheep’s cheese and sour cream).

Now Moldova is suffering from its second Russian ban in a decade, this one imposed in September 2013, has left wine producers scrambling to find new export markets. Unfortunately Russia was its biggest customer with Ukraine – now in turmoil through domestic conflict – in second place. At the time of the ban, wine accounted for around 25% of Moldova’s agricultural exports, and so was one of the most important industries in the country. After a lot of investment in wineries and modern equipment in the 2000’s, producers are desperate to show the world what they can do. With an untouched landscape, free from industry and blessed with the cherished Cherny Zom (rich black soil), Moldovan vineyards are producing some of the purest fruit in the world. Moldova now just needs a chance. 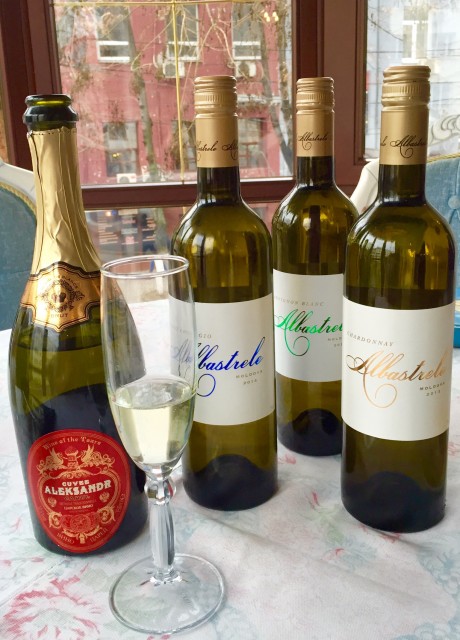 So apart from producing excellent quality wine, what sets Moldova apart? I have an obvious interest in the food (see paragraph two!) but what I think makes Moldova different is the huge effort being made across the country to welcome visitors. Enterprising winemakers are keen to show outsiders what they are doing. The likes of Purcari and Château Vartely have luxury rooms available and excellent restaurants at their wineries. Et Cetera is smaller, a very modern operation, but has set up a great tasting room and restaurant. Add into the mix the underground sparkling cellar of Cricova and the longest underground cellars in the world at Mileștii Mici, and you have the start of a very different sort of wine tourism: forget the grand châteaux of the Médoc, the rolling hills of Tuscany, Moldova is about the warm welcome, the villagers working the vines to make sure their towns survive, and the sunny South East of Europe.

Moldova also has great potential to promote its local varieties, the three maidens: Feteasca Alba, Feteasca Regala and Feteasca Neagra. The first one, Alba, is the white maiden (obviously a white variety), then we have the Royal Maiden (also a white) and finally the black maiden (a juicy plummy red). No Iron Maiden but then maybe that’s still to come… And let’s not forget Rara Neagra, as the name suggest a rare red grape producing a velvety wine full of red cherries, floral notes and spice. 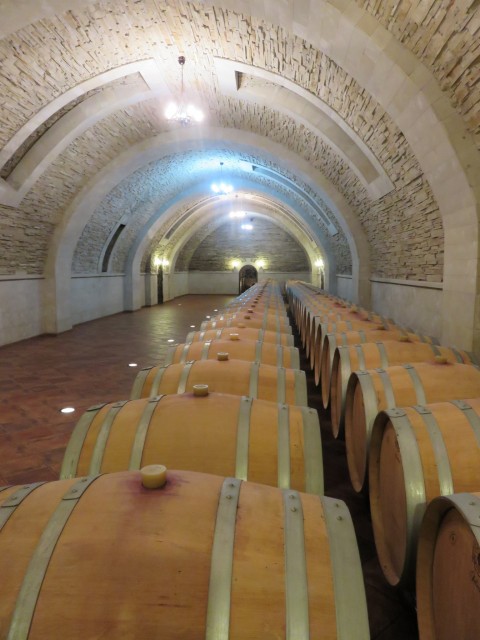 Moldova has now created four regions for its wine industry so that its terroir can be explored. In the central part of Moldova there is Codru. This is a Moldovan word meaning forest. Now most of the central region of the country is generally referred to as Codru, and so it is appropriate that the wine region also takes its name. In the south east of Moldova, on the border with Ukraine (just a stone’s throw from Odessa) there the region of Stefan Voda. This region is named after a national hero, Stefan the Great, who defended Moldova against its enemies in the 15th century. And then there’s Valul Lui Traian – Trajan’s Wall. Yes the Romans left their mark here in Moldova too. This is the south western part of the country, bordering Romania and almost touching the Black Sea. This is the primary source of really big juicy black reds, a lot made from Feteasca Neagra but also from wonderfully rich Cabernet Sauvignon. And finally, in the north of the country there is a small region around the town of Balti, the second biggest town in Moldova after the capital.

Domestically the population is also starting to embrace a more cosmopolitan wine culture with a developing modern restaurant and bar scene. Over a quarter of Moldova’s population live in the capital, a city rich with layers of history, beautiful green gardens and now boutique wine shops. An example of this is Carpe Diem, the sort of sophisticated wine bar and shop you’d find in London, New York or Sydney. It is run by a passionate winemaker, Ion Luca, also head of the Small Winegrowers’ Association of Moldova. Ion’s own wines, under the brand Crescendo, have started winning international awards, and I tasted some lovely wines from other small producers. The problem is that development is taking a long time because these small growers are funding all their own vineyard and equipment investment. Bank loans which can be paid back once the vineyards become productive are non-existent so the small profit made from each vintage’s wine is carefully reinvested each year. Snail’s pace progress. 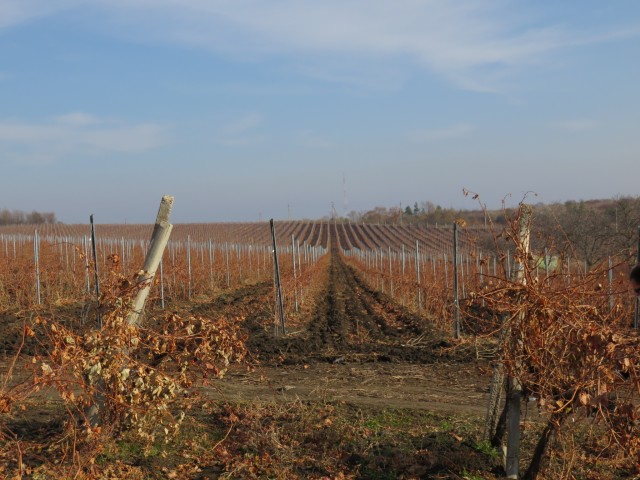 Tony Laithwaite was the first to bring wines from Moldova to the UK over 10 years ago. He saw the potential in the quality and the great value Moldovan wines offer customers. Now there is a palpable buzz among Moldovan growers, and with a little help, they could really shake things up: a David and Goliath story where tiny Moldova takes on the might of Europe. So this year Laithwaite’s has gone back to Moldova to find new wines to help support the local growers. Within the next couple of months, Laithwaite’s range will include eight wines from Moldova from four different cellars. We continue to sell our successful Albastrele range but launch a new Rosé for the summer months. And the popular Cuvée Aleksandr – winner of Wine of Show, voted by customers, at the recent Sunday Times Vintage Festival – is on its way from the cellars of Cricova. Then two new wines will arrive from Purcari: Alb de Purcari, a white blend, and Rara Neagra, the local red wine. Finally from Château Vartely, we are excited to launch an oak aged Cabernet to rival left bank Bordeaux and California.

So if you only know of Moldova’s capital Chisinau from the famous cross to voting in Eurovision (or is this just me?) now is the time to look into this part of the world and learn about its long history, passionate and warm people, and most importantly its enduring love of wine.