As far as drunken antics go, getting arrested for illegally catching 122 sea bass is not exactly your typical night out. 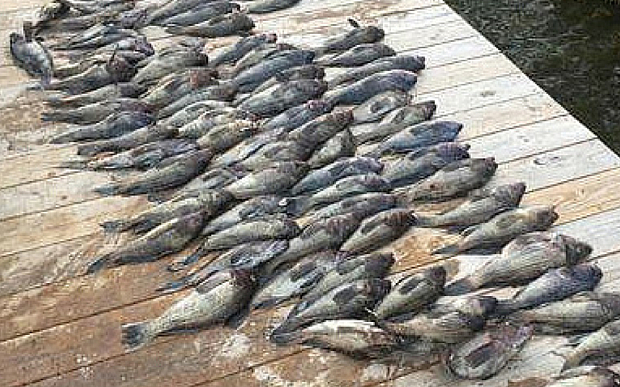 But that is exactly what happened to one man after a night out on the lash resulted in an epic one-man fishing expedition.

Environmental Police from Massachusetts spotted the man’s catch while patrolling a canal in Boston. On board, they discovered a haul of no less than 122 black sea bass, as reported by The Telegraph.

In an apparent drunken stupor, the man decided to take his recreational fishing boat out for a spin, reeling in the mountain of bass that would have put most professional fisherman to shame.

However his overzealous, albeit impressive catch merely served to hook him a criminal record. Just eight bass are permitted to be caught in this particular canal due by a single fisherman due to fears of overfishing. Furthermore, the man was found to be over the limit for operating a motorboat and without a licence.

The man was arrested and charged with operating a motorboat under the influence, possession of 122 black sea bass, having an unregistered motorboat, displaying improper registration numbers on a motorboat, and fishing without a valid Massachusetts saltwater fishing licence.

The police meanwhile decided to donate all the fish to charity.