Wine should be sold as ‘an emotional experience’

Wineries are marketing their products in the wrong way and should instead be selling consumers “an emotional experience” according to a leading Languedoc producer. 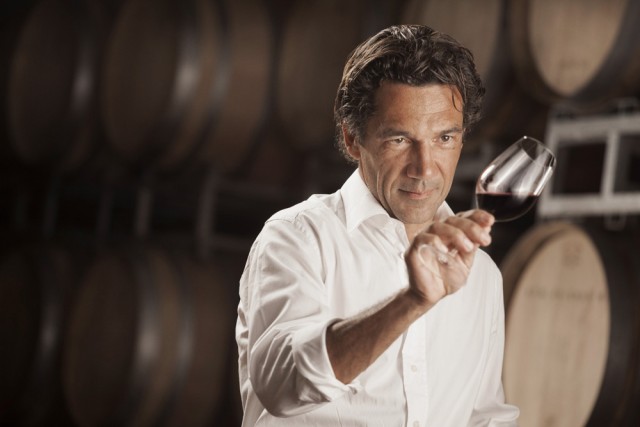 Speaking to the drinks business during a recent visit to London, Jean-Claude Mas of Domaine Paul Mas said: “Wine is not a product, it’s an emotional experience and we should be selling it this way.

“Money is a form of frustration for consumers now. They are looking for something new, something that can only be had from new experiences. Wine takes you to the most beautiful parts of the world and connects you to writers, artists and musicians; we should be selling this aspect of it.”

Mas went on to describe marketing as “the backbone” of a company but lamented the fact that most wineries don’t have the money to spend on it.

“The profit margins in wine aren’t high enough to build successful brands like they do in the perfume and spirits industries. Winemakers aren’t pulling consumers towards their products.

“The New World tried to do it but it didn’t work with the exception of Penfolds, which is a great brand. You have to build a brand on a foundation of consistent quality, sufficient volume and stable costs,” he said.

“I’m going after younger consumers, the whiskey and Coke drinkers that speak different languages, travel frequently and are curious about the world,” he added.

Mas, who owns 480 hectares of vines across nine different Languedoc estates, was drawn back to his birthplace in the late ‘90s with a desire to use what he’d learnt working for Bordeaux magnate Bernard Magrez in his own wine business.

He set out with an aim to make Old World wines with New World attitude having observed the rise of New World wines while working in Miami in the early ‘90s. Rather bombastically, he describes the Languedoc as “the best region in the world” to grow grapes.

“Its climate and soils make it possible for 50 different varieties to find their niche. We’ve created our own style – the wines are silky and fruit driven with velvety tannins. They have the opulence of the New World and the elegance of the Old World,” he enthused.

“The complexity comes from lively soils that aren’t bombarded with chemicals. The Australians have killed their soils with overproduction. Winemaking there is too industrial now, but they’re trying to go back to more traditional methods,” he added.

With Prosecco sales continuing to boom across the world, Mas eyes an opportunity for Crémant de Limoux to grab consumers’ attention.

“Most Prosecco is just sweet bubbles but we have something special in Limoux. The region has a long way to go but there is huge potential for sparking wine there,” he told db.

He is soon to release a high-end Crémant de Limoux in the UK – Astelia – named after his three daughters: Astrid, Elisa and Appoline. A blend of Chardonnay, Pinot Noir and Chenin Blanc, the £25 fizz is made in the traditional method and aged on its lees for 18 months.

Mas has no plans to move beyond the Languedoc but within the region he is set for rapid expansion and is due to buy 200 further hectares there this year.

He recently acquired the 57-hectare Domaine du Silène from Skalli, which he plans to make his flagship red estate.