Simultaneously evoking the degradation and decay of Victorian England and the glitz and glamour of the Jazz Age in America, gin is experiencing its most exciting and meaningful renaissance since it took off in the US in the Roaring Twenties with the emergence of a cocktail culture during Prohibition. 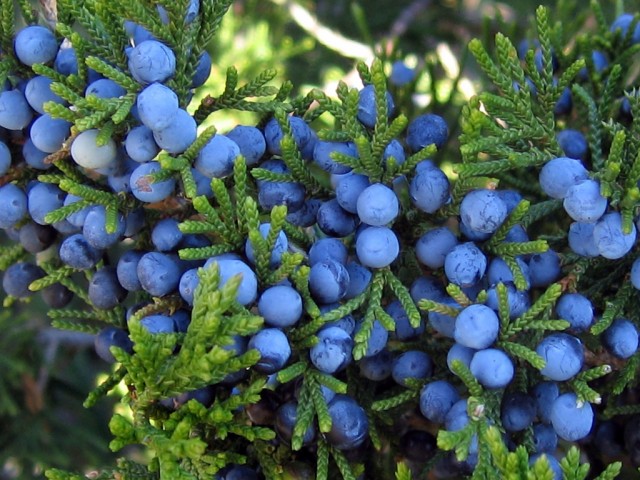 A fresh interest in the spirit has arisen from the world’s cocktail capitals, from New York to Hong Kong, sparked by bartenders rediscovering gin through classics cocktails like the Martini and Negroni. With growth fuelled by the UK, US and Spain (where over 250 different gin brands are on sale) the category grew 2.2% in 2013, bolstered by a dizzying array of small batch launches.

With Sacred and Sipsmith having blazed a bespoke trail in Highgate and Hammersmith respectively, a flood of craft distillers have entered the UK market in the last few years with new offerings that seek to differentiate themselves either via exotic botanicals or radical distillation methods – Langtons from the Lake District uses oak bark as a botanical and distills with ancient slate-filtered water, while Boxer Gin is made from wild juniper steam distilled in the Himalayas.

Sales of British gin have grown by 18% in the last two years, with consumption up in its top five markets. Gin made in the UK now accounts for 20% of the world’s supply in spite of what the WSTA calls the “punitive tax regime” in its home market.

The slew of new craft gin brands whipping  up excitement in Britain are not  only adding credibility and vitality to the  category, but are also forcing the big brands to up their game in the creative  stakes.

The response from the big guns has  been varied, with Beefeater aiming to create a new category of “sipping” gins through  the release of the oak-aged Beefeater  Burrough’s Reserve, which spends six  months in Jean de Lillet barrels.

In an increasingly crowded market, new gin brands are having to go to greater lengths to stand out from the crowd. A Darwinian natural selection process is likely to take place over the next few years, with only the strongest brands surviving.

In such a saturated market, who is ruling the roost? Click through for the world’s biggest gin brands by global volume sales in 2014…

(figures are based on millions of 9-litre cases sold globally) 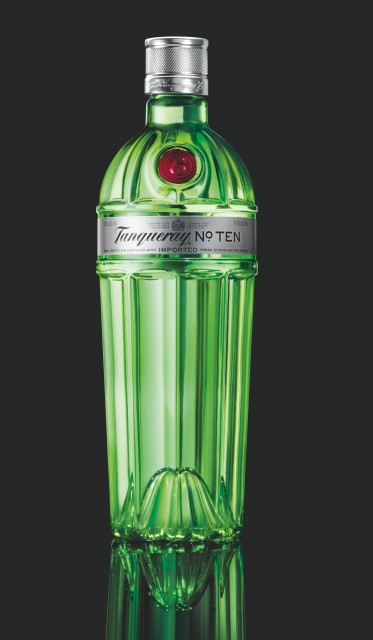 Showing the largest growth of our top five, sales of Tanqueray surged by 9% last year to 2.4m cases globally, up from 2.2m in 2013. Founded in 1830 by Charles Tanqueray, the brand continues to sell strongly in the US, UK and Europe. Last February, brand owner Diageo took the daring decision to dramatically revamp the bottle of its top drop, Tanqueray No. 10, into the shape of a cocktail shaker, giving it an Art Deco twist in a hat tip to the golden era of classic cocktails.

Reflecting the “streamlined glamour” of the Art Deco era, the bottle features ten facets that meet at the base of the bottle in the shape of a lemon squeezer. The addition of the squeezer was incorporated to reflect the fact that Tanqueray No. Ten is the only gin with fresh oranges, grapefruits and limes at its heart.

As with its previous incarnation, the pale green glass bottle features a scarlet ‘T” seal and founder Charles Tanqueray’s signature. The gin is distilled in small batches by Tanqueray’s master distiller Tom Nichol. “The new bottle reignites a passion for sophisticated martini cocktails. We’re seeing a booming desire for classic cocktails and the martini in particular, a trend we see continuing to blossom this year”, Tanqueray’s global ambassador, Barrie Wilson, said at the time of the launch.

Back in 2013, the brand whipped up excitement with the relaunch of Tanqueray Malacca spiced gin following repeated requests from bartenders around the world. The recipe for the spiced gin was developed in 1839 during the days of the company’s Far Eastern trade and recorded in Charles Tanqueray’s journals.

A run of 100,000 limited edition bottles were sold exclusively in the on-trade. In a similar fashion, last year the brand revived its Old Tom expression from Charles Tanqueray’s 180-year-old recipe. The 100,000 individually numbered bottles boasted a design based on a Tanqueray label dating back to 1921.

Beefeater saw stable sales of 2.6m cases in 2014, echoing its performance in 2013, when it launched an oak-aged expression, Burrough’s Reserve. Taking cues  from craft distillers, the golden-hued gin is made using the original Beefeater recipe refined by the brand’s founder, James Burrough, in the 1860s, distilled in a tiny 19th century copper still once used by Burrough and aged in Jean de Lillet barrels. Housed in a retro round bottle embossed with botanical shapes, the complexity offered by the oak means the 43% abv gin is best sipped neat.

Master distiller Desmond Payne created the gin with the goal of changing people’s perceptions about the white spirit and the circumstances in which it is enjoyed, holding a firm belief that the long and complex finish given by the oak makes it ideal for sipping. Interestingly, brand owner Chivas Brothers (the gin and whisky arm of Pernod Ricard) chose to debut the release in gin mad Spain and the UK before it was rolled out across Europe and the US.

Last year, the brand launched a limited edition bottle inspired by its London heritage. The Spirit of London bottle was emblazoned with a Union Jack, in the centre of which is a silhouette of a Beefeater and the image of contemporary luxury fashion buyer Justin O’Shea.

“As the only historic dry gin still distilled in London, we wanted to celebrate the vibrant contemporary spirit and traditional eccentricities that encapsulate our home city with our new limited edition bottle and we’re delighted with the final result,” J.C. Iglesias, brand director for Beefeater, said at the time of the launch.

The best selling gin brand in America saw flat sales in 2014, keeping it steady at 2.7m cases sold globally last year. Seagram’s is known for its mellow taste and chiselled bottle. The brand’s history is linked the Seagram family, whose crest adorns the bottle.

Seagram’s first distillery was founded in 1857 in Ontario, with Joseph E. Seagram becoming a partner in 1869 and the sole owner of the company in 1883. Seagram’s Gin was first introduced in the US in 1939 as Seagrams Ancient Bottle Distilled Dry Gin. Today the brand is owned by drinks giant Pernod Ricard.

In addition to its Extra Dry expression, launched in 1939, which Pernod Ricard describes as “exceptionally smooth with hints of orange peel, cinnamon and lilac”, Seagram’s has gone big on flavoured variants via the likes of pineapple, peach, red berry, melon, lime and apple offerings.

In May 2006 it launched Seagram’s “Distillers Reserve”, which sees the brand’s master distiller select the best batches for bottling that are rich in flavour and aromatically expressive. Before bottling, the batches are blended together to balance out the blend. 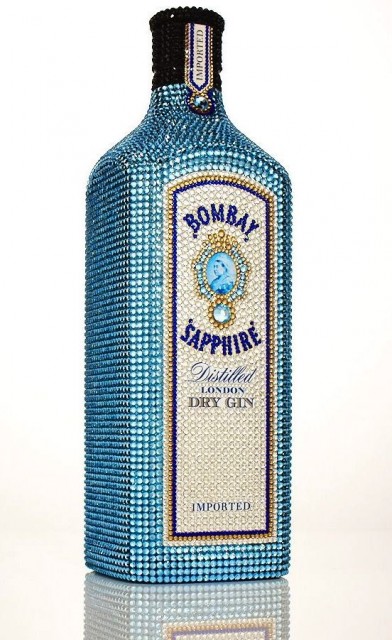 Bombay Sapphire saw its sales surge 7% last year, tipping it over into the three million case mark for the first time. The big news for the brand last year was a change of home, with Bombay Sapphire taking up residence in Laverstoke Mill in Hampshire, transforming the mill into a shiny new distillery and visitor centre.

Featured in the Domesday Book of 1086, Laverstoke Mill’s more recent history saw it produce the paper used to make bank notes for England and the British Empire. Now the two-hectare brown field site has been restored with the help of designer Thomas Heatherwick, best known for creating the Olympic cauldron at London 2012.

The 40 buildings on the site include two glasshouses, one temperate and one tropical, where visitors can see the 10 botanicals used by Bombay Sapphire – juniper, lemon peel, grains of paradise, coriander, cubeb berries, orris root, almonds, cassia bark, liquorice, angelica – on display.

The venue also features a “Botanical Dry Room” and the “Vapour Infusion” stills created by 18th century distiller Thomas Dakin, whose recipe inspired the Bombay Sapphire style. The brand’s master distiller, Nik Fordham, hailed the move as “the start of a new legacy” for Bombay Sapphire, which was first launched in 1987.

This February, the brand launched a multi-million pound global marketing campaign focusing on the provenance of its botanicals. Entitled “Sublime”, the campaign tells the story of the “extraordinary beauty” of the ten locations the botanicals are sourced from, including Morocco, Indo-China, Java and West Africa.

Just last week, the brand announced the launch of Star of Bombay, a “super-premium” expression that aims of redefine the category. On sale later this month, the gin features two additional botanicals to the original 10: bergamot orange peel from Calabria in southern Italy and ambrette seed from Ecuador, in addition to a higher abv of 47.5%. 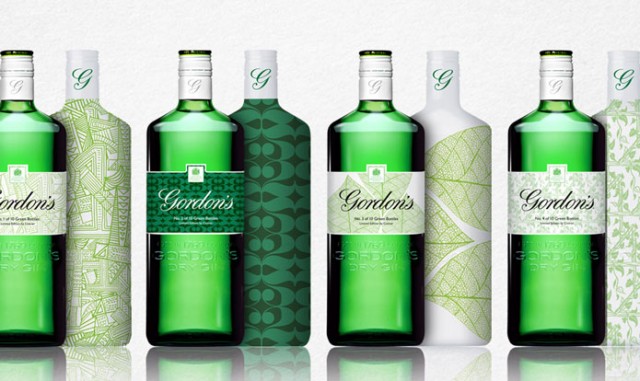 Turning 246 this year, Gordon’s continues to dominate the gin market, with steady sales of 3.6m cases globally in 2014. Founder Alexander Gordon opened the distillery in 1769 just 18 years after Chiswick-based artist William Hogarth published his famous Gin Lane print depicting London as a gin-soaked den of depravity. With Gordon’s, Alexander sought to lift the spirit’s reputation from the gutter into the dining rooms of the elite with a juniper-forward expression.

The company began by producing sweet Old Tom gin until continuous distillation began in the 1830s, with the first mention of “London Dry Gin” appearing on Gordon’s distinctive green bottles in the early 1900s. By then the business had merged into Tanqueray Gordon & Co – the world’s largest gin distiller.

Not shy of innovation, in 1908 the company launched a Sloe Gin and was one of the first to pioneer the “ready to drink” concept with its shaker cocktail range, which made its debut in 1924. Today, gin & tonic accounts for the lion’s share of Gordon’s drunk in Britain, the brand’s biggest market, with sales of 1.25m cases in 2013. Back in 2002, the brand underwent a £15m relaunch that saw its green bottle made over. Continuing its quest for innovation, in 2013 the brand tipped its hat to Hendrick’s with a Crisp Cucumber variant, followed by the launch of Gordon’s Elderflower last year.

In January, Diageo launched a new Gordon’s TV advert featuring “Gordon the boar” mixing G&Ts as part of a £2 million marketing campaign for the brand. “We expect 2015 to be an incredibly exciting year for Gordon’s, with lots more news on the brand to come”, said Louise McKerrow, marketing director for Gordon’s Western Europe.

For Charlie Downing, global marketing manager, Gordon’s is a brand of substance that has stood the test of time, with “quintessentially British, quirky and a little disruptive” brand values. We’ll drink to that.