Saint Emilion estate, Pavie, has unveiled a silver label for its 2012 vintage to celebrate its elevation to grand cru classé A status in that same year. 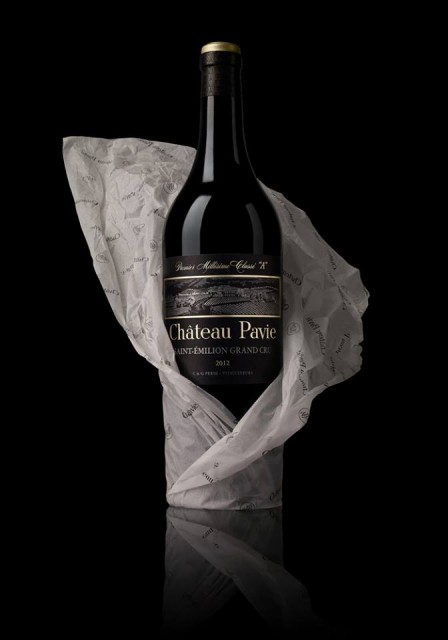 The one-off design, which can be seen on Facebook, follows in the footsteps of fellow Saint Emilion property Angélus, which was also elevated to grand cru classé A status in 2012 and which last year launched an engraved gold bottle for its 2012 vintage to celebrate the fact.

The two estates have become somewhat joined at the hip in recent years, matching each other’s release prices for example, despite opprobrium  from the trade when the two estates further “celebrated” their elevation to “A” status with price hikes of 30% for Angélus and 58% for Pavie for the 2012 wines.

This during a struggling campaign when the trade was calling for price cuts. The gamble somewhat paid off, however, Robert Parker praised the Right Bank in his 2012 report and scored 94 and 96+ points for Angélus and Pavie respectively.

The upgrade did give the two estates a boost in the secondary market. By the end of 2013 Liv-ex was reporting increased trading for back vintages and prices were pushed upwards 27% – outperforming the market quite considerably.

However, by March 2014 prices had begun to settle once more, symptomatic of a wider slowdown in the Right Bank which has continued into this year.

With Parker soon to re-score the 2012s, confirmation of their initial scores or even a revision upwards, may add to the allure of a limited edition gold label however, after all it’s worked for Mouton 2000.