8 things you should know about Prosecco

Anyone that has failed to notice the stratospheric success of Prosecco over the past few years is likely to have been living in a cave. 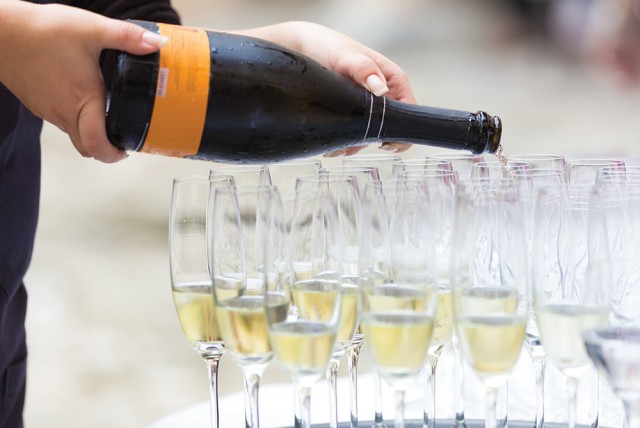 Far from a poor-man’s Champagne, Prosecco is building a reputation as a premium sparkling wine the world over with global sales overtaking those of Champagne for the first time in 2013.

In the UK the Italian sparkler achieved a 74.6% uplift in the year to 20 July 2014, according to figures from Kantar Worldpanel, while one of the country’s biggest on-trade suppliers, Bibendum, reported a 295% surge in super-premium Prosecco sales with a 150% rise for premium Prosecco.

The category is also on the up in the US with 18 million Americans now said to drink sparkling wine at least once a week, according to a report by Wine Intelligence. While Champagne has long been the dominant sparkling import in the US, it is facing fresh competition not only only Italy, but from Australia and New Zealand, boosted by a growing habit among Americans of “everyday celebration”. The increased prominence of imported sparkling wine styles, especially Prosecco, appears to be driving the trend, pushing sales past 20 million cases a year.

As the corks continue to pop, will the current Prosecco boom turn out to be one of the great success stories, or is the bubble set to burst? As industry commentators place their bets, db has rounded up some must-know facts for navigating Italy’s premium fizz market.

Click though for a crash course on the Italian sparkler…

It’s only made in north-East Italy

Prosecco is only Prosecco if it is produced in a delimited area of north-east Italy which comprises nine Provinces across the regions of Friuli, Venezia, Giulia and the Veneto. This area is split into two designated regions; Prosecco DOC (Denominazione di Origine Controllata), which covers a wide area of the Veneto and Friuli, and the smaller and higher quality Conegliano-Valdobbiadene Prosecco Superiore DOCG (Denominazione di Origine Controllata e Garantita). The latter comprises 15 communes lying between the towns of Conegliano and Valdobbiadene with vineyards located on steep limestone hills north west of Venice. The entire region covers 13,000 acres (5,200 hectares) with the majority of vineyards picked by hand.

Grapes in a name? 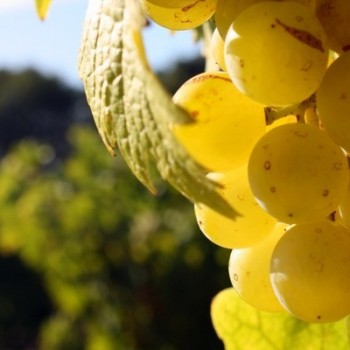 The Glera grape was previously known as Prosecco, named after the town of Prosecco near Trieste where the grape originally came from. However its name was formally changed to Glera in 2010 to prevent it from being grown in other parts of the world and being branded as “Prosecco”. 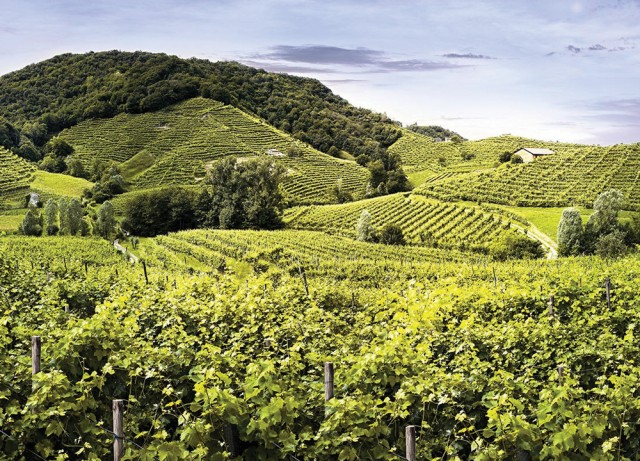 The highest quality and most expressive Prosecco comes from Cartizze – a steep hillside “cru” located in the Conegliano Valdobbiadene DOCG covering just 107 hectares. This micro-area boasts the oldest soils in the denomination and is characterised by a combination of a mild microclimate, considerable differences between day and night time temperatures and soil which allows for good drainage, while ensuring a constant water supply for the vines. There are 140 Cartizze growers operating in the area.

The wider “Rive” term on a bottle of Prosecco meanwhile denotes that it was made exclusively from fruit grown at one of the region’s best and steepest vineyards. These wines are often terroir-driven highlighting an area’s individual characteristics. There are 43 Rive in total in the Conegliano Valdobbiadene DOCG.

Prosecco is produced as either fully sparkling, spumante, or lightly sparkling, frizzante, with the former undergoing a full secondary fermentation and therefore more expensive. Frizzante on the other hand stops forming bubbles soon after pouring.

It has a really long history 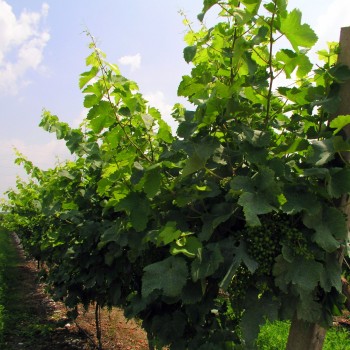 Prosecco dates back to the Roman times when the Glera grape was first grown in the village of Prosecco, an area formerly known as Puccino.

Its roots lie in Ribolla, a popular style of wine in the area during the 16th century, and which would later go on to be known as Prosecco. The wine was well-regarded by the Roman writer Pliny the Elder and Emperor Augustus’ wife Livia who believed it had healing capabilities and could help them live longer. Enjoyed by dignitaries of the time, it became known as “castellum nobile vinum Pucinum”, named after the castle adjacent to the small village of Prosecco in a bid to distinguish it from imitations.

It later came to be known as Prosecco with its first documented mention attributed to Englishman and travel writer Fynes Moryson who visited the region in 1593. 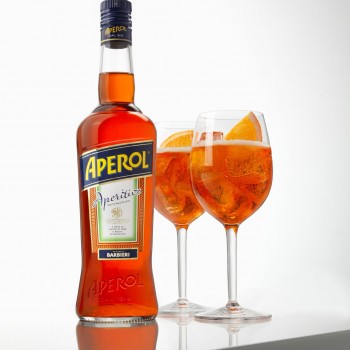 The Aperol Spritz is widely regarded and one of the original Prosecco-based cocktails – a popular aperitif made with Prosecco, seltzer and either Campari or Aperol.

Prosecco also forms the base of the much-loved Bellini cocktail – a mixture of Prosecco sparkling wine and peach purée or nectar that originated in Venice, Italy.

Make your own Aperol Spritz :-

Add lots of ice to a large wine glass. Pour over the Aperol, followed by the Prosecco. Stir briefly and add a splash of soda water and a slice of orange.

It is a genuine rival to Champagne 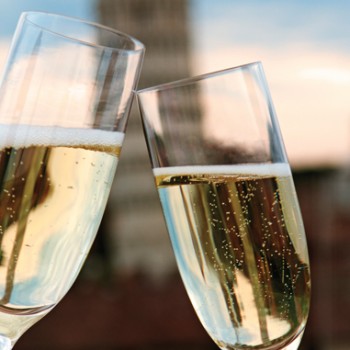 The OVSE also reported that global value sales were up 16%, while volume sales increased by 11.5%. The popularity of the sparkler has been attributed to value-minded consumers trading down during the recession to a more affordable sparkling wine alternative to Champagne.

It’s made using the Charmat, or tank method 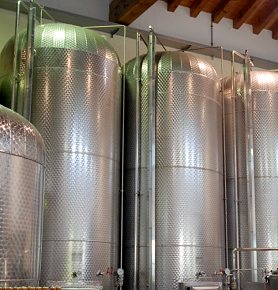 Unlike Champagne, Prosecco is made using the Charmat, or tank method. This is a method of sparkling wine production which sees a wine’s secondary fermentation take place inside stainless steel tanks rather than in bottle. This makes the wine less expensive to produce as the process of disgorgement is not necessary and dead yeasts can be filtered out in bulk and bottled under pressure.

While the vast majority of Prosecco is made in this way, in the Conegliano Valdobbiadene DOCG producers are allowed to use of the “Metodo Classico”, the same method used in Champagne whereby secondary fermentation takes place in the bottle rather than in tanks.

It is illegal to serve Prosecco from a keg 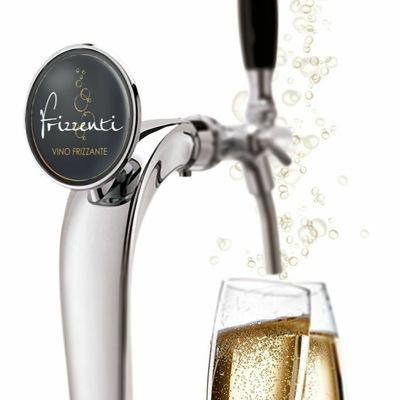 If your Prosecco comes out of a tap, then it isn’t Prosecco. It is illegal to market sparkling wine served from a keg as “Prosecco”. It is instead Italian sparkling wine. This follows a 2009 EU law that states that “Prosecco wine shall be marketed exclusively in traditional glass bottles”, with producers quick to call out pubs and restaurants trading off the back of their region’s speciality.

“If Prosecco is sold on tap then it is no longer Prosecco – it needs to be served directly from the bottle,” Luca Giavi, the director of the consortium of winemakers in the Valdobbiadene-Conegliano DOCG has said. “We’re just trying to protect consumers – if they order a glass of Prosecco, then that it what they should be getting. We’re safeguarding the reputation of Prosecco – the producers of Champagne or Chianti or Barolo would do the same for their wines.”

Establishments found marketing Italian sparkling wine as Prosecco could be prosecuted for fraud under the European Union trading regulations and liable to a fine of up to €20,000.