We’re not in Kansas anymore …

The first Melbourne Barbecue Festival took place earlier this month proving that when it comes to barbecuing Australians can do more than just throw another shrimp on the barbie. 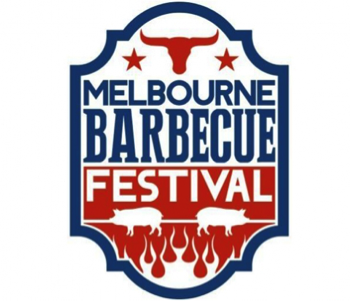 While the American style of barbecue with its low temperatures, slow cooking and smoke infused meats may not fit the familiar image of Australian barbecue, the crowds that turned out for the Melbourne Barbecue Festival suggest it may not be long before this style takes hold Down Under.

Held in conjunction with the Kansas City Barbeque Society (KCBS), the Festival was built around the first KCBS sanctioned competition to take place in the Southern Hemisphere, bringing with it the legendary Jim Johnson. A KCBS master barbecue teacher, judge, and highly decorated barbecue Pitmaster, Jim presented a pre-competition masterclass sharing tips and techniques that have seen him win 76 Grand Championships during his 28-year competition career.

The Kansas City Barbeque Society has been in existence for nearly 30 years and at 19,000 members globally, it is the world’s largest organisation of barbecue enthusiasts. KCBS sanctions over 450 barbecue competitions annually in addition to acting as the officiating body for The Jack Daniels World Championship Barbecue, known in the barbecue world as The Jack, the World Food Championships and the American Royal World Series of Barbecue Competition.

Under KCBS regulations there are four compulsory meat categories in the competition and entrants must “turn-in” or present each category for judging at the appointed time and in the sanctioned container with garnish as permitted by the regulations. The categories are chicken, pork ribs, pork shoulder and beef brisket with an optional Chef’s Choice category, the latter allowing competitors to present their own creation. Each entry is judged blind and marked on appearance, taste and tenderness.

Jesse Rogers of Eureka Smoke and Anthony Swoboda of Southern Boys, overall winners and fourth placeholders respectively, explain that the highest stress during the competition is in the lead up to the first turn-in which is the chicken. Organisation is critical to success and when turn-ins begin the teams must manage the cook and rest time for each piece of meat, saucing the meat, preparing the entry and delivering it to the judges every 30 minutes.

Competition is fierce with thousands of dollars worth of prizes up for grabs. In the lead up to the competition teams often spend months discussing ideas, trailing recipes and techniques and practicing under competition conditions – that is cooking through the night and working under pressure while being sleep deprived. Both Jesse and Anthony confirm that their wins in the separate categories (chicken for Eureka Smoke and pork ribs for Southern Boys) used recipes that had been through rigorous experimentation and testing to find just the right flavour combination for the judges.

Thousands turned out to support the competition and enjoy the festival, which concluded with the announcement of the competition results. After separate category awards, the overall Grand Champions are announced, this year it is the husband and wife team of Eureka Smoke. Not only were Eureka Smoke awarded overall winners, they also placed in the top two for three of the four individual categories, which reflects the experience they have behind them including competing at the American Royal Open Contest in Kansas City – clearly their hard work and dedication is paying off.