“Considerable pent up demand” after the biggest downturn since World War II and a growing global consumer base have led one wine investment firm to predict a 9% rise for the fine wine market in 2015. 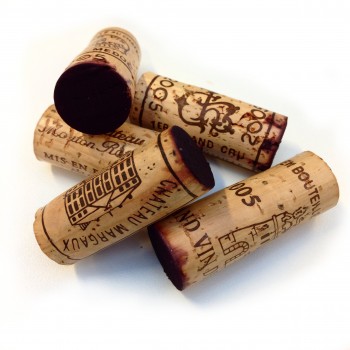 After a 7.3% slide in the Liv-ex Fine Wine 100 during 2014 confirmed its fourth consecutive year of decline, The Wine Investment Fund noted this scale of downturn as being “completely without precedent in modern times”.

Despite a 36% net fall from the Liv-ex 100’s peak in mid-2011 to the end of July 2014, the investment firm echoed commentators elsewhere in highlighting signs of recovery since then, which it suggested could pick up speed in 2015.

Indeed, as interest in 2005 Bordeaux drove a January rise of nearly 2% for the index, its biggest monthly uplift for two years, The Wine Investment Fund picked out a number of reasons for future optimism.

First of all, it noted, “There is considerable pent-up demand after such a long period of price declines – from merchants (for restocking) and from investment entities (for committing funds). Once a recovery is established, this could lead to a sharp upwards movement.”

Despite acknowledging the “far from certain” economic environment, especially in Asia, the company balanced this by citing a recent UBS survey that indicated a growing number of wealthy individuals around the world, as well as the attraction of a physical commodity such as wine in a time of economic or political uncertainty.

Analysing historical trends for the Liv-ex 100, which “is now far below its long-run growth rate”, The Wine Investment Fund noted “the potential for sharp increases in order to return to trend.” Commenting on the likelihood of such an uplift for the index, the firm suggested: “Its recent fall has been beyond anything seen for decades. Such indicators suggest that prices have fallen too far and could recover relatively rapidly.”

Looking ahead to Bordeaux’s en primeur campaign in the spring, a vital event for the fine wine market as a whole due to its volumes, and already the subject of much discussion in the trade, The Wine Investment Fund pointed to “significant uncertainty” over how successful this 2014 vintage would prove.

Nevertheless, the company commented: “Our central prediction is based on a decent vintage (not stellar, but better than average) and a well-priced (but not giveaway) campaign: if prices are too expensive the market could fall back a little; if prices are lower than we expect it could provide a ‘shot in the arm’.”

Although stressing that it was “still cautious…about declaring a definitive turn in the market,” the fund forecast that the last few months and “immediate future” would in time “look like having been an exceptional and very attractive buying opportunity.”