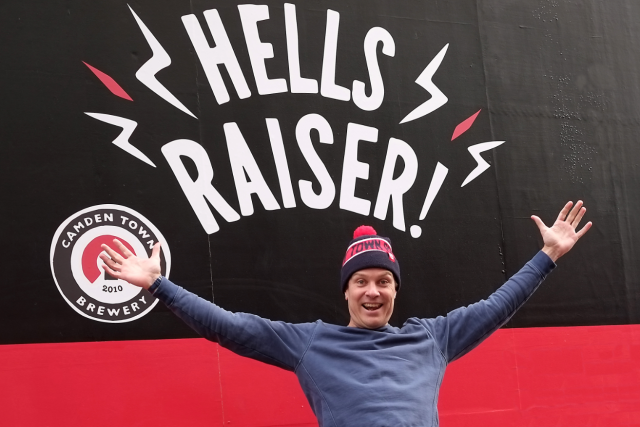 Jasper Cuppaidge’s “Hells Raiser” campaign, a play on the brewery’s Hells Lager, is asking Londoners to help them raise £1.5m through equity crowdfunding platform Crowdcube to allow it to build a second brewery in the capital.

Investors will be rewarded based on their donation based on the brewery’s “Nine Circles of Hells Raiser.”

Every investor will receive an official share certificate, with rewards increasing in line with the investment amounts which range from discounts at the brewery bar and website, to crates of beer delivered direct to your door.

For investments over £100,000 the Camden Town Brewery team will throw a huge party for you and up to 50 revellers, at your home or office space and a three-day brewery tour trip to Bavaria will be offered to anybody investing over £250,000.

Those investing the maximum of £500,000 will reach the ninth and final circle of Hells Raiser and will be able to suggest what their reward should be,with “legal and moral restraints”. These investors will also have a Camden Town Brewery lorry named after them.

Jasper Cuppaidge said: “We’ve been growing at a crazy pace down here at Camden Town Brewery over the last few years. A new brewery has been our dream for a while now and will make sure we’re able to keep up with demand and our ambitions. We hope Londoners will get on board with the Hells Raiser crowdfunding campaign and help us reach our target and make this dream a reality. We want people to join the journey with us – and we are certainly going to have some fun along the way!”