Sharp’s Brewery has set out plans to maintain recent growth rates, which have seen volumes from this UK beer producer quadruple in the last four years. 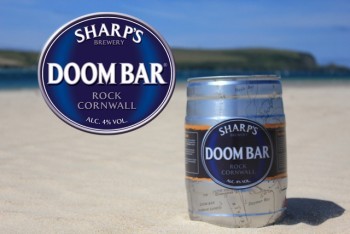 The news comes as 2014 saw UK beer sales end their five consecutive years of decline, thanks largely to a rise in lager sales and ongoing momentum within the craft beer sector.

2014 also saw Sharp’s team up with Michelin-starred chef Nathan Outlaw to open its first pub, The Mariners, in the brewery’s home village of Rock.

With plans for a refurbishment of the building this year, Outlaw said: “The team have done a tremendous job in 2014 and the pub has been well received by all. We look forward to building on this success and working with Sharp’s in 2015 to fully implement our combined vision for the public house: providing exceptional beer and exceptional food which caters to all tastes and celebrated in the unique provenance of North Cornwall.”

While the brewery’s flagship brand Doom Bar continues to grow, Sharp’s confirmed a plan to step up distribution for recent additions to its range, including Cornish Pilsner and Atlantic Pale Ale, as well as launching new beers into the market.

Emma Bebbington, director of Sharp’s Brewery said: “The sales growth of our core brands has allowed us to invest back into the brewery and our people, whilst expanding our capacity to meet growing consumer demand.”

Looking ahead, she revealed: “In 2015 we aim to maintain our rate of growth by rewarding loyalty for Sharp’s customers, increase the availability of new brands such as Cornish Pilsner, Atlantic Pale Ale as well as introducing exciting new beers and brands already in development.”

Bebbington also announced the launch of a marketing campaign, titled “There’s An Adventure Brewing”, which she promised “will offer our consumers some truly exciting and unique opportunities.”