Bordeaux’s Left Bank as tracked by the Liv-ex 500 has bucked a negative trend recently, with some Châteaux doing particularly well. 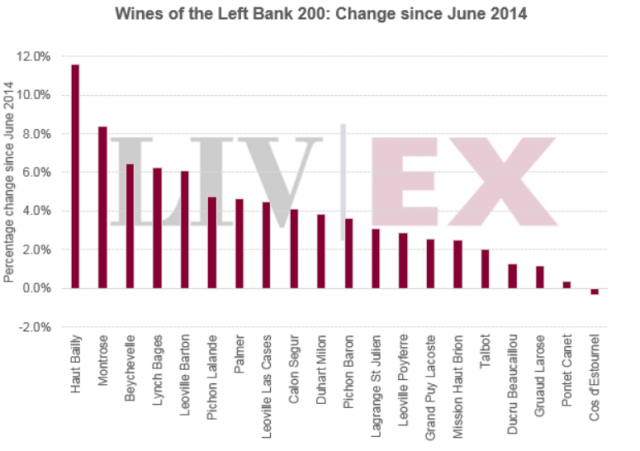 Left Bank wines have performed well according to the latest data from Liv-ex, particularly Châteaux Haut Bailly, Montrose and Beychevelle. The region accounts for twenty of the fifty wines tracked by the Liv-ex 500 over the last ten vintages available.

“There’s some point in any market when price invites demand to return, and I don’t think it’s any more than that,” said Liv-ex director, Justin Gibbs

Yet two of the left bank stars of the Liv-ex 500 also benefitted from having their Parker scores reappraised, as Gibbs acknowledged. “In the last six months Robert Parker has done three vertical tastings of Bordeaux – Mouton, Haut Bailly and Montrose. An upgrade from Parker may be just a point or two, but it’s a point or two from near perfection to perfection.”

Asked if the “Parker effect” was magnified by the market’s current uncertainty, Gibbs said: “Possibly – there’s still a lot of apprehension, and still a lot of people needing convincing, but t doesn’t take much. If you can pay £100 a bottle for a second growth with a 100 points written all over it, people think ‘if that was a first growth, I’d be paying 6k (a case)’.”

While “the mood remains negative and the market’s tough, the opportunities for the brave-hearted abound,” Gibbs continued.

Citing the combination of a four year decline – unprecedented at least since the 1970s, and a decade that saw three of the best vintages ever, he said: “You might wonder – why does the market go down.” 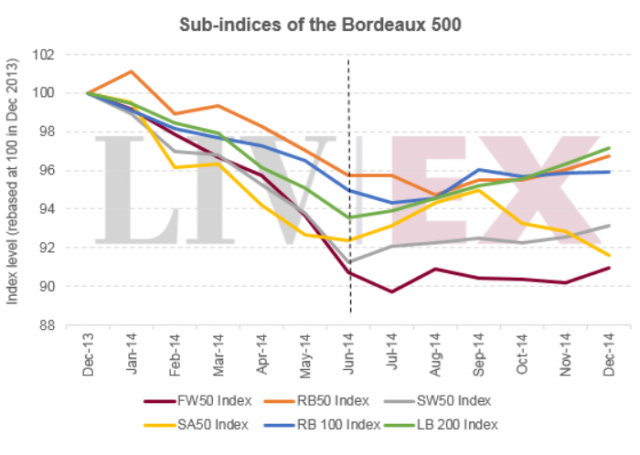