Australian exports to Asia up in 2014

Australian wine exports to Asia rose 8% by volume in 2014 and despite the slowdown in China, bottled exports are recovering to pre-austerity levels. 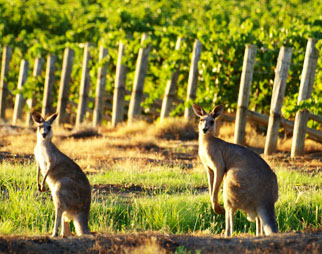 Overall exports grew 1.9% in both volume and value over the course of 2014 to 700 million litres worth AU$1.8bn, with the five biggest export markets being the US, UK, China, Canada and Hong Kong.

According to the Australian Grape and Wine Authority (AGWA), the increase in value is the first time since 2007 that Australia has posted positive value growth. The average value of overall exports remains a steady AU$2.60 per litre.

A depreciating Australian dollar helped exports, as did a record harvest in Spain in 2013 which helped push down prices on bulk wine.

AGWA’s acting chief executive, Andreas Clark, said: “It’s encouraging to see the value of Australian wine exports in positive growth for the first time since 2007 and increasing demand for our premium wines was a major contributing factor to that growth.

The AGWA reported that exports to Asia increased 8% to 40m litres worth AU$224m, with bottled exports recovering to levels recorded before the full effect of the austerity measures came into effect.

Of Australia’s ultra-premium wine exports (above AU$50 per litre), a staggering 90% went to Asia. The average value of exports to Hong Kong grew by 43% to AU$14.57 per litre and ultra-premium exports grew 127% to AU$52m.

Exports to Singapore meanwhile rose 37% to AU$59m and in the ultra-premium segment exports grew by 123% to AU$12m.

Malaysia was also a strong performer, growing 33% in value to AU$35m with an ultra-premium segment growing 60% to AU$10m.