With Jay-Z snapping up Armand de Brignac Champagne for a reported $200 million, we take a look at the rap stars staking their claim on the wine industry. 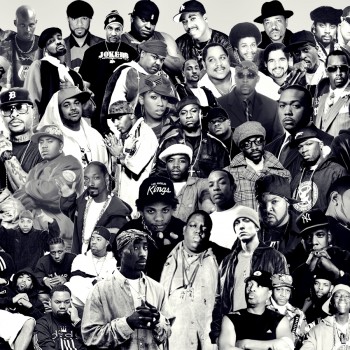 There is no doubt that the approval of a global hip hop superstar can send a brand’s popularity into the stratosphere, propelling it into the luxury market.

While rappers are generally far from being skilled sommeliers, they are hugely influential and can make a massive difference to global sales. Take P Diddy’s Ciroc vodka, VIP celeb favourite Grey Goose or the ubiquitous Cristal Champagne – all of which have benefitted from their popularity with the celebrity, not to mention hip hop, elite.

Jay-Z might be the latest global superstar to hop on the wine trade train, but he certainly won’t be the last. 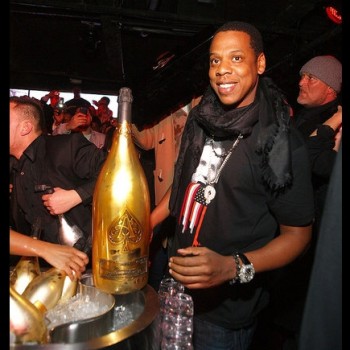 Earlier this week US rapper Jay-Z announced he had acquired Armand de Brignac Champagne from Sovereign Brands after making the company an offer it “simply couldn’t refuse”. Shawn “Jay-Z” Carter has championed the fizz, produced by Champagne Cattier, since it first launched in 2006 with bottles appearing in his video for the single Show Me What You Got. The rapper even commissioned a 350-bottle tower of Armand de Brignac to serve as the centrepiece at a fundraiser for President Obama at his 40/40 nightclub in New York to years ago. 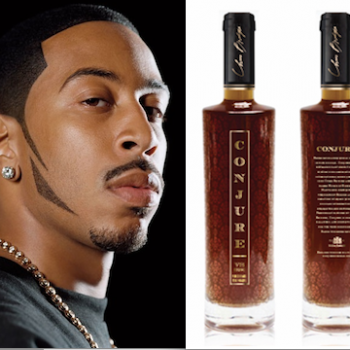 Rapper-turned-actor Ludacris, also known as Chris Bridges, launched his own Cognac brand, Conjure, in 2009 in collaboration with Birkedal Hartmann. The hip-hop star visited the region in 2008 to blend the brandy himself after tasting more than 40 samples. The final Cognac was made using the Ugni Blanc grape from regions including Grande Champagne, Petite Champagne and Borderie and aged in 50-year-old oak barrels from Limousin. 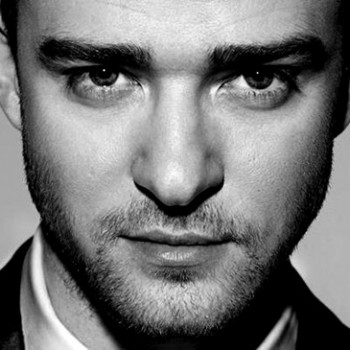 Admittedly from the softer side of the hip hop community, Justin Timberlake is known to be more than capable of the odd rap.

The Sexy back singer commissioned a special wedding cuvée called Blue Ocean Floor – a red blend from Sonoma County – to be served at his wedding to actress Jessica Biel in southern Italy. It was made from Alexander Valley Zinfandel, Petite Sirah and Cabernet Sauvignon from the 2009 vintage. Jesse Katz, winemaker at Lancaster Estate in Alexander Valley, and a friend of both Justin and Jessica, made two barrels of the wine to mark the occasion.

In addition to being poured at the reception, which reportedly cost around $6.5m, the wine was also given as a gift to guests who included Saturday Night Live’s Jimmy Fallon and hip-hop producer Timbaland. Timberlake also has own ultra-premium Tequila brand, 901, made from triple distilled 100% blue agave and named after the area code of the singer’s hometown of Memphis. 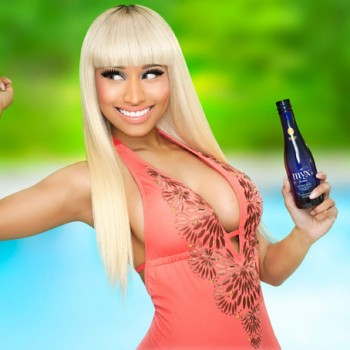 In 2013 Nicky Minaj jumped on the Moscato bandwagon becoming part-owner of Myx Fusions – a fruit-infused single serve Moscato. As of September, monthly sales of the drink had grown 500% in the previous six months with distribution expanding from nine to 42 US states.

Not one to miss an opportunity to publicise her endeavour, Minaj recently made a reference the brand in her song “Bang Bang”, featuring Jessie J, Nicki Minaj and Ariana Grande, in which she raps: “It’s MYX Moscato/It’s frizz in the bottle/It’s Nicki full throttle”. Housed in 6oz electric blue crown-capped bottles, the range comprises three flavors: Original, Coconut & Moscato, and Peach & Moscato. 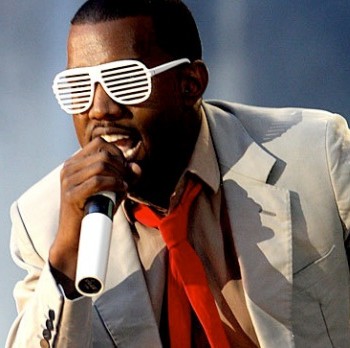 While he hasn’t committed financially to the wine industry just yet, rapper Kanye West, like Ms Minaj, is known to be an avid fan of Moscato – the sweet, inexpensive and low alcohol wine from Italy.

The style has experienced something of a hip hop renaissance in recent years, with Drake and Lil Kim also said to enjoy a glass. The style stands in contrast to the typically aspirational drinks choices of other rappers, such as Champagne and Courvoisier, which mark a taste for the high life. A liking for Moscato on the other hand signals a turn toward a more down-to-earth and all together less flashy beverage for the world of hip hop. 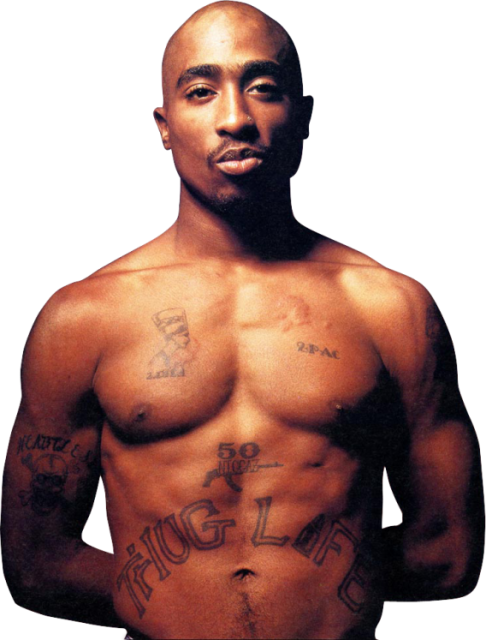 Produced by Louis Roederer, Cristal Champagne was first created in 1876 for Alexander II of Russia. It has since come to be increasingly associated with rap and hip hop culture and referenced in many song lyrics. Often referred to as “Crissy”, it was the favoured fizz of late rapper Tupac Shakur who was so fond of the brand that he devised his own cocktail, Thug Passion – a blend of Alizé Gold Passion liqueur and Cristal.

Shakur sold over 75 million records worldwide and is regulalry cited as one of the most influential rappers of all time. Toward the end of his career, Shakur was particularly vocal on the rivalry brewing between so-called west coast and east coast rappers and became embroiled in feuds with other rappers including Notorious BIG and Bad boy Records. He was killed in a drive-by shooting in Las Vegas in 1996.

Luc Belaire Rosé is the favourite French fizz of American rapper Rick Ross who loved it so much that he launched a fan club called “Black Bottle Boys”, referencing the brand’s signature black bottle. The brand was created by Brett Berish, CEO of Sovereign Brands, which incidentally was also responsible for creating Jay-Z’s Armand de Brignac Champagne. “Rick Rosé”, as he has become affectionately known, became an advocate of Luc Belaire soon after it launched last year, featuring the fizz in a number of his music videos and on his social media feeds.

Earlier this year the brand branched out from sparkling rosé with the release of a brut non-vintage made from 100% Chardonnay grapes grown in Burgundy. Priced at £29.99 a bottle, the brand’s signature black bottle has been tweaked, with the original pink script on the silkscreen label changed to gold. 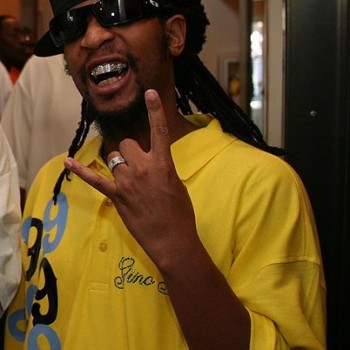 Before venturing into the wine market, Lil’ Jon released Crunk!!!, an energy drink named after the rap style on which he has built his musical career. Lil Jon has not released an album since 2010, when he released Crunk Rock as a solo artist. Prior to that he had enjoyed success with Lil Jon & The East Side Boyz, a group he founded in 1997. 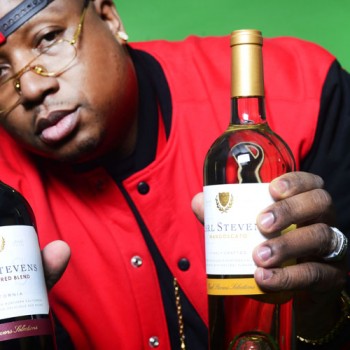 West Coast rapper E-40’s three strong range of wines, The Earl Stevens Selection, has proven a sell-out success in the States selling more than 180,000 bottles this year alone. Named after the rapper’s birth name, the trio was added to Southern Wine & Spirits’ portfolio in January which has said it has struggled to keep up with demand for the brand since. It has become one of the company’s fastest growing brands, accounting for US$2 million in net sales.

Ranging from US$9.99 to $15.99, the trio is comprised of Function, a blend of Lodi Zinfandel and Cabernet, a Moscato and Mangoscato. The range was created by UC Davis graduate Steve Burch and made at DFV Wines in Manteca with grapes sourced from California’s Central Valley. 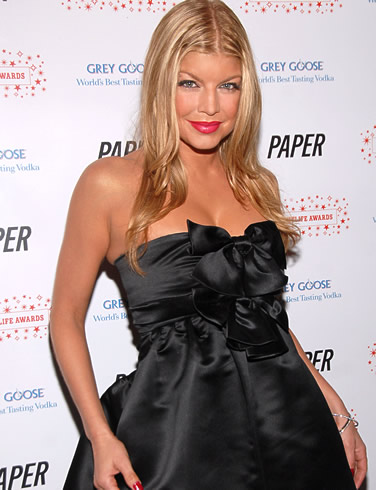 Pop star Fergie, known as the female vocalist of hip hop group The Black Eyed Peas, announced in 2012 that she had bought a vineyard in the Santa Ynez Valley in Santa Barbara, California and would be launching her own wine under the name Ferguson Crest, alongside her father Pat Ferguson.