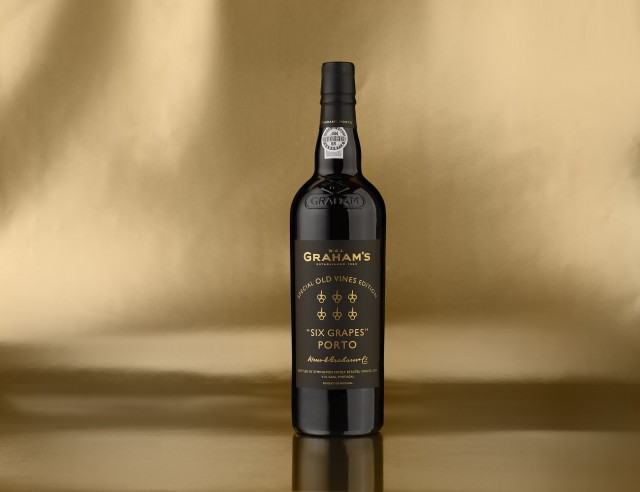 Winston Churchill was known to be extremely loyal to his favourite alcohol brands, his love of Pol Roger well-documented, with Port being no different.

Graham’s Vintage Character Port, the name previously given to Six Grapes by merchants in the UK, was a personal favourite of Sir Winston Churchill with invoices from his wine merchant, Hatch, Mansfield and Co., indicating it was the only brand of Port the politician had ordered throughout his lifetime.

Made from the very oldest vines on Graham’s Douro vineyards, the Special Edition Six Grapes has been produced from the oldest vines from across Graham’s five Quintas, many of which are over fifty years old.

The 2011 and 2012 vintages were said to be “outstanding years” in the Douro with wines from both of these harvest used to create Six Grapes Old Vines.

The Six Grapes symbol has been used to identify Port barrels containing Graham’s very best and vintage wines since the nineteenth century.

A limited number of Six Grapes Old Vines bottles will be stocked at merchants across the UK including Fenwicks, New Street Wine Shop and Cambridge Wine.