Singapore and the south east Asian countries of Indonesia, Malaysia and Taiwan are possibly the most exciting markets in the region right now thinks Justerini & Brooks’ managing director, Chadwick Delaney. 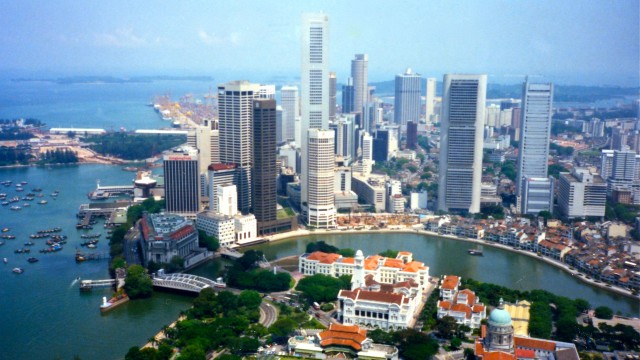 Speaking to the drinks business at the merchant’s portfolio tasting this week (5 November) in Hong Kong, Delaney said that Justerini & Brooks’ presence in Singapore, which stretches back to 1976, was beginning to open doors in the rest of South-East Asia.

“There’s growth now in Taiwan and Indonesia,” he explained. “These markets – like many others – have a very thin layer of wealth. They’re extremely rich, there are very few of them and you get to them by word of mouth. often they bank or even live in Singapore and by being involved there we’ve found our way into Indonesia, Malaysia etc.

“It’s the most exciting area in Asia at the moment.” the merchant recently held a Margaux dinner in Jakarta and he added that the issue of provenance and the realisation of its importance by Asian collectors was raised once more – the diners at first “sceptical” and then very much surprised that a 1966 vintage “would still be good”.

It showed, thought Delaney, that they have previously not been exposed to properly stored older vintages but that now Asia is, “realising that storage is as important as cost”.

Speaking of what appears to be a thawing of the fine wine market and buyers looking back to Bordeaux, Delaney added that the merchant was “definitely seeing” buyers returning to the category and “cautious but increasing demand”.

As reported by many other merchants, he said that the “weight” of demand was on older vintages particularly from the 1980s and 1990s and he predicted it was “where the recovery will come from”.

“It’s one of the greatest vintages ever made and at approachable prices. There’s huge opportunity with ’05 and ’09 and ’10 we all know are fantastic.”