A wine merchant in the Chinese city of Shenzen has held a public destruction of several bottles of fake Lafite he bought at auction. 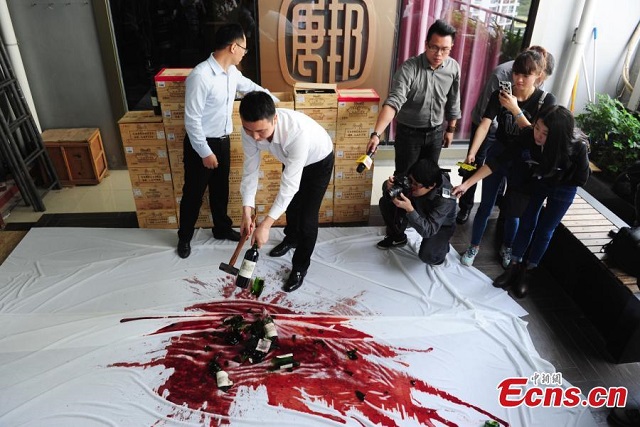 At a highly publicised media event, staff smashed a large number of bottles of Lafite and second wine Carruades de Lafite that had been identified as fake.

The dealer had apparently bought 13,069 bottles of the Bordeaux first growth for more than seven million yuan (US$1.4m) at an auction but later found that around 200 bottles were not the real thing.

Xinhua News Agency reported that the bottles were bought at an auction of confiscated goods in May 2012. Bottles sent to Lafite for verification proved that some were fake and the merchant, Shenzhen Tang Bang Jiu Ye, is currently filing a complaint with the Shenzen copyright bureau to try and track down the source of the fake wines.

Fake Lafite is a real problem in mainland China with a report this May claiming that half the Lafite sold in China is fake.