While many might dream of being the owner of a world class collection of wine, this gang of high-rolling oenophiles made it a reality. 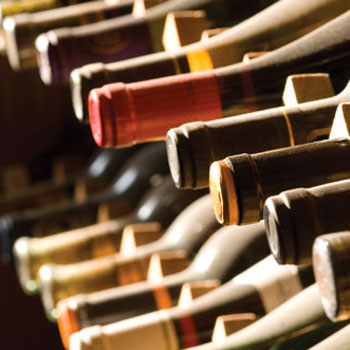 While many of the world’s biggest wine collectors are sure to go under the radar, there are many who have gained notoriety not only for their handsome wine collections but for their fame, fortune, not to mention brushes with the law.

With wine continuing to provide a sure investment, vintage Champagne has more recently been touted as the next big thing in wine investment.

London-based fine wine merchant Woolf Sung believes vintage fizz currently presents the most value for money in the fine wine investment market, with 10% growth expected over the next year. 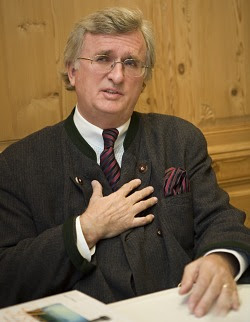 Hardy Rodenstock, of Germany, is a prominent wine collector, connoisseur and trader with a special interest in old and rare wines. He became known for his ability to track down old and very rare wines and penchant for hosting extravagant wine tastings throughout the 80s. The most famous Rodenstock tasting was held from August 30 to September 5 in 1998 in Munich when a vertical tasting of 125 vintages of Château d’Yquem from 1784 to 1991 took place.

Rodenstock hit the headlines again in 1985 when he put a bottle of 1787 Château Lafite Bordeaux up for sale. The bottle had the initials ThJ etched onto it, believed to be those of the former President Thomas Jefferson. It sold for for $156,000 however debate over its authenticity continues to this day, so much so that it became the subject of bestselling book, The Billionaire’s Vinegar, which tells the story of this mysterious wine through experts and those closest to its sale. 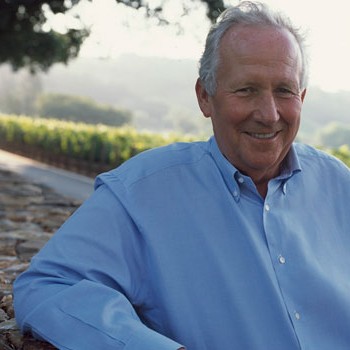 Leslie Rudd, the founder of epicurean US deli Dean & Deluca, is reported to have 10,000 bottles of wine stored at his Napa Valley restaurant Press. Specialising only in Napa Valley wines, the cellar is stocked with rare and older wines from more than 25 of the valley’s pioneering vintners. Today it is believed to be the largest all-Napa collection of wine in the US. The cellar itself consists of three separate climate-controlled spaces joined by one tasting room, separated from the main cellar by floor to ceiling glass walls.

Rudd is also the owner of the Rudd Oakville Estate in Napa. 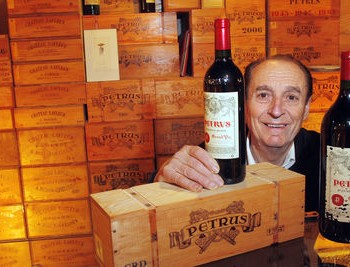 Considered one of the top wine collectors in the world, Michel-Jack Chasseuil has a collection of some 40,000 wines featuring bottles from some of France’s top estates.

Earlier this year Chasseuil, 72, made headline news after masked intruders tricked their way into his home, held him at gun point and threatened to kill him unless he gave them access to his cellar. Despite being held hostage for over two hours, the thieves were unable to break into cellar which was protected behind armoured doors. The security measures had been installed by Chasseuil to protect what he considered a vault dedicated to “France’s heritage”. The thieves eventually fled with 15 cases of “second-rate” wine and some items from his car.

Chasseuil spent decades building his collection which is detailed in his 2011 book, 100 vintage treasures: From the World’s Finest Wine Cellar. 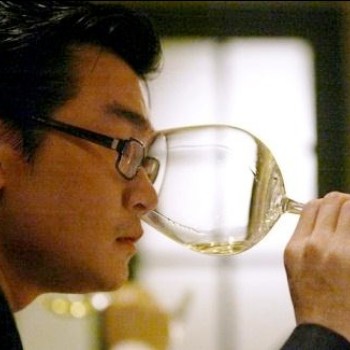 Rudy Kurniawan will perhaps be remembered as one of history’s most infamous wine collectors, but for all the wrong reasons.

Kurniawan was jailed for 10 years earlier this year after he was found guilty of cheating collectors out of millions of dollars selling fake vintages of fine wines. Up to 12,000 bottles of fake vintages are believed to have been manufactured by Kurniawan in 2006 alone, who then sold them at auction using the collateral to secure a loan of $3 million. Kurniawan would mix old wine with newer vintages in his kitchen before passing them off as more expensive wines, all while living the lifestyle of a fine wine connoisseur and collector.

As well as receiving a jail term of 10 years, the 37-year-old was ordered to pay $28.4 million in restitution to his victims and another $20 million as part of a forfeiture agreement.

Kurniawan was the first person ever to go to jail for selling fake wine in the US. 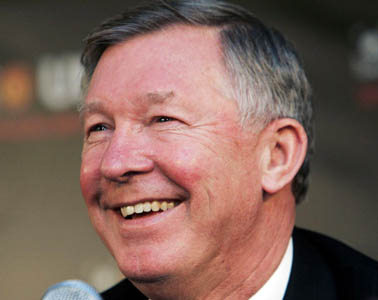 Former Manchester United manager Sir Alex Ferguson is a well-known collector of wine with thousands of bottles making up his vast collection.

This year some 5,000 bottles belonging to the 73-year-old Glaswegian, including a vast amount of Domaine de la Romanée-Conti, were sold off via three charity auctions organised by Christie’s. Highlights included six bottles of DRC 1999 sold with a signed Champions League shirt from 1999, a case of Pétrus 2000 and signed Imperials of Sassicaia 2005 and Ornellaia 2006.

Ferguson, whose interest in wine began during a scouting trip to France, said of his collection: “The importance of collecting wine was that it served as a distraction and gave me a balance in my life that helped me in dealing with the intensity and demands required of me as the manager of Manchester United. In retirement, I now have the time to visit the places and people that will feed my passion, so felt it made sense to release a large number of the wines I had collected over the years. I hope many will enjoy exploring my collection.” 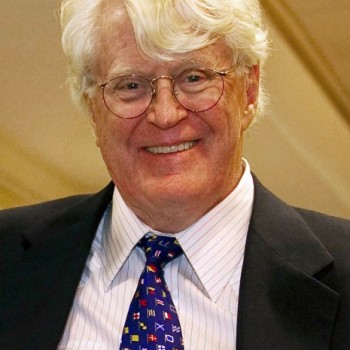 US billionaire Bill Koch is an avid collector of wine and has been involved in a number of high-profile lawsuits over counterfeit wines in the past, most notably against Hardy Rodenstock for the sale of wine purported to have been owned by Thomas Jefferson.

Koch also sued Rudy Kurniawan, as well as the auction house Acker, Merrall & Condit, through whom Koch purchased Kurniawan’s wine. He had been claiming damages of US$4.2 million after buying (he claims) over 200 fake bottles from the house between 2005 and 2006 for over $2.1m.

Earlier this year Acker Merrall & Condit paid a“substantial sum” to Koch in an out of court settlement in relation to the Kurniawan case. 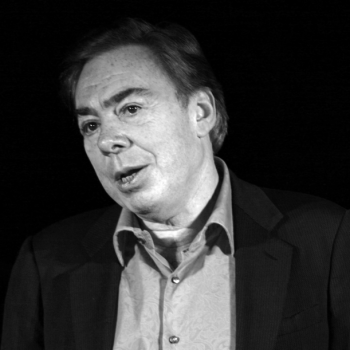 Another high-profile wine collector is celebrated composer Andrew Lloyd Webber. Webber’s fascination with the world of wine started early, due in part to his aunt and uncle’s enthusiasm for Italian wines. As a boy of nine or 10 Webber would be treated to sips of Barolo wine, which Webber has since said was “far too young” to be enjoying such fine wines. By the time he was 15 Webber considered himself a wine collector and would later arrange to have fine vintages delivered to him at Westminster where he was a student. Webber has said in past interviews that he can still remember the first time he tried a Chateau Palmer 1961 at the tender age of just 16.

In 2011 Webber sold part of his vast collection at an auction in China realising sales of £3.5 million. It featured 8,837 bottles of classic French wines including a magnum of 1990 Domaine de la Romanée Conti which sold for £17,460. Webber keeps much of his collection of rare and valuable wines in temperature-controlled cellars at his country retreat in Hampshire. 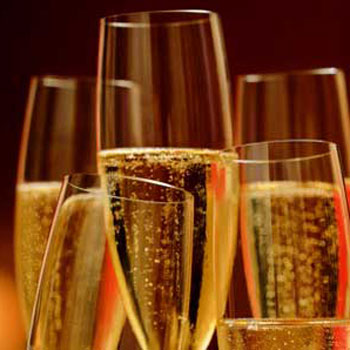 Robert Rosania, a real estate investor based in New York, is considered to be one of the the world’s greatest Champagne collectors. Despite having started collecting Champagne just 10 years ago, Rosania has amassed a vast collection describing himself as a “connoisseur of fine and rare Champagne.”

In 2012 the billionaire sold off 1,000 lots of Champagne including extremely rare bottles from the likes of Bollinger, Taittinger, Salon, Dom Pérignon, Pol Roger, Philipponnat, Krug and Louis Roederer realising sales of HK$8 million (£635,798). Highlights included a bottle of 1911 Moët & Chandon and magnums of Cristal 1964 and 1969. 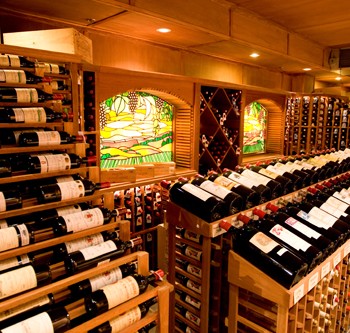 Displayed in his Restaurant Latour in New Jersey, Gene Mulvihill is the owner of one of the largest wine collections in the world with some 135,000 bottles to his name.

The collection, handpicked by Mulvihill, features 90 vintages with the oldest dating back to 1863, most notably more than 100 vintages of Chateau Latour (1863 to 2009) as well as vertical selections of Cheval Blanc, Ausone, Haut Brion, Lafite, Margaux, Mouton and Petrus. The restaurant’s wine lists is presented in two binders; White Wine & Champagne and Red Wine & Port, featuring wines from the restaurant’s private cellar. 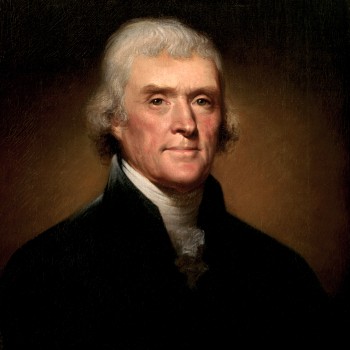 It’s likely that much of his education on wine came during his time studying law while living with statesman and lawyer, George Wythe who was known to be a fan of fine European wines. After leaving his residence with Wythe Jefferson started his first cellar at his family home. Later, after succeeding Ben Franklin as US Minister to France in 1785, he spent five years living in Paris familiarising himself with French wines and travelling to Bordeaux, Burgundy, the Languedoc and Provence, as well as northern Italy’s Piedmont.