A decanter that claims to be able to improve the taste of wine using sound waves is on the cusp of being commercialised via a Kickstarter campaign. 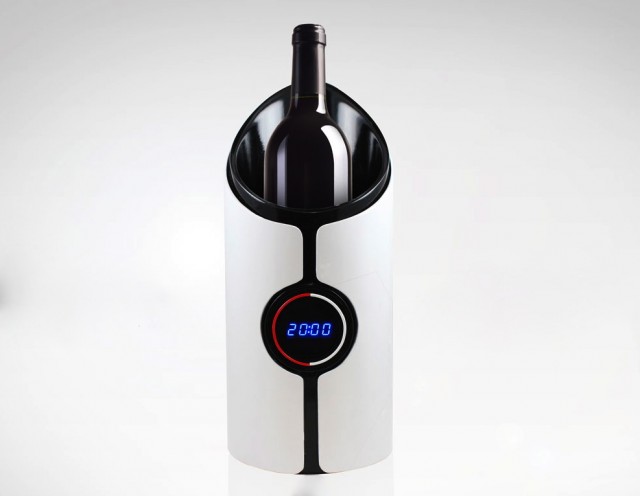 Invented by Charles Leonhardt and marketed via Dionysus Technology Concepts, in addition to improving the flavour of wine, the Sonic Decanter also allegedly enhances aroma, mouthfeel and finish “in minutes”.

During the process many of the dissolved gases in the wine are released to create new chemical bonds similar to those formed during the traditional ageing process.

“The Sonic Decanter makes every wine taste better, adding flavour, aroma and finish never before achievable in such a short timespan,” he said.

“At the same time we have created a new flavour enhancement tool for white wines,” he added.

John Allen, national operations manager for beers, wines and spirits at Woolworths, has trialed the decanter and noticed positive changes in the wine.

“It changed the wine in ways that I hadn’t expected. It makes wines that may have a bit too much grip or tannin much softer and more flavourful, making the wine more gentle and drinkable,” he said.

After placing cold tap water and your chosen wine into the decanter, all you have to do is push the “Red” or “White” button and wait for 15 minutes. The device can also be operated on smartphones via the Sonic Decanter app.

Its makers claim the device also works on closed bottles of wine to the same effect and can also “reinvigorate” wine that has been open for a few days.

If it reaches its Kickstarter target of US$85,000, the decanter will go on sale in the US for $199. With 31 days to go on the campaign, the Sonic Decanter currently has 17 backers and has raised a total of $15,883 in crowdfunding.