A newly developed drug that stops people enjoying alcohol has been recommended to the NHS by a healthcare group which says it could save hundreds of lives per year. 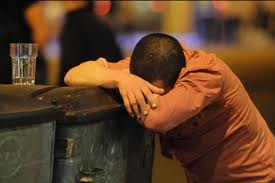 Under the new recommendations ‘mild alcoholics’ – or people who drink the equivalent of half a bottle of wine or three pints a day – would be offered a drug that eases alcohol cravings.

The National Institute for Health and Care Excellence, or NICE, said that approximately 600,000 people would be eligible for the drug through the NHS.

New guidelines would also be introduced requiring GPs to ask patients about their alcohol intake irrespective of the reason for their visit.

At £3 a pill the drug would cost the NHS £288 million a year, and it is estimated it could save around 1,900 lives over the next five years by preventing 43,000 alcohol-related diseases and injuries.

The drug is taken orally once a day and works by blocking the part of the brain that gives pleasure from alcohol, stopping people from wanting more than one drink.

NICE recommended use of the drug after trials showed it cut drinking by 61% over six months when combined with counselling.

“Those who could be prescribed nalmefene have already taken the first big steps by visiting their doctor, engaging with support services and taking part in therapy programs.

“We are pleased to be able to recommend the use of nalmefene to support people further in their efforts to fight alcohol dependence.

While a final decision on the drug will not be made by the NHS until November it has already been provided to patients in Scotland since last October.

NICE recommends that the drug is prescribed for a maximum of six months after which it is hoped patients would have cut back on their drinking with the additional help of counselling.

Unpleasant side effects of the drug include sickness, dizziness, headaches and sleeping problems.

Men would qualify for the treatment if they consumed 7.5 units of alcohol per day – around 3 or 4 pints of lager – and women if they consume five units or approximately half a bottle of wine.

It is currently the only licensed medicine in the UK that helps people reduce their alcohol intake rather than cease drinking altogether.

Dependence on alcohol is diagnosed when people show three out of the following six symptoms in a given year: strong desire to take alcohol, difficulties in controlling the use of alcohol, neglect of hobbies due to alcohol use, persisting with alcohol use despite seeing it harm themselves, tolerance to the effects of alcohol, and withdrawal symptoms.