The world’s first beer made from seawater from the Mediterranean has gone on sale in the UK at a pop-up restaurant in Soho. 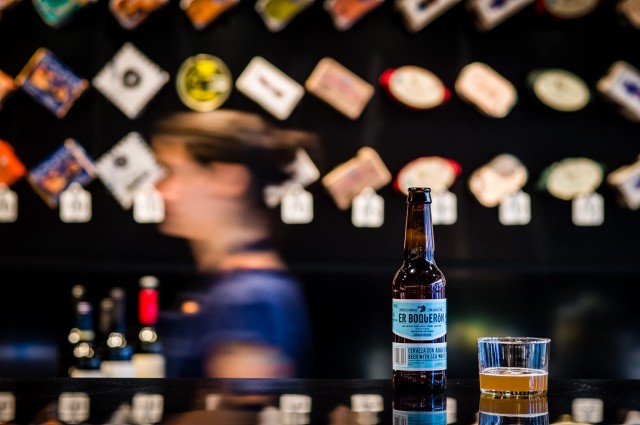 Using water from the Mediterranean Sea filtered “exhaustively” before use, the beer itself is made using a process dating back to 1516 and is both unpasturised and unfiltered. The result, according to its makers, is a “fresh and light” blonde beer.

In the UK, the quirky beer is being served at new pop-up Tin Can in Soho, where, as the name suggests, all of the food is served from tin cans.

The creation of AL_A architects, Tin Can was inspired by the Scandinavian and Mediterranean tradition of tinned seafood, with the space aiming to elevate the humble tin can’s image from student staple to “an object of desire”.

Due to the nature of the beast, Tin Can neither has a chef nor a kitchen

Er Boqueron’s label has won a design award in Spain and scooped two gold stars at this year’s Superior Taste Awards, jugged by a panel of 120 chefs and sommeliers.