Britain now has more breweries per person than anywhere else in the world after two years of continued growth. 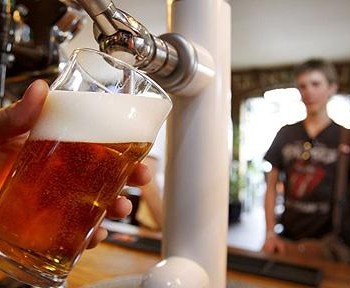 According to CAMRA’S Good Beer Guide 2015, which has been released today, this is the highest concentration of breweries to population per head anywhere in the world.

The UK brewing industry has experienced more than 10% growth for the past two years running, driven largely by the opening of small, independent breweries.

A total of 170 new breweries were added to the 2015 guide this year alone having started up in the past 12 months.

Roger Protz, the Good Beer Guide 2015’s editor, said: “Real ale is the only success story in a declining beer market. New breweries, making handcrafted beers, continue to come on stream while many long-standing regional and family breweries are expanding with new equipment and new brands. Real ale has almost doubled its market share over the past decade.”

“With every region in the country seeing an increase in breweries it means even more choice for real ale drinkers, particularly as breweries are becoming more adventurous in the beers they brew, adding herbs, spices, fruit and chocolate to beer – while a growing number are ageing beer in oak casks bought from whisky, wine and rum producers to give new depths of flavour to their products.”

The popularity of smaller Breweries Protz said is a positive step offering the chance for brewers to experiment producing beers to suit “ever-changing” trends and drinkers to experience a more diverse range.

Mike Benner, managing director of the Society of Independent Brewers, added: “This latest Good Beer Guide portrays a British brewing industry in excellent health. New brewery openings over the last year take the total number of brewers in the UK to over 1,200, a figure that would have been almost unimaginable to readers of this guide in the 1970s.”