What better place to indulge in a passion for wine than in the French capital – a city bursting at the seams with food, culture and most importantly, wine. 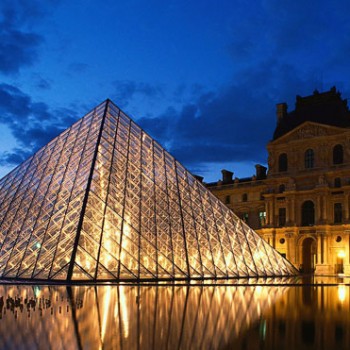 There was a time when the wine bars of Paris were long-established haunts that reliably served small-production wines from a few select appellations to a loyal customer base.

The tide turned in 2000 when Cyril Bordarier opened Le Verre Volé, one of the first in a wave of new style wine bars and which went on to become the archetype for newcaves à manger (wine shops that serve food).

Serving mostly natural, organic or biodynamic wines, many followed in his footsteps setting off a chain reaction which resulted in dozens of increasingly bijou wine bars springing up across the capital.

The move saw a shift in popularity toward more casual drop-in bars, which often doubled up as a shop or deli serving small plates of charcuterie and cheeses, alongside an extensive list of all-natural wines by the glass.

Natural wine is produced from grapes which have been organically grown and are unfiltered with no sulfites, sugars, yeasts or other additives.

Today Paris is littered with wine bars ranging from the long-established to the cutting edge, most flush with natural wines, all with something to offer the discerning drinker. 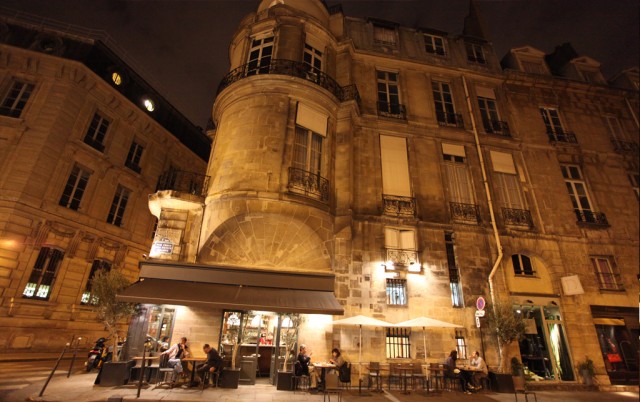 Situated in an 17th-century building a stone’s throw from the Louve this bistrot à vins has bucket loads of character serving a wide selection of wines alongside a menu featuring typically French cuisine such as pork loin with wild mushrooms and Paris-Brest (hazelnut cream-filled choux pastry). While you might struggle to get a seat at the bar, its well worth booking in for dinner upstairs to sample its wide selection of ‘natural’ and organic wines by the glass and the bottle. Its menu sources ingredients from some of the best producers in Paris including Hugo Desnoyer, star butcher, and Jean-Luc Poujauran, a celebrated Parisien baker. 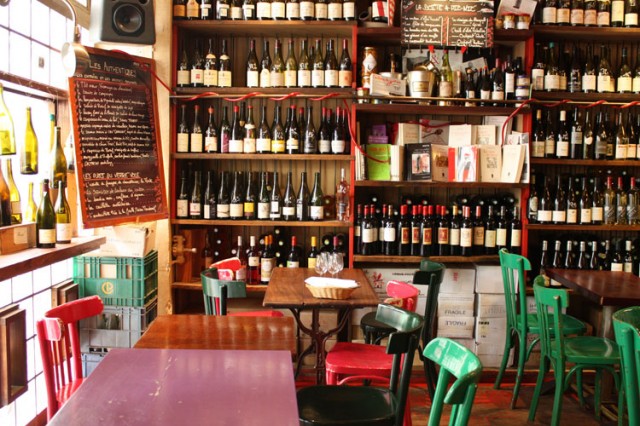 The delightfully ramshackle La Verre Volé, located near the Canal Saint-Martin, is largely credited with kicking off a trend for more diverse wines and increasingly inventive food pairings, which in this case includes delicacies such as lamb and fig terrine and a wide array of cheeses. With mismatched tables and wine bottle-lined walls the La Verre Volé is anything but pretentious serving up a wide selection of natural and biodynamic wines and hearty dishes. 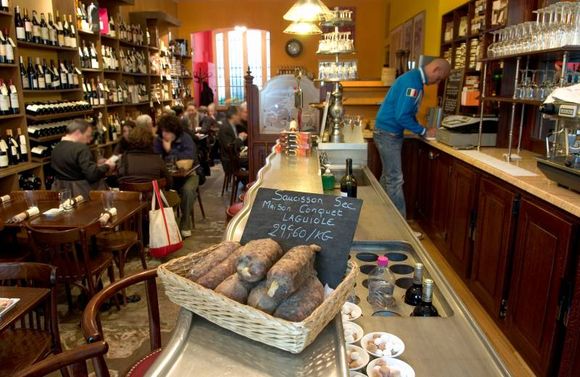 Pop into Le Papilles, owned by Bertrand Bluy’s, at lunchtime for a glass of wine and a quick bite, but make a reservation for the evening if you want to take advantage of its great value €33 fixed price menu. Straddling the line between bistro, wine shop and delicatessen, Le Papilles is small and intimate with wines on sale ranging from a modest $40 to a wallet-emptying $1,400. 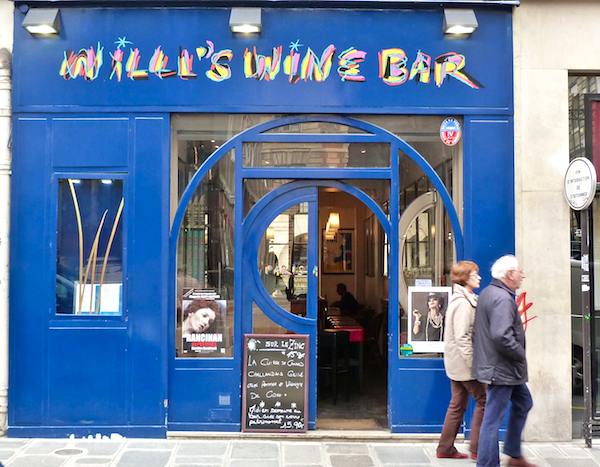 An institution among Paris wine lovers, Willi’s Wine Bar opened in 1980 and describes itself as the “proverbial hole in the wall, a speck of cosmic dust that is part of the fabric of Parisian life”. Behind its funky facade lies a polished oak bar serving up a wide range of wines by the glass and the bottle until midnight. 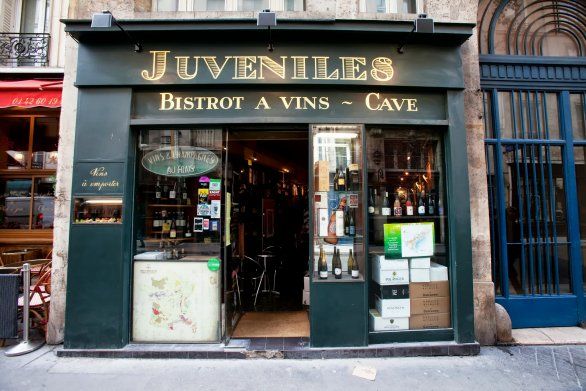 Tim Johnson may have handed the reins to daughter Margaux but the feel remains the same. A wine list made up of quirky small French producers, a big chunk of Rhones and, you better believe it, a sherry list and a smattering of Aussie wines, you read that right, Australian wines on a Paris wine list. One Aussie winemaker even went so far to name one of his wines after the place. Friendly, laid back and better value than ever following a recent upgrade of the menu this old timer of the Paris wine scene remains an institution and worth a visit.