Top 10 most haunted US bars

Pull up a stool at some of these US bars and you might be sharing your gin and tonic with more than a few otherworldly entities. 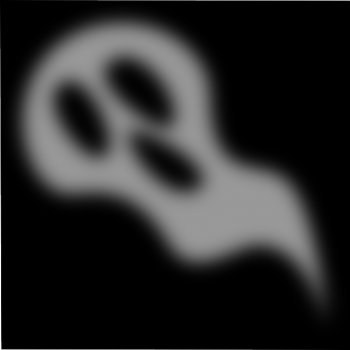 From violent lynch mobs, murderous lovers and proprietors who just can’t let go, human history has given rise to more than a few vengeful spirits, some of which are now said to reside at bars and restaurants across the US.

Whether you are a paranormal enthusiast, mildly intrigued by the supernatural or a total sceptic, it’s hard not to feel a slight chill at the tales told by staff and patrons of these establishments. 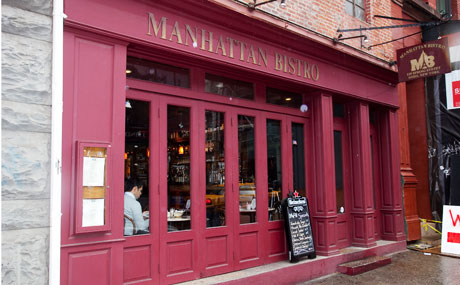 Manhattan Bistro, although now closed, is well-known as one of New York’s most haunted restaurants. Located in SoHo, the French bistro was the site of a now infamous grisly murder in 1799 when a young woman, Gulielma Elmore Sands, was killed here. Her body was found 11 days after her disappearance at the bottom of the well located in its basement with reports at the time suggesting she had been strangled. The “Manhattan Well Murder”, as it became known, has never been solved despite speculation that her lover, Levi Weeks, was responsible. The the well has long attracted paranormal enthusiasts and history buffs alike. Sand’s spirit, often called the “Ghost of Spring Street”, apparently appears as a vapour rising from the kitchen floor which is known to be a pre-curser to mysteriously flying ashtrays, shattered dishes and bottles inexplicably flying from the bar’s shelves. 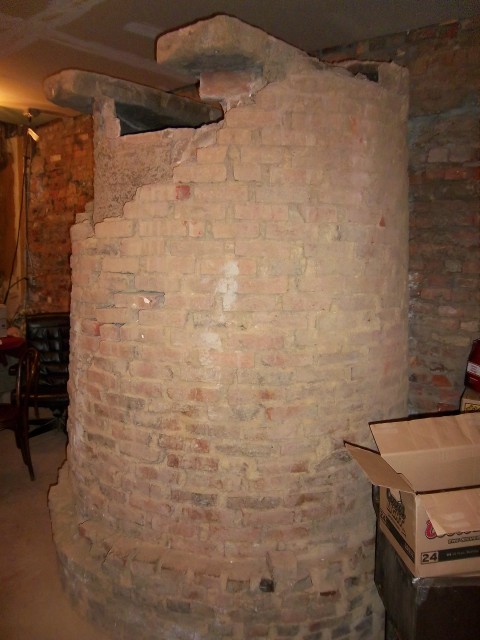 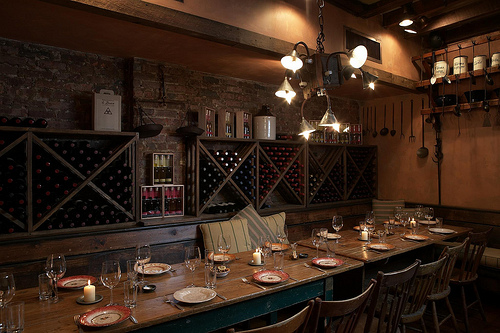 According to legend, Victorian gothic writer Edgar Allen Poe was once a regular visitors to 47 Bond Street, the building which houses Il Buco, and which was once a tavern. His visits are said to have inspired his tale The Cask of Amontillado in which the narrator takes revenge on a friend who, he believes, has insulted him, by entombing him for all eternity. Today, the 200-year-old wine cellar which stands in its place is said to be haunted by Poe’s spirit. As reported by the NY Post: “More than 150 years later, Edgar Allan Poe, who used to live on the building’s second floor and drank at the bar on the first floor, continues to help himself to [Il Buco’s] well-stocked wine cellar. The wait staff is not surprised when they open a bottle to find it half-empty even though it is well sealed.” 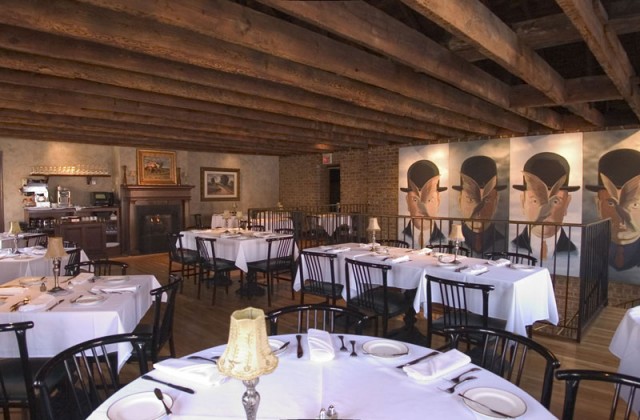 Formerly a weapon shop Julep’s restaurant is said to be haunted by the ghost of a gunsmith Daniel Denoon who, in 1826, was murdered by its owner, James McNaught. The shop quickly closed and McNaught later committed suicide after being jailed. Julep moved into the site in 2003 remodelling the shop and shutting off the stairs when Denoon fell down and turning the space instead into a storage closet. To this day visitors and employees to the restaurant have reported hearing thumps and rushes of cold air coming from the closet at the spot where Denoon was killed. 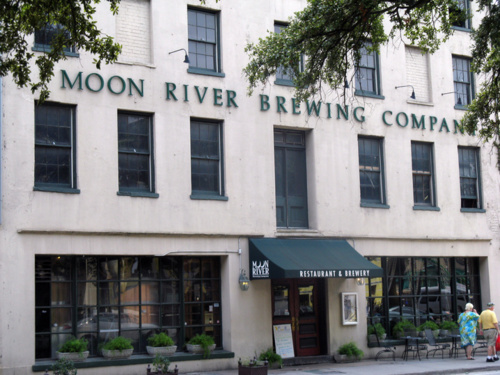 The Moon River Brewery is located in one of Savannah’s oldest buildings with a history dating back to 1821. Originally the City Hotel, the building has a well documented  history of violence, particularly during the Civil War. During the spring of 1832, a feud broke out between local man James Stark and the city physician, Dr. Phillip Minis who shot Stark at the hotel’s bar for making disparaging remarks about him. In 1860 a New Yorker was near beaten to death by locals who did not take kindly to his presence. The building was renovated in the 1990s and turned into the Moon River Brewing Company and to this day customers and staff have reported strange, often violent, occurrences. Reports include bottles being thrown by unseen forces and people being touched, pushed, and slapped by invisible spirits. One ghostly figure is known as “Toby” who is said to lurk in the bar’s billiard room where he has been known to push patrons and staff. 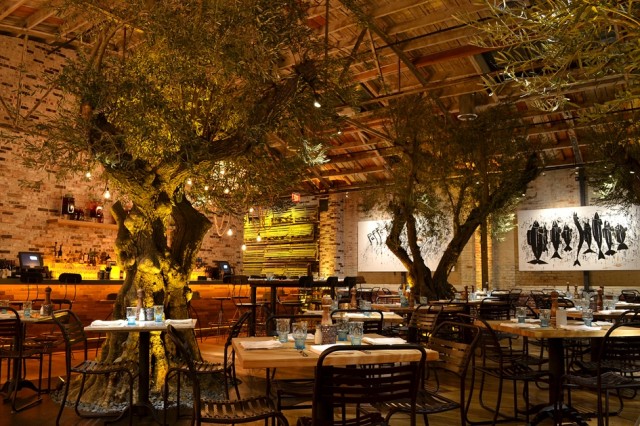 This Californian coast restaurant is said to be haunted by the friendly ghost of its former owner, C. Arnholt Smith, a prominent businessman and original owner of the San Diego Padres. The building was used by Smith, nicknamed “Mr. San Diego”, as a car dealership before its was turned into a wine business by his son in the 1970s until that too closed. In 2010 it was bought by Herringbone who are in no doubt that the ghost of Mr San Diego still resides there. During renovations contractors reported sensing a presence with some seeing “unexplained shadows”. Speaking to the La Jolla Patch, the restaurant’s managing partner James Brennan said: “It is a friendly ghost. And he is there.” When there’s an empty stool at the bar, the bartenders often leave a drink in front of it as a nod to Smith. 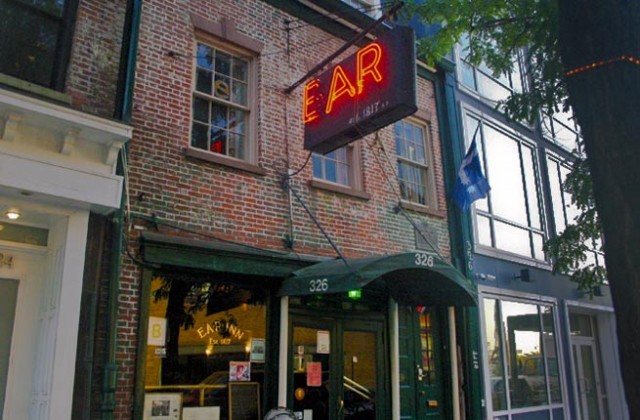 The Ear Inn, constructed in 1817, is one of New York’s oldest bars and was once a favourite haunt among sailors merchants and pirates because of its proximity to the Hudson River. It is believed to be haunted by the ghost of a sailor named Mickey who was killed there. The sailor’s spirit is said to be particularly amorous and is often accused of “goosing” waitresses. His attempts at seduction get all the more creepy for those brave enough to stay the night. As reported by the NY Daily News, Brett Watson, paranormal expert, said: “Supposedly women who’ve lived upstairs above the bar say that the ghost has crawled into bed with them. He’s a sailor. Sailors are going to do what they’re going to do.” 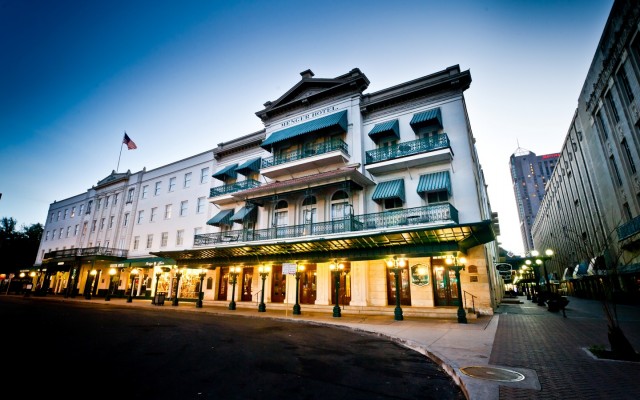 The Menger Bar opened in 1859 along with the Menger Hotel. As with many southern state bars during the Civil War, the bar was the site of many a brawl and gun fights, with it today carrying the dubious title of “most haunted hotel in Texas” with up to 32 ghosts said to roam its halls. Its most famous is none other than former US President Teddy Roosevelt, who used the hotel to recruit cowboys for the military. The ghost of Roosevelt has reportedly been seen having a drink at one of the hotel’s bars, however the most commonly sighted spirit is a woman named Sallie White, a former chambermaid who was attacked by her husband in the hotel lobby and died two days later. She is commonly seen turning down beds in the Victorian wing of the hotel. One guest reported emerging from the show to see a ghost dressed in a buckskin jacket and grey pants engaged in a heated conversation with an unseen presence shouting “are you gonna stay or are you gonna go?”, three times before vanishing. 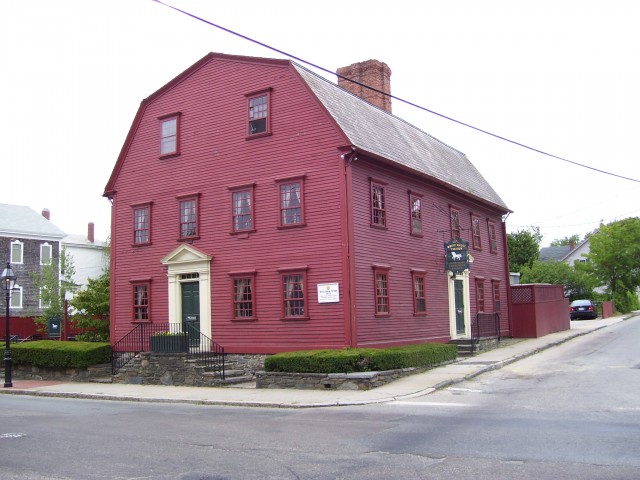 Commonly cited as the oldest bar in the whole of the US, the Whitehorse Tavern opened in the Rhode Island Colony in 1673. It is said to be haunted by several spirits, including an elderly man dressed in Colonial clothing who died while renting a room upstairs in the 1600’s. A small girl is also often see crying on the second floor near to the restrooms.

Arnaud’s restaurant is believed to be haunted by its original owner, Count Arnaud Cazenave, a French wine salesman who bought the space in 1918. According to the restaurant’s own accounts, more than one waiter has been startled to see a gentleman dressed in a turn of the century tuxedo standing in the far left corner of the main dining room, generally appearing at the restaurant’s busiest periods, and smiling with a “proprietary air”. Another waiter reported seeing a woman wearing a hat leave the ladies room and walk across the corridor before disappearing through the wall where there was once a staircase. 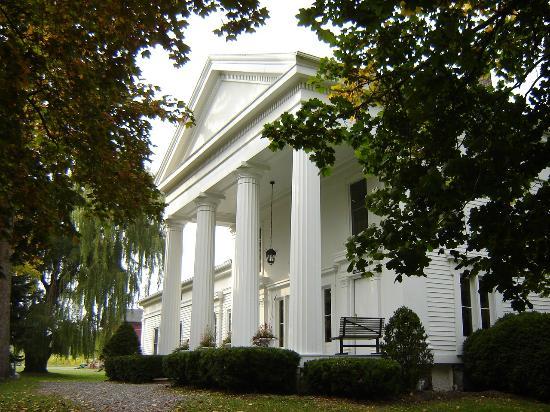 Miles Wine Cellars is situated in a mansion in the Finger Lakes region of upstate New York at the site of a former ferry crossing and has been owned by the Miles family since the early 1980s. The home was originally built in 1802 with its current owners in no doubt that they share their abode with an otherworldly presence. Doug Miles and Susan Hayes have reported hearing doors slam and footsteps in their kitchen and have had visions of a couple throughout the mansion. Miles’s father was said to be routinely awoken during the night by someone pressing on his back, and the comforter from his bed was frequently flung across the room. It is still quite often found crumpled at the base of the bedroom door. On the advice of clairvoyants, the couple avoid hosting séances or trying to document the ghosts, and instead put considerable effort into cleaning and maintaining the site’s cemetery. “If the ghost isn’t happy, nobody’s happy,” the winemaker has joked. In tribute to the spirits haunting their home the couple have released Ghost – a white wine made from a blend of Chardonnay and Cayuga.