A lot of what Sir John Hegarty posited is very enlightening and mostly correct, but in my opinion, there are some potential flaws in his marketing proposal.

He’s absolutely correct in saying that most people consider a $10 bottle of wine a crazy proposition. In 2010 and ’11, I was involved with a company that rated nearly 2000 of the largest selling wines under $25. Each wine was delineated by price and placed into a category, which consisted of wines under $4.99, from $5.00 to $9.99, from $10.00 to $14.99, and so on. A user of this app could walk into any wine retailer, pick up a bottle, scan its bar code with a smartphone, and a professional rating and actual tasting notes would appear on the phone screen. Alternatively, the user could search wines by selecting a price category and look through ratings and tasting notes. This app also had a number of other features to help the consumer. The idea was groundbreaking at the time because no critic had ever bothered to rate such ‘lowly’ wines, even though more than 93% of wine sold sells for less than $25; virtually no information regarding tasting notes or quality assessments existed for these wines. The project failed completely.

The take-away is that people simply do not care and generally don’t want to make much effort to learn about wine. I disagree with dumbing wine down to its lowest common denominator, however. It ultimately does a disservice to the ‘audience’ and certainly those in the industry. In the early part of the 2000s a retail franchise concept quickly expanded throughout the US and failed on this premise. Nearly all of their stores have closed leaving about 11 stores still in business today, but this was a concept that attempted to make wine accessible by dumbing down. ‘Lose the mystery, keep the magic’ is a memorable quip, but in the end, the magic is only smoke and mirrors.

Unfortunately, for most wine consumers the trigger for buying a particular wine simply comes down to affirmatively answering three questions: a) can I get a buzz quickly by drinking this, b) is it within my budget, and c) can I get it down without spitting it out? For the vast majority of wine drinkers, there is no such thing as brand loyalty, per se, so no amount of marketing will compel a wine drinker to buy one wine over another, all things being reasonably equal. If brand loyalty exists at all, it’s only because some consumers are averse to risk by switching brands, only to find out that the new wine they thought should be great (because the ‘story’ on the bottle said it was), actually turned out to be barely drinkable. Consumers talk about trying something new and getting burned all the time because the wine label, or the story, doesn’t deliver what is implicitly promised. Indeed, younger people are much more experimental when it comes to trying new things but that alone will not support a wine company. 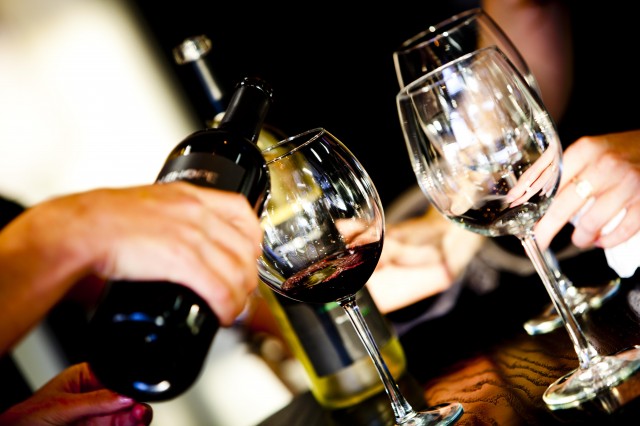 The very best way to market wine is by offering consumers a sample. It’s a very capital-intensive strategy to give away many cases of product and pay people all over the country (or the world) to setup at retail to serve customers that walk by. But it’s the only clear-cut path to sustainable growth. A winery that wants to sell its wares simply must produce better wine than its formidable (by volume) competition and if what you’re selling truly is garbage, then make better wine or get out of the way. You only get one chance to create brand loyalty, and that is from the very first sip.

Wine is fashionable at this period of time and some growth may continue, at least until some other adult beverage becomes fashionable. Marketing can find more numbers temporarily but is not going to expand the wine industry on a sustainable level. Sir John is right in that the ability to ‘sell’ something has significantly waned, mostly due to consumers being much better informed about everything. He is also right in stating that the middle needs to be thinned, but there really is more wine than necessary, what with over 250,000 wine labels available in the world at any given time. Do we really need that? It would be better to reduce the sheer volume of wines available than no one cares about and increase market share for those companies that make better wine.

Additionally the concept of branding ‘occasion’ wines is flawed because it imposes extreme limitations. Just ask any château in Sauternes, of which all are pegged into a slot of only being enjoyed as a dessert wine. Champagne for a special occasion will probably reduce sales rather than expand them. As you know Champagne is extremely versatile and many others and I have made entire evenings around it for no other reason than it’s just great juice. Why put things in box that could take monumental effort to get them out? Again, Sauternes is in that unenviable position.

If you want a bigger market concentrate on making better wine, engaging your customers experientially, and promulgating better educational opportunities for those that are interested in learning more.

David Boyer is a fine wine blogger who writes at blog.classof1855.com. This article was written in response to a drinks business article dated 18 September, “Ad Mogul Gives Cutting Critique of Wine Industry”.