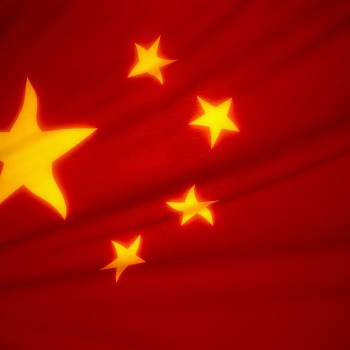 China is currently the world’s fifth biggest wine producer according to CCTV and, with the burgeoning middle class drinking more wine than ever before, Beijing is keen to capitalise on the growing domestic demand.

In vineyards north of Beijing, thousands of vines are bearing fruit and a new government funded centre is placed to facilitate greater expansion.

“The International Grape Exhibition Center was set up this year. It offers tours to educate visitors about the history and culture of grape-growing. We receive a wide range of tourists, from 8 year-olds, to the elderly,” Li Wenjie, media officer, of Badaling Travel Service Ltd., said.

The centre has already planted more than a thousand types of grape from 40 countries.

The Chinese austerity drive has had a dramatic impact on sales of top-end wines, particularly blue chip Bordeaux and Burgundy, by limiting the amount bureaucrats can spend on gifts and bonuses.

But while fewer officials may be buying it, an interest in wine among ordinary Chinese is growing. And the country is stepping up wine production, and tourism, to meet demand.

“I came because I enjoy wine… I drink it on happy occasions, not every day,” a visitor said to CCTV.

Another visitor to the centre felt it was as good as foreign travel: “I’m delighted, it’s so green here and there’s a huge variety of grapes.”

“I tasted one kind from Japan, Xia Mi, and it felt like I was in Japan,” she said.

Wine researcher and judge, Professor Ma, said the region is ripe for growing but that it could take time to turn its grapes into wine.

“Yanqing compared with other parts of Beijing has much less rainfall and a cool climate and, in general, I would say it’s fit for grape growing and it’s possible to make good wines,” said Ma.

But demand is there and retailers say sales of lower-priced wines are rising fast and with that, sales of Chinese wines too.

Speaking to CCTV, Claudia Masuger, CEO of Cheers Imported Wine Wholesaler, said the future is bright for the Chinese wine industry: “The wine market has changed completely in the last couple of years and now young people are more interested in learning about wine.”

“China is already the fifth-biggest wine producer in the world and Chinese wines are hardly exported, with 98 percent consumed in China, so Chinese do drink a lot of wine.”

And while pollution is a concern in China, experts say vineyards are safer in areas away from heavy industry.

As the country’s thirst for wine grows, it’s likely much more will be made.