It won’t be another “vintage of the century”, but 2014 could be “just what Bordeaux needs,” says ex-pat grower and winemaker, Gavin Quinney. 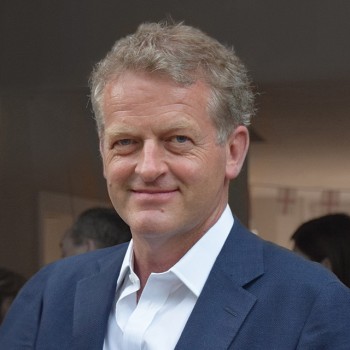 With only some of the dry whites picked and the red harvest due to start around September 20th, “it’s too early to say about quality, but if the weather holds it’s the sort of vintage we need,” says Quinney, who adds: “It feels like a cross between 2001 and 2004.”

Late last month France’s agriculture ministry were predicting Bordeaux yields up 52% on the feeble 2013, and 8% above the five year average for the region.

Négociants sitting on high stocks and faced with a slump in demand for Bordeaux may have preferred lower yields, but Quinney disagrees.

“Imagine the prices the top chateaux would charge if it was a small vintage!”

He has some sympathy for the producers and their widely criticised 2013 campaign. “I’m not sure what they were supposed to do. There was never any interest in the wine.”

For 2014, he believes the “châteaux-owners have one last chance for the [en] primeurs. If it’s a good vintage, and if there’s some real interest … it’s a big ‘if’, but it could be an opportunity for Bordeaux. There’re not many left.”