In the fifth of our Power Brand round ups our attention turns to vodka, with the giants of the sector battling it out for a spot in the top 10. 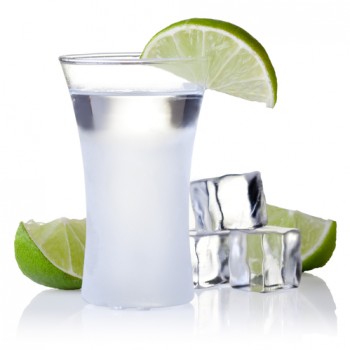 With no exponential growth in Asia to ease the pressure, the ultra-competitive US vodka market has become a battleground where the chosen weapon is often price.

Smirnoff and Absolut have the muscle to maintain and even increase their volumes – but risk losing some of their status in the process.

As the US economy returns to growth, Stuart Whitwell, joint MD of Intangible Business, expects people to be increasingly happy to pay a premium for their chosen spirit. But it may be brands with craft credibility, including Diageo’s Ketel One, which reap the rewards of that, he predicts.

It’s a theory borne out by Bacardi’s recently launched new campaign for Grey Goose, Fly Beyond, which emphasises the artisanal aspects of the luxury brand.

NB: Only international brands with a global distribution are featured in this report.

Check out our most powerful drinks, whisky, Champagne and sparkling wines, and wine lists here. 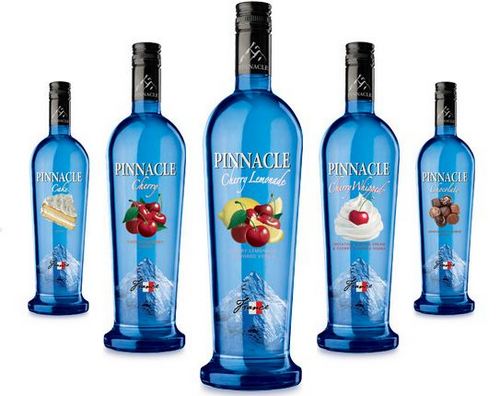 Dropping two places to 10th is Pinnacle Vodka, owned by US-based Beam Inc which bought the French brand from White Rock Distilleries in 2012 for a reported $605 million. This year the brand announced its intention to spread its reach outside of the US for the first time with ambitions for the brand to become the “the world’s most loved vodka brand; the brand everyone wants to give a hug to”. Beam plans to begin distributing the brand globally from 2015 in regions such as Asia, New Zealand and Australia. Pinnacle makes both unflavoured and flavoured vodka variations, including a line of whipped dessert flavoured vodkas. 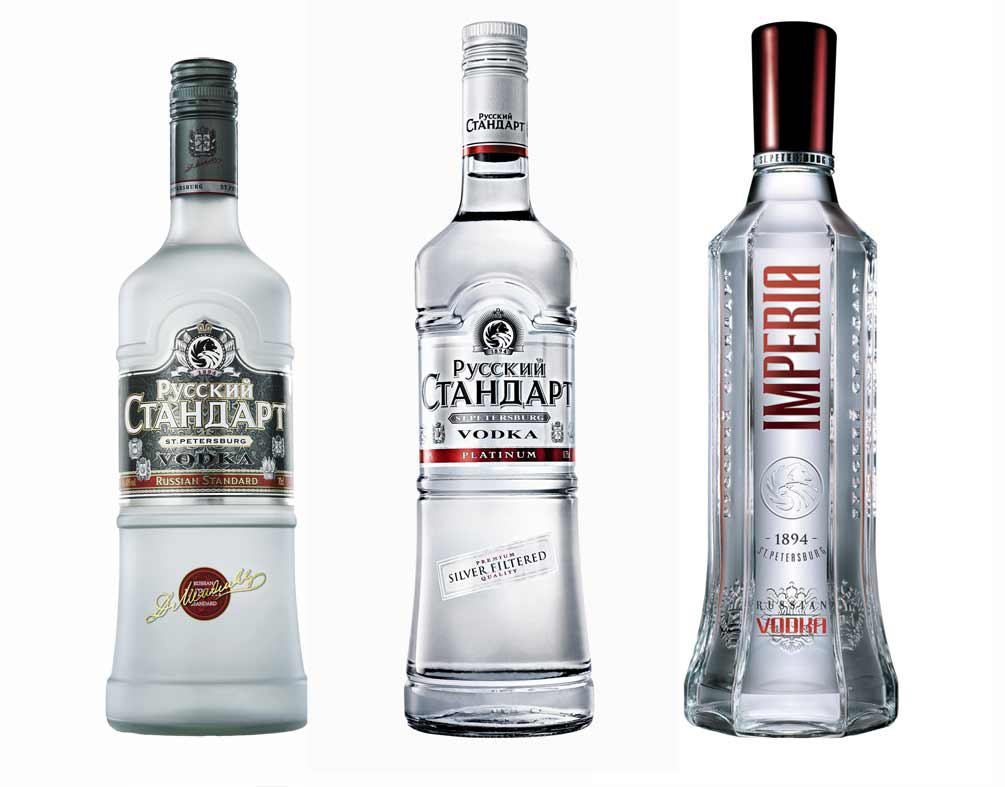 Holding firm in ninth place is Russian Standard vodka which extended its global reach by launching in South Korea at the end of 2013. In June last year, Russian Standard completed its acquisition of the Central European Distribution Corporation (CEDC), making it the world’s second largest vodka producer by volume. 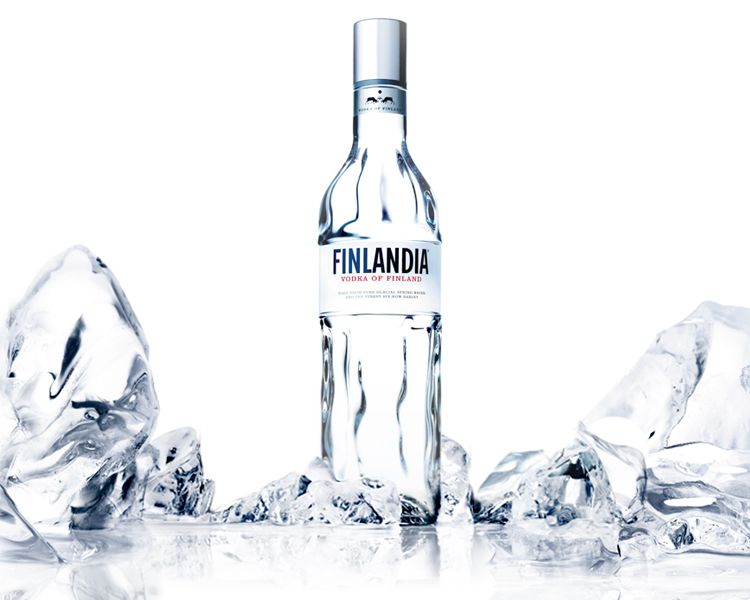 Making its debut in the top 10 most powerful vodka brands is Brown-Forman’s Finlandia. Produced in Finland, the brand is the leading premium imported vodka in Poland, Czech Republic, Bulgaria, Ukraine, Belarus, Israel, Romania, Hungary and Russia. It also has a range of flavoured vodkas including grapefruit, cranberry, lime, mango, red berry, wild berries, tangerine and blackcurrant. 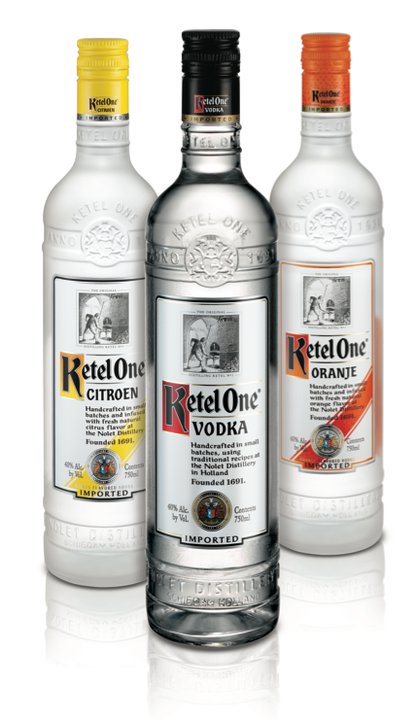 Jumping one place to eighth is super-premium vodka brand Ketel One, one of Diageo’s fastest growing brands in 2013. Diageo, which signed a US$900m deal with the Nolet Group 2008, owns 50% of the brand with the other half belonging to the Nolet Group. Produced in the Netherlands, the vodka saw its organic net sales rise by 6% in 2013, driven by growth in the US market. 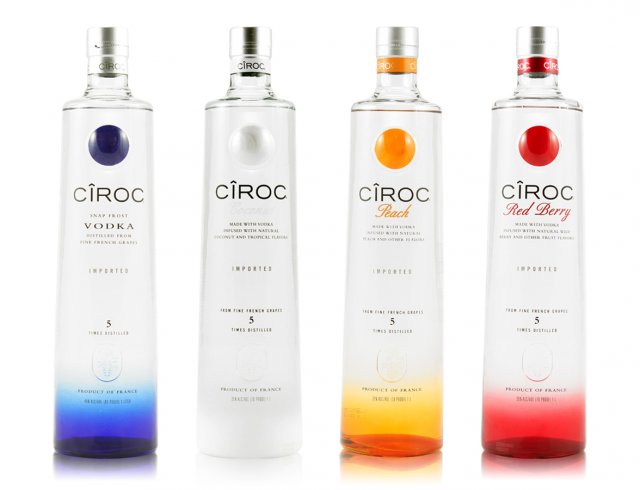 A new entry, Cîroc debuts in seventh place with a total score of 8.4% – a brand which has benefitted from the involvement of rap star Sean “Diddy” Combs. Combs, previously known as P Diddy and Puff Daddy, has been involved with Cîroc since 2007 when he agreed to be spokesperson for the brand in return for a 50% return on profits. Earlier this year the rap star announced the launch of its pineapple flavoured vodka on Instagram. The new expression will join Cîroc’s existing portfolio, which includes Cîroc Peach, Cîroc Coconut, Cîroc Red Berry and Cîroc Amaretto. 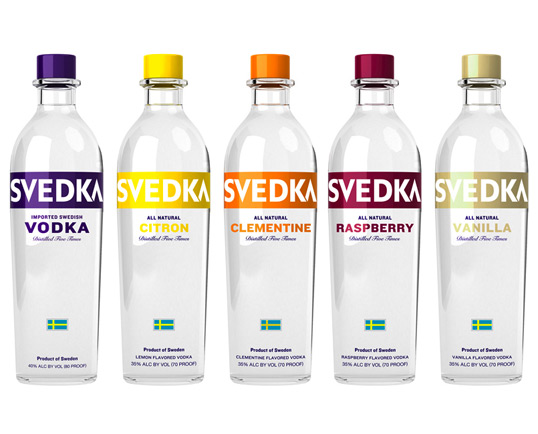 Swedish vodka Svedka remains in sixth place this year enjoying a 2% increase to its brand score. Last year the Constellation-owned brand expanded into South Korea – a country which has seen its vodka category more than double in the past two years to 248,000 nine-litre cases a year. Svedka is the second largest imported vodka in the US, according to Constellation. 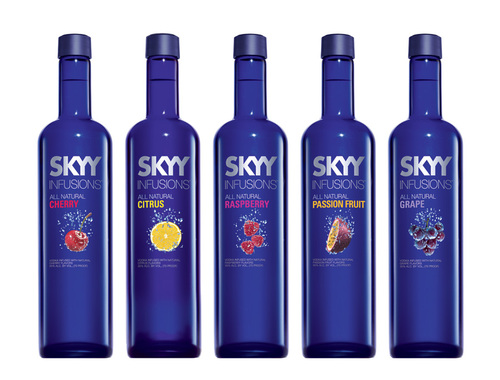 Skyy once again takes fifth place in the top 10, hanging on despite a 3% drop to its brand score. The US-based vodka brand, owned by Campari, is the number one domestic premium vodka in the US and the fifth biggest premium vodka worldwide. Its latest releases include its Peach and Vanilla Bean vodkas. The two expressions join the brand’s range of Skyy Infusions flavoured vodkas which launched in 2008 and includes Moscato Grape, Citrus, Dragon Fruit, Ginger Cherry, and Passion Fruit among others.

Maintaining its fourth place position, SPI-owned Stolichnaya saw positive growth to both its brand and total score this year reaffirming its position as one of the biggest vodka brands in the world. Earlier this year the the group extended its presence in the US launching its vodka portfolio in six more US states, renaming its US unit Stoli Group (USA). 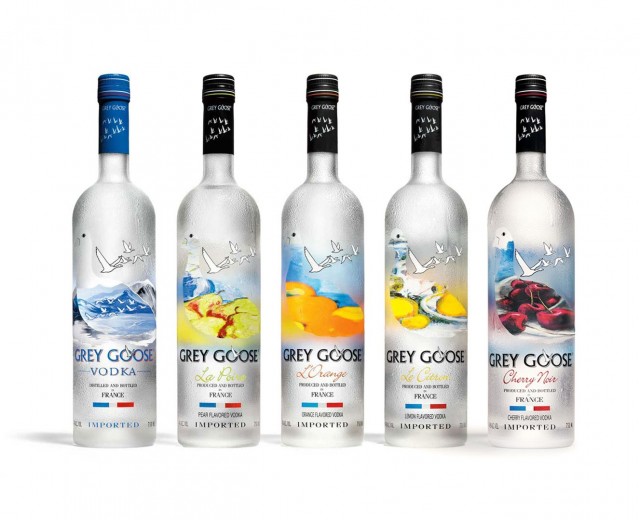 Grey Goose saw its brand score rise by 4% this year, nudging ahead of Stolichnaya. While it already maintains a successful portfolio of vodkas, this week the brand announced the launch of Grey Goose VX – an ultra-premium hybrid spirit combining vodka with Cognac. It will be sold as a travel retail exclusive at £89.

Streaking ahead of Grey Goose as we break into the top two most powerful vodka brands in the world is Absolut, with a total score of 32.9%. The Swedish-based vodka has released many limited edition bottles in recent years including this year’s Brazillian-themed Absolut Taste of Karnival – a vodka flavoured with orange blossom and passion fruit, with a bottle designed by Brazilian graphic novelist Rafael Grampá. It follows last year’s launches of Absolut Mexico, a denim-clad bottle designed to keep the vodka chilled and Absolut Oz, released in collaboration with Australian film director Baz Luhrmann. 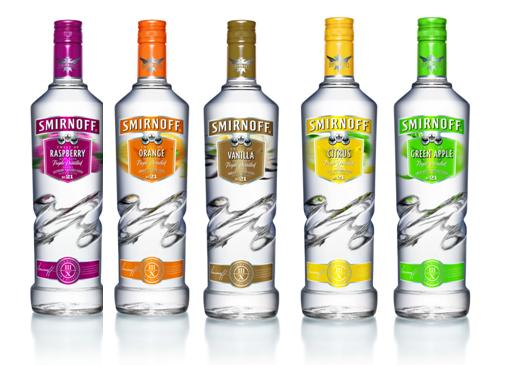 Maintaining pole position as the world’s most powerful vodka brand in the world, and second most powerful drinks brand in the world, is Smirnoff. While continuing to grow, the brand has come under increasing pressure in recent years in the US, with price reductions by Absolut and the continuing strong performance of value proposition Svedka squeezing the world’s best-selling spirits brand by volume. The brand experienced a small dip in sales last year, down to 26.1m nine-litre cases from 26.3m in 2012. Having attributed a lot of its success to the US market last year, 2013 was a different story with Smirnoff losing its share of the American vodka market due to a 7% decline in volume sales in the six months to 31 December. Despite the slight decline, Smirnoff hasn’t been short of innovations in the last year, releasing a cinnamon-flavoured vodka flecked with edible 23-carat gold last August. Most recently, the brand launched Smirnoff Gold Apple, an apple-flavoured vodka flecked with edible gold.