Terrible news this morning for those planning a long Labor Day weekend at their favourite Long Island beach resort – the rosé’s running out.

Shockingly, this is not the first time such a situation has come to pass. Many holidaying in the Hamptons today will be recalling with a shiver the other Great Rosé Crisis of 2012.

The New York Post reported that stocks of the pink liquid were running “dangerously low” as the American elite that tends to holiday in the area have been “swilling” so much of the stuff over the summer.

Without arguing whether the cream of New England’s society would be vulgar enough to “swill” anything, thoughts must of course turn to how this situation can be saved lest countless society hostesses are reduced to shuddering, weeping wrecks at the horror of having to cancel their summer parties.

Clearly the current drought was a disaster waiting to happen and urgent measures are required if this sort of thing is to be stopped from ever happening again.

And not a moment too soon. If this isn’t sorted out fast then gangs of rosé-starved desperadoes will beginning roaming the countryside in search of lightly-chilled refreshment to go with their expensively catered canapés. It’ll be anarchy I tell you!

With everyone offering advice on how to protect your wine in the event of an earthquake, here’s the “Fine wine vs’” guide to ensuring you never have a troublesome hiccup in your booze supply while idling away misspent summers by your pool. 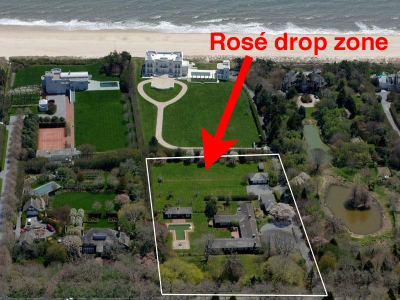 When West Berlin was shut off from the free world by the Soviets in 1948, the Allied powers initiated a huge air lift to bring supplies into the besieged city.

A similar strategy in normal circumstances would be entirely feasible in the case of the Hamptons. With some of the most expensive real estate in the whole country, the sea-side mansions have huge gardens (or “yards” as our Yankee cousins call them – though New Englanders may in fact stick with garden).

As Dr Vino pointed out on his blog (plus picture above), there are hundreds of perfect, ready-made drop zones dotted all over the area which provide ample space for a re-supply by air.

Sadly, though the sight of cases of Château d’Esclans suspended beneath blossoming parachute silk across the Long Island sky will have to wait for another day.

With President Obama flying into the region for a fundraising event this weekend, the entire airspace has been declared a no fly zone!

Wall Street’s millionaires can’t even fly their boat planes to their properties for Pete’s sake! All in all it’s not looking good is it? Unless you’re Obama that is who’s probably at this very moment loading Air Force One with as much Whispering Angel as it can take – the chiefs of staff will have to take the bus. Michelle is one house wife who will not be breaking into the rosé reserves this weekend.

Don’t fret though, there are other options. 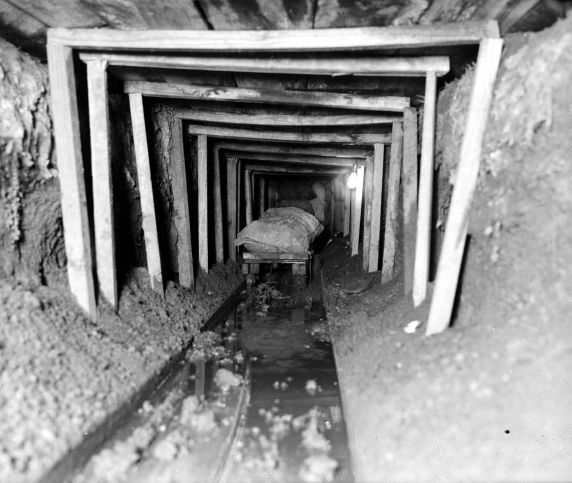 A drastic and extremely impractical option in the short term as anyone putting pick axe to basement floor with the intention of getting to their Hamptons holiday home in time for the weekend is likely to find out when they surface around – well – Groundhog Day if irony has any say in it.

On the other hand, it could be a smart move as in the intervening period between holidays, the discerning rosé enthusiast will be laying down a pipeline to ensure there can be a never ending supply of Domaine Ott all summer long at the turn of a tap – sorry, “fawcett”.

If you can’t fly in, go by sea – it’s the method of entry of choice for everyone from the Navy Seals to Columbian drug lords.

Today’s marching powder providers use the extremely speedy “Go-fast Boat” (the clue’s in the name). It is fast, very fast, managing 80 knots (150km/h) in calm seas and even maintaining a good 50 knots in choppy waters.

Combined with a sleek design and low profile it should also enable you to evade the attention of any Navy and Coastguard patrol boats guarding the waters around the POTUS and his fundraising buddies.

But this is the Hamptons, the kind of place Gatsby and the Kennedys, Sinatra and Clark Gable could call home. Today’s rosé-runner wants something with more style, more class. 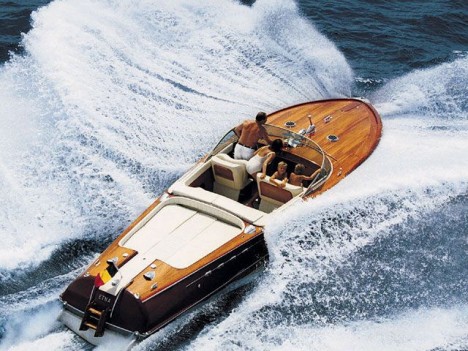 What do you think?

On the other hand, if you don’t fancy your precious rosé aid package falling foul of a frigate and sent to the bottom of the Long Island Sound or New York Bight, there’s always the land route.

You could simply drive it in. Look how much bootleg liquor those prohibition smugglers could fit into a Model-T Ford . 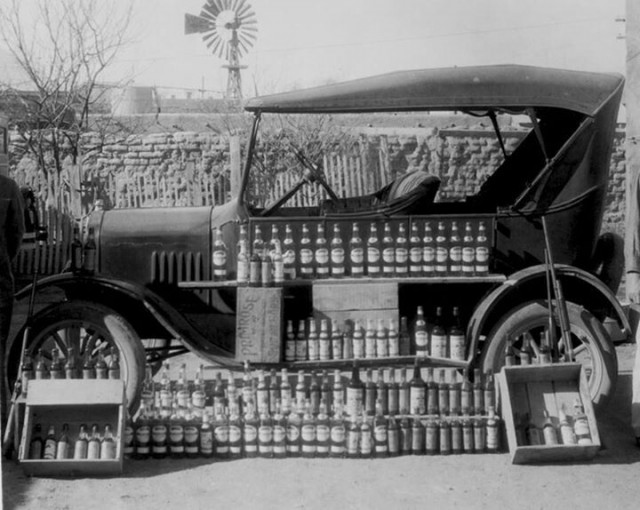 More than enough for a casual little soirée chez Frederick and Barbera Filthyrich. Now imagine how much you could fit into your average, house-sized American SUV today.

However, if you’re going to protect your summer-saving Cuvée Garrus from the seer-sucker clad hordes who’ve turned bandit in order to get their hands on it, you’re going to have to find a mode of transport with a bit more armour and which provides a more stable gun platform.

A train is best but, again, you’re going to have to up-gun what Amtrak usually offers.

I’m thinking more along the lines of the kind of armoured train Trotsky used to steam around Russia in during the Civil War of 1917-1922.

With the great blue yonder above Long Island now a no-fly-zone you won’t have to worry about anti-aircraft defences and can instead concentrate on some seriously heavy artillery to keep all those preppy, Ivy-League, would-be-rosé-snatching b**tards firmly at arm’s length (ref. the Hitler Youth from Omega House in the lead image).

My recommendations would be the kind of armaments usually found on a Challenger 2 main battle tank – twin 120mm rifled cannons and gyroscopic sights so you can hit moving vehicles at over a mile while travelling at full speed and an assortment of 7.62mm pintel-mounted machine guns if anyone gets too close should just about do it.

Throw in a few .50 calibre machine guns for some extra small arms punch and an array of fearsome ammunition like HESH rounds, explosive and armour-piercing bullets and your rosé will travel in both style and complete safety, swift and sure to end up in your glass for you to sip by the pool and watch the sun go down. Bliss.