Lobster pots, pie makers and diving equipment have emerged as some of the most bizarre drunken online purchases by UK consumers, who admit to spending an average of £142 when shopping under the influence. 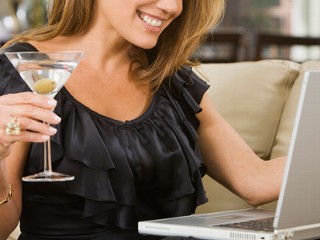 A survey of 2,000 people carried out by price comparison website Confused.com found that nearly one in five consumers admitted to shopping online while drunk.

Although Amazon proved the most popular destination for an intoxicated shopping spree, being cited by 53% of respondents, 18% said that they had booked a holiday or concert tickets while drunk, while 50% start bidding on eBay.

With smartphones making it even easier to shop online, even in the middle of a night out, one in 20 people admitted to blowing over £500 in this way after drinking and a quarter confirmed that they had spent between £100 and £200.

Although clothes, CDs and DVDs were the most common purchases, one person reported buying 10 lobster pots when drunk, while another picked up a pie maker on a TV shopping channel. Other items included diving gear, a folding ladder and a washing machine.

Nerys Lewis, head of credit cards at Confused.com, warned of the potentially serious consequences of shopping online when your judgement is impaired. “Alcohol can cause people’s inhibitions to disappear, but people need to be aware of how their credit card spending when drunk could affect them in the long run,” she remarked.

“Whilst people may wake up the next day and have a good laugh about the purchase they’ve made when drunk, these purchases could cause problems further down the line.”

The news follows an earlier report from another survey of UK consumer’s inebriated shopping habits, which cited men as the most likely to be tempted, with back scratchers, Stetsons and vibrating head massagers proving some of the most popular drunken purchases.