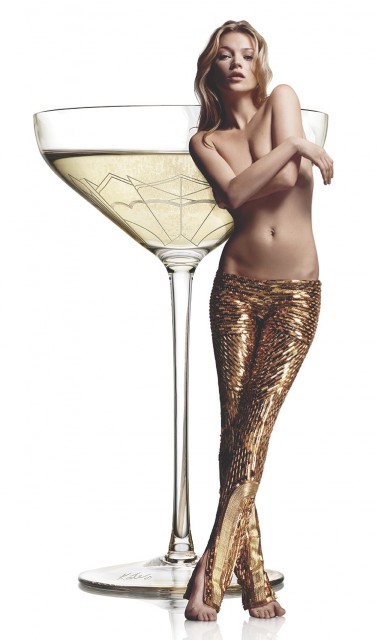 Taking Marie Antoinette as her inspiration, whose left breast was said to have served as the model for the first Champagne coupe in the late-18th century, British artist Jane McAdam Freud crafted the coupe from a mould of Moss’s left breast.

The glass has an elongated, slender stem, while the outside of the bowl features an intricate Art Deco-inspired pattern and the base bears the model’s signature.

“I was excited to participate in this project – what an honour to be alongside Marie Antoinette, she was a very intriguing and mischievous character,” Moss said.

“Champagne is always associated with celebration and happy occasions and I had fun creating this beautiful coupe,” she added.

McAdam Freud was commissioned by 34 Restaurant in London’s Mayfair to create the coupe in honour of Moss’s 40th birthday and to mark her 25-year milestone in the fashion business.

Moss will launch the coupe at 34’s Emin room on 8 October with Dom Pérignon’s latest release, P2-1998 (a rebranding of Oenothéque), filling the coupes. 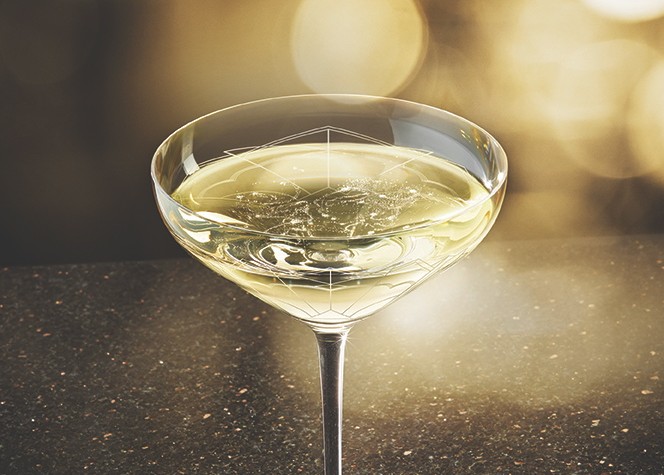 The second release of the Champagne house’s 1998 vintage will be paired to a “seasonal menu” created by 34’s head chef, Harvey Ayliffe.

The coupes will be in use at 34 and sister Caprice Holdings restaurants The Ivy, Daphne’s and Scott’s, all of which are owned by restaurateur Richard Caring.

Moss is no stranger to artistic collaborations – she posed for late painter Lucian Freud in 2003 while pregnant with her daughter Lila Grace.

Three years later Moss modelled for sculptor Marc Quinn on Sphinx, a life-sized sculpture of Moss in a yoga position with her hands and feet behind her head.

This is also not the first reinterpretation of the Marie Antoinette coupe. In 2008 Chanel’s creative director Karl Lagerfeld collaborated with Dom Pérignon on a Champagne coupe inspired by his muse, Claudia Schiffer’s bosom.