A construction crew in Ottawa has stumbled across what is thought to be one of several “beer tunnels” that once linked an old brewery to its warehouse. 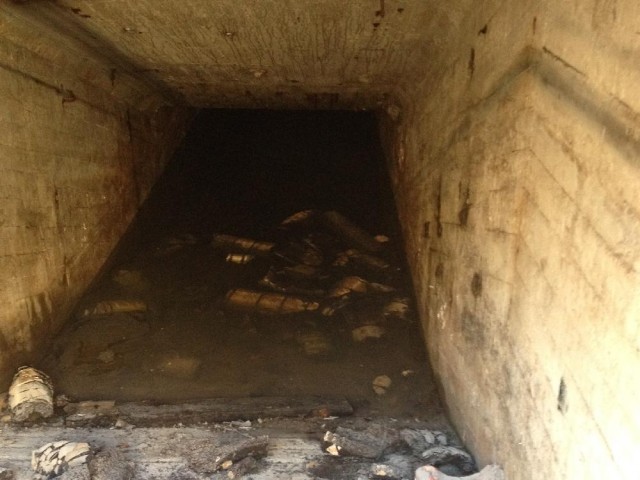 According to the Ottawa Citizen, the workers were beginning construction on a new sewage network on Albert Street when they discovered the tunnel.

The site near LeBron Flats, Ottawa’s main trainyard until the 1960s, was once home to Brading’s Capital Brewery.

The brewery expanded in 1945 with a manufacturing plant on the south side of Albert Street and a warehouse on the north side, with a tunnel connecting the two.

The tunnel was some 20 metres long and sloped downwards in an elbow shape in order to avoid water and sewer lines.

The tunnels were lost and forgotten until their recent unearthing and local historian, Andrew King, worries they will now be covered over and lost forever.

There are apparently a great many tunnels beneath Ottawa including one near the old LeBron Flats trainyard that is said to hold a complete railway engine abandoned in the 1920s or ‘30s.

He told the Citizen: “Part of the fun of this mystery is finding out what’s down there.

“Let’s see if it’s there. If it is there, let’s preserve it as a piece of Ottawa’s industrial history. This is all that’s left. It’s a reminder of what LeBreton Flats used to be.”

With construction work in the area continuing until 31 October this year, it is possible that more tunnels may yet be discovered.