A Brazilian man has been caught on video riding a motorised scooter made out of a beer crate. 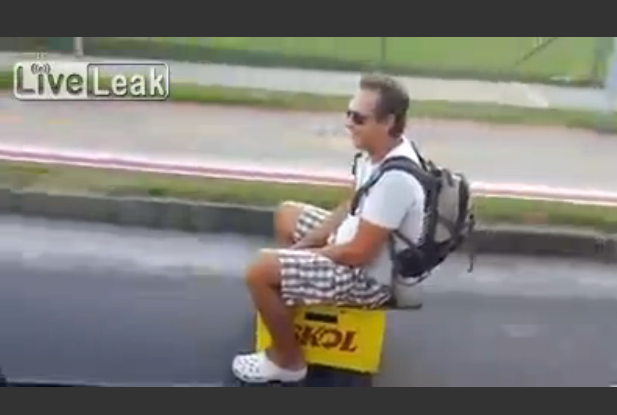 The viral video that was picked up by London’s Metro newspaper shows a man pushing the boundaries of the phrase “drink-driving”.

The surreal situation was caught on a mobile phone from a moving van. The occupants can be heard laughing before catching sight of what at first looks like someone sitting on a box by the side of the road.

As the van pulls closer the occupants realise the box is in fact a Sol beer crate, and it’s moving!

The van pulls level with the moving beer crate and a brief conversation ensues before the van moves off.

According to Metro, comments on LiveLeak were complimentary, with one viewer quoted as writing,”A+ for effort and creativity.”