The San Francisco 49ers have released the list of beers that will be served at their new stadium, from Bud Light to Lagunitas. 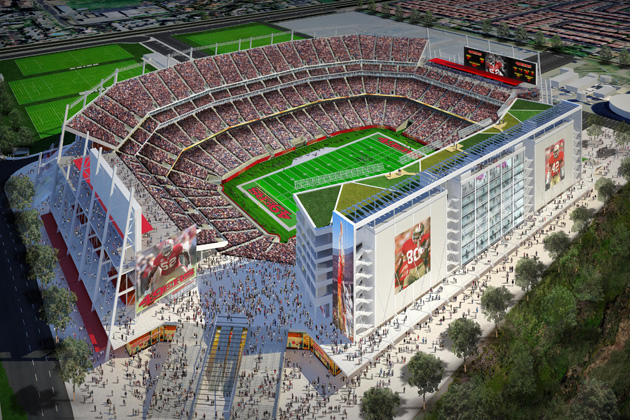 The NFL franchise has a new stadium for the next season having moved from its original home at Candlestick Park to the almost finished Levi’s Stadium and with the new stadium comes a new beer list for fans.

There are a wide range of beers starting with the obvious such as Budweiser, Bud Light, Miller and Coors Lite, Heineken, Guinness, Corona and Stella Artois but also spanning a wide array of craft beers many of them from California.

Other craft beers to be served in club bars include Goose Island’s Honkers Ale and IPA.

There will also be a standalone location called the “Tap Room” which will serve over 30 types of beer.

The influence and popularity of craft beers in the US is increasingly making itself felt in the country’s sporting arenas.

Budweiser remains the “official” beer of the NFL but concession companies are increasingly offering fans craft beers as well.

In Toronto, fans of the local baseball team the Blue Jays have even been lobbying the franchise to get a local craft beer onto the drinks list.