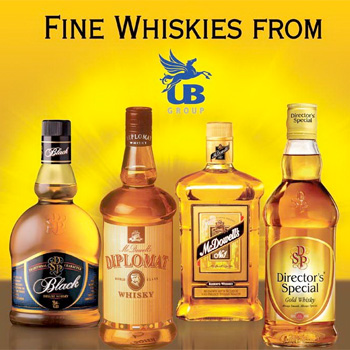 Following the successful close of its £1.1 billion tender offer on 19 June, Diageo will own 54.7% of USL for which it will have paid a total of £1.85bn. That cost is partially reduced by lowering USL’s debts by the £430 million received from the sale of Whyte & Mackay to Emperador of the Phillippines, a move enforced by the UK competition authorities.

Diageo offered to buy some 38bn shares at 3,030 rupees, a premium of 18% to USL’s share price on the day the offer was announced in mid-April. Since then the shares have never matched the offer price and sources in India report a frenzy of technical investor activity on the eve of the offer closing, indicating that it was substantially oversubscribed.

The response to Diageo’s successful offer is in stark contrast to the reception of its bid a year ago, which was aimed at picking up a 53.4% stake in USL. That offer was pitched well below USL’s market value and the UK group only won 0.4% of the shares. But because of a linked irrevocable four-year deal with VJ Mallya, USL’s chairman, and his associates, Diageo gained effective boardroom control and has since appointed USL’s top management. The latest bid gives Diageo complete control via a majority shareholding.

The price Diageo has paid for control of USL is almost 39 times the Indian group’s annual earnings before interest, tax depreciation and amortisation. For comparison Suntory paid a multiple of about 20 to win Beam earlier this year. But although far from cheap, USL is a linchpin in Diageo’s strategy of diversifying into emerging markets. It expects the USL deal to have a positive effect on earnings per share by 2020.

Diageo expects 50% of its sales to come from less developed markets within the next few years. Indeed, chief executive Ivan Menezes told investors only last week that he predicts that India alone will eventually account for 10% of the group’s turnover.

USL sells a massive 123.7m cases a year, with 21 brands each accounting for more than 1m cases. Five of them sell more than 10m. While the loss of Whyte & Mackay will reduce those numbers, USL is by far the dominant player in India. It gives Diageo not only more than a third of the Indian market for spirits, but as wealth spreads and the burgeoning middle class expands further, it will also have a vastly improved route to market for its premium and super-premium global spirits brands such as Johnnie Walker and Smirnoff.

Diageo began talks with Mallya about USL in late 2008, but at that stage the Indian entrepreneur put what Diageo’s then chief executive, Paul Walsh, said was an “exaggerated value”  on USL. The global financial crisis put enormous pressure on Mallya’s empire. He had overpaid for Whyte & Mackay in 2007 and his Kingfisher airline ran into mountainous debt, so much so that it has been grounded by numerous court orders granted to creditors and employees.

Diageo’s newly-appointed management at USL is cleaning up the Indian company’s books, including loans to Kingfisher and drinks wholesalers in the sub-Continent. Deutsche Bank reckons that this could involve Diageo writing off up to £200m from USL’s balance sheet via potential write-downs of inventories, the Indian Premier League cricket franchise in Bangalore and a longer-than-expected period for working capital improvement.

In a recent report to clients, Deutsche Bank wrote: “We believe a large proportion of loans and advances – approximately 20% of sales or 80 days of working capital – are likely stuck as non-core advances [from USL] and realisation could take five years or even longer. The international bank also said there might be an “unexpected and unexplained” increase in USL’s working capital as part of cleaning up its accounts.

Diageo wants to bring USL’s accounting policies into line with its own international standards as a matter of urgency so that the Indian group’s figures will reflect accurately on performance in the UK group’s new financial year, which begins on 1 July.

Meanwhile, Indian press reports say that local banks have told USL that not only will they not grant USL any further loans but also that they will recall existing debt if Mallya remains a director.

Separately, Diageo’s international competitors are determined to compete fiercely in the growing Indian alcohol market, which was reckoned to be worth more than $6bn in 2012. For instance, earlier this month Pernod Ricard announce plans to borrow up to £90m, much of which will be used for working capital and to bolster its marketing activities on the sub-continent.