An ex-cellar collection of Cheval Blanc made over HK$11 million when it was auctioned by Sotheby’s in Hong Kong last weekend. 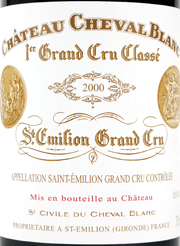 All 600 lots, with over 220 large format bottles included, were sold with the top lot being a Nebuchadnezzar of the 1998 which went for HK$269,500, more than double its high estimate.

Serena Sutcliffe MW, international head of Sotheby’s Wine, said: “Direct from the Château provenance cannot be beaten and Asian collectors demonstrated their knowledge and passion for great wines with their enthusiastic pursuit of these historic bottles of Cheval Blanc.”

Robert Sleigh, Head of Sotheby’s Wine, Asia, commented: “The rarity of the monumental nine to 18-litre bottles from Cheval Blanc ignited the bidding in the room, on the phones and online. With an average of fewer than 10 of these large format bottles made per vintage the opportunity was too good to miss!”

Cheval Blanc is clearly seeking to capitalise on this year being the Year of the Horse in the Chinese zodiac.

In February, as reported by the drinks business, the estate saw its highest share of trading on Liv-ex since 2012.

Other highlights from the second half of the sale ranged from Lynch Bages 2003 to Gruaud Larose 2004 and Palmer 2004.