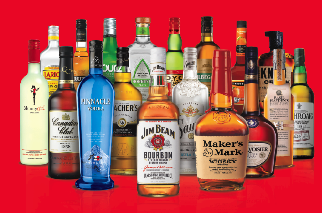 Suntory Holdings Limited, based in Osaka, and US based Beam Inc. announced in January a deal whereby Suntory would acquire all shares of Beam and take on its outstanding debt in a deal worth $16bn.

Combined sales of Beam Inc and Suntory’s spirits business were $4.6 billion in 2013.

The new company will be headquartered in Beam’s main office in Deerfield Illinois, creating a stronger distribution presence for Suntory’s portfolio in the US.

Matt Shattock, who has been CEO of Beam since 2009 and will lead Beam Suntory Inc, said: “By combining the world leader in Bourbon and Japan’s leading spirits company, we have created a stronger global business with an even better premium portfolio.

“We will be focused on continuing our momentum, growing in developed and emerging markets, and building on our combined strengths.

“Those strengths include a dynamic portfolio across key categories, powerful routes to market and passionate people.”

Shattock added that he believes both companies are united by an “entrepreneurial and innovative spirit” and “proud heritages rooted in multi-generational family businesses”.

Nobutada Saji, president and chairman of Suntory Holdings, said: “I am very delighted with the launch of Beam Suntory, which unites Beam and Suntory’s spirits businesses, and I truly believe Beam Suntory will continue to grow strongly in the global spirits industry.”

Suntory was founded in 1899 and is Japan’s leading beverage company with the newly created Beam Suntory Inc now a subsidiary of Suntory Holdings.