Three people have been arrested and a spirits manufacturer ordered to close following the deaths of 83 people in Kenya who had drunk alcohol believed to be laced with methanol. 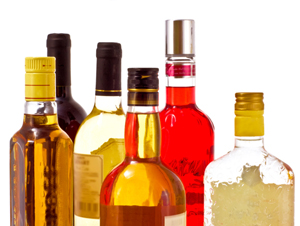 So far 83 people have died after drinking the deadly alcohol with a further 181 people still in hospital, many of which have reported to have gone blind, according to a report by the BBC.

This afternoon the Kenyan Government ordered the closure of M/S Comrade Investments Company in connection with the deadly alcohol, as reported by Kenya’s Capital FM.

The statement said: “Considering the analysis report and also the fact that the two brands with high levels of methanol are from this company, the Ministry under Cap 254 and Cap 242 Laws of Kenya hereby orders the closure of M/S Comrade Investment Company Ltd.

“Following the recent deaths arising from the consumption of alcohol, samples were collected from the affected areas in Makueni, Kitui, Muranga, Kiambu and Embu. Preliminary results of analysis indicated high levels of methanol in the following brands of drinks – Sacramento Cane Spirit and Countryman liquor,” he revealed in the statement.

“The results show high levels of up to 100 percent of methanol contents which in normal circumstances is supposed to be at zero percent. This is contrary to the provision of section 5 of the Food, Drugs and Substances Act chapter 254, Laws of Kenya.”

The health secretary revealed that samples collected in Embu had 70% of methanol while the concentration in Makueni was 100%.

Homemade alcohol is popular in Kenya where many cannot afford to buy legal alcohol, however the Government has been accused of not doing enough to clamp down on its illegal trade.

Those who died had drunk alcohol from different producers in Embu, Kiambu, Kitui, Makueni and Murang’a counties.

The BBC said officials in the five areas where the deaths occurred have been indefinitely suspended.

Alice Wairumu lost her husband and two adult sons after they drunk the deadly alcohol.

Speaking to the BBC said: “My husband told me that he was seeing everything in blue, I asked him if the cow was blue, he said ‘yes’”

It is believed the alcohol may have contained methanol – a toxic substance used to boost the strength of a drink.

So far, three people have been arrested – one in Embu and two in Ruai – on suspicion of involvement in the sale of the illicit brew.

The Kenyan Government has advised Kenyans to avoid “taking alcoholic drinks packaged in sachets, plastic bottles and jerry cans because such drinks are easily adulterated”.