Drinking six units of alcohol on one single occasion at least monthly amounts to “heavy episodic drinking”, according to a recent report by the World Health Organisation (WHO), which has said 16% of the world’s population are now binge drinkers. 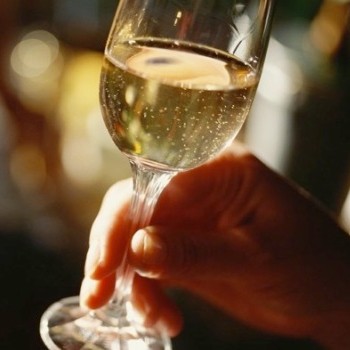 The Global Status Report on Alcohol and Health 2014, published yesterday, revealed 3.3 million people died from alcohol-related diseases and violence in 2012, prompting calls for governments to do more to prevent such deaths.

The report also said 16% of drinkers worldwide now engage in “heavy episodic drinking”, defined in the report as six units of alcohol consumed “on at least one single occasion at least monthly” – roughly three glasses of wine.

Europe was found to be the region with the highest consumption of alcohol per capita, with increases in consumption seen in South-East Asia and the Western Pacific regions.

However it was Belarus which was found to be the world’s biggest alcohol consuming country with drinkers consuming on average 17.5 litres of alcohol a year, followed by the Republic of Moldova, where the figure is 16.8 litres, and Lithuania at 15.4 litres.

The United Kingdom was placed 13th, drinking on average 11.6 litres per year.

Australia and Canada also have high levels of alcohol consumption, with people on average drinking 12.2 and 10.2 litres a year respectively, while in the United States the figure is slightly lower at 9.2 litres.

In northern Africa and the Middle East, the average figure is less than 2.5 litres of alcohol per person, with many countries having figures below one litre.

Dr Shekhar Saxena, director for mental health and substance abuse at WHO, said: “We found that worldwide about 16% of drinkers engage in heavy episodic drinking – often referred to as ‘binge-drinking’ – which is the most harmful to health.

“Lower-income groups are more affected by the social and health consequences of alcohol. They often lack quality health care and are less protected by functional family or community networks.”

A greater proportion of men were found to be dying from alcohol related deaths than women with 7.6% of men’s deaths alcohol related in 2012, compared to just 4% of women’s deaths, however the report noted concern over the steady increase in alcohol use among women.

The report also highlighted the need for countries to take action to reduce harmful use of alcohol by engaging in national awareness-raising activities and health services to deliver prevention and treatment services.

Dr Oleg Chestnov, WHO assistant director-general for noncommunicable diseases and mental health, said: “More needs to be done to protect populations from the negative health consequences of alcohol consumption.”

“The report clearly shows that there is no room for complacency when it comes to reducing the harmful use of alcohol.”

The figures represent the average amount of pure alcohol consumed per capita in each country between 2008 and 2010.