GreenBottle, maker of the world’s first paper wine bottle, has gone into administration just five months after debuting its first line in the US. 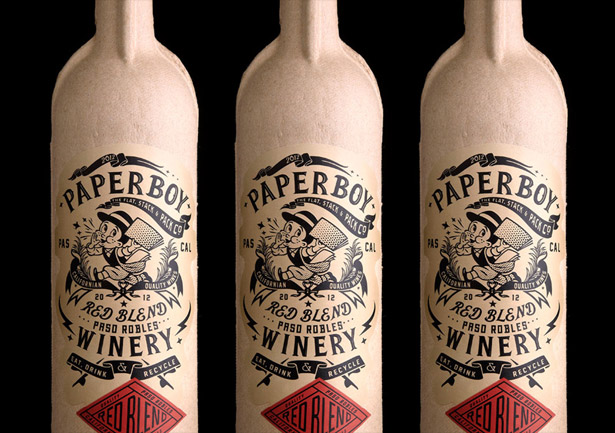 The Merseyside-based company officially went into administration on 28 February.

Speaking to the drinks business, the company’s former managing director, Mark Eaves, said: “GreenBottle went into administration because the majority of the shareholder base decided to discontinue investing during the February fund-raise, so the directors had no option.

“It’s interesting timing as we were on the market and had gotten past our main production challenges. A few former GreenBottle shareholders have bought the key assets and are investigating a new plan,” he added.

Filled with a 2012 red blend from Paso Robles, Paperboy went on sale in US supermarket Safeway.

Made from compressed recycled paper and printed with natural inks, the bottle weighs just 65g – a seventh of the weight of an average wine bottle.

Lined with a plastic bag similar to those found in wine boxes, the paper wine bottle’s carbon footprint is less than a third of a 75cl glass bottle.

Accoridng to the North Bay Buisness Journal, with GreenBottle in administration, Truett-Hurst has shifted to an American-based manufacturer of the paper wine bottle at an increased cost.

“While we expect to meet our 2014 Paper Boy sales goals, we may experience an out of stock situation in early 2015 due to the supplier change and expect to be back on target by the middle of 2015,” Truett-Hurst’s chief executive, Phil Hurst, said in a statement.

“We believe this new supply relationship will provide the stability the company requires to meet its PaperBoy sales goals,” he added.