A child as young as four was among hundreds of youngsters to have been referred to specialist drug and alcohol treatment services in the UK this year, according to figures revealed by a freedom of information request. 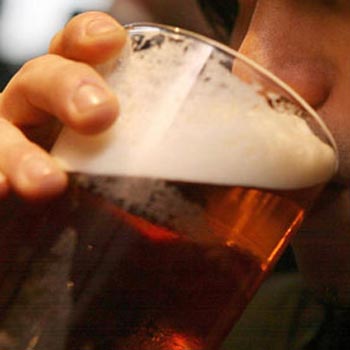 Following a request by the Press Association, councils across England, Wales and Scotland revealed the youngest children referred by education and children’s services to alcohol and drug specialists – the youngest being just four in South Ayrshire.

Elsewhere, children as young as eight were referred to services in Waltham Forest and East Ayrshire, while nine-year-olds had been referred in Herefordshire, Liverpool, Oxfordshire, Rutland, the Scottish Borders and West Berkshire.

Authorities in Bury, Calderdale, Halton, Hull, Monmouthshire and Rochdale had seen 10-year-olds referred to their services.

The findings have sparked debate on the effectiveness of drug and alcohol education at schools across the UK and if urgent reforms are needed.

Andrew Brown, director of programmes at charity Mentor UK, which works to protect children from drug and alcohol misuse, said he was “shocked” at the findings.

He said: “We think it is vital that alcohol and drug education improve. Our own survey of teachers suggests that at the moment delivery is inconsistent, and that the norm is to timetable only one or two sessions a year. This may sound sufficient, but evidence would suggest that longer programmes that systematically build skills and values are much more likely to prevent young people from coming to harm than one-off lessons.”

A third of under-13s referred were treated for their own alcohol misuse, while others, including the 4-year-old in South Ayrshire, was referred to services because they were deemed vulnerable to start abusing substances themselves through exposure from a parent or other relative.

Steve McCabe, shadow minister for children and families, said: “This would certainly tend to suggest that the Government’s current strategy towards drugs isn’t working and seems to support the findings of last year’s inquiry by the Home Affairs Select Committee.”

He added: “I have thought for a long time that there needs to be a proper PSHE (personal, social, health and economic education) strategy to deal with many of the challenges of growing up and this should not be confined to schools but must be woven into the fabric of activity in schools.

“This applies to issues such as sex and relationship education, pornography, drugs and a broad range of other social matters. I think it also highlights the need for an urgent improvement in children and adolescent mental health services.”

A Government spokeswoman said: “Both the old and the new curriculum are clear that all pupils should be taught about how drugs and other substances can be harmful to the human body. The science curriculum also covers how drugs can affect people’s health and lifestyle.

“Teachers are also free to use their professional judgement to address any specific issues that meet the needs of their pupils through PSHE. We are working with the PSHE Association to help teachers talk about these issues with pupils in the most effective and sensitive way.”