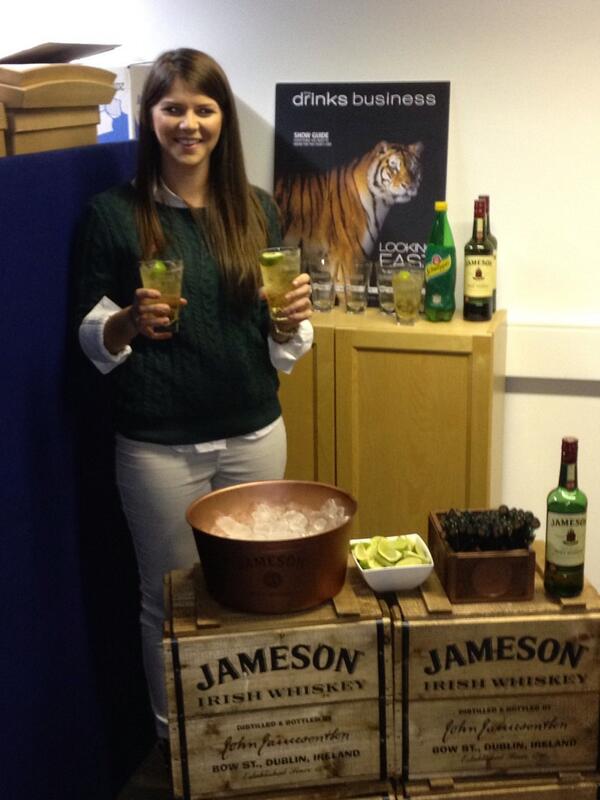 The folks from Jameson’s paid team db a visit on Friday ahead of St Patrick’s Day with brand ambassador Oonagh Mangan whipping us up some delicious Jameson’s ginger and lime cocktails. Ginger ale developed from the practice of sprinkling powdered ginger on beer with the beverage becoming popular in Ireland during the middle of the nineteenth century. 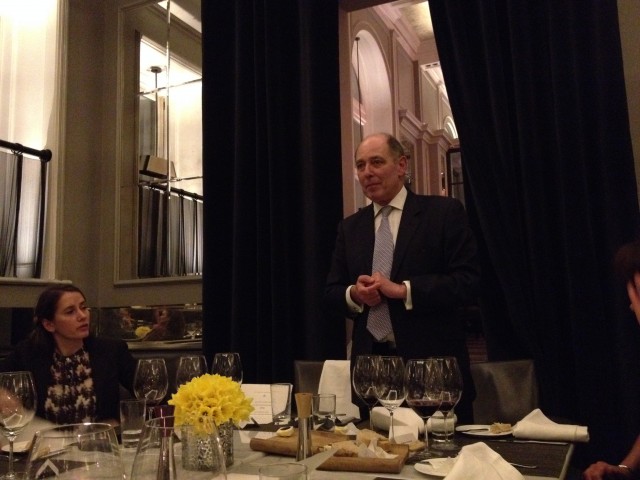 Team db’s Lauren May enjoyed a sumptuous four-course wine dinner at the Corinthia Hotel’s first ever Blanc et Rouge dinner on Wednesday. A selection of wines from Bordeaux chateaux and Domaine Nadine Ferrand in Burgundy were presented by their makers who attended the event, organised by the hotel’s sommelier Christian Stivert, who talked the guests through the complexities of each wine. 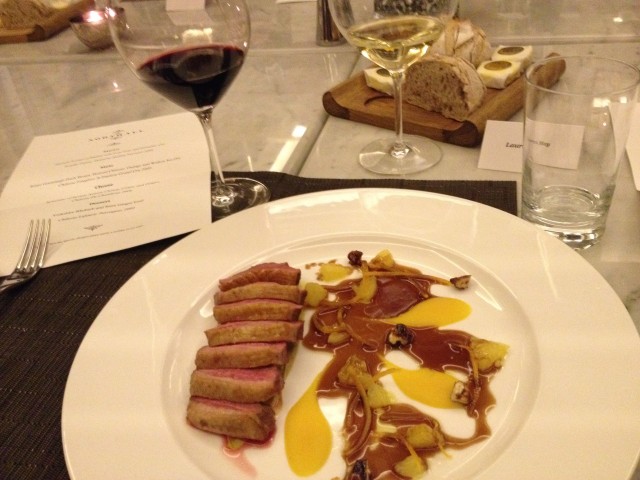 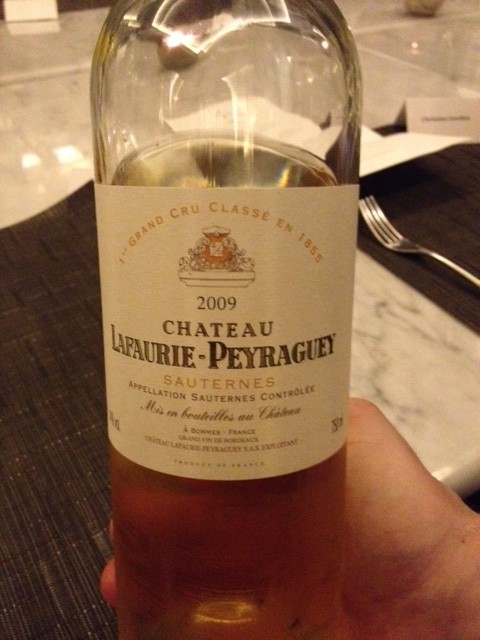 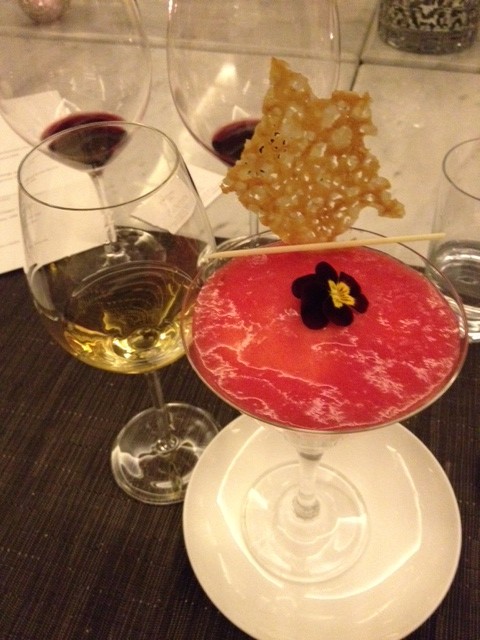 Other wines sampled included a Pouilly Fuissé paired with a pressed terrine of rabbit with foie gras and pistachio; Château De Chambrun 2009 with a selection of British artisan cheeses, finishing with a Yorkshire rhubarb and stem ginger fool with a glass of Château Lafaurie Peyraguey 2009. 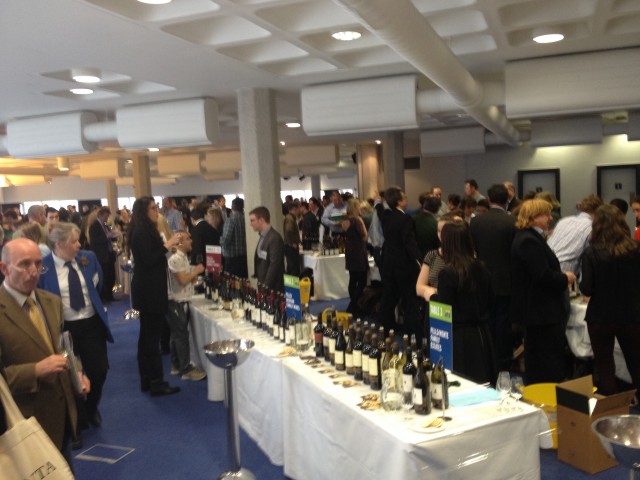 Team db made their way to the Go West tasting at the Queen Elizabeth II conference centre in London on Monday where hundreds of wines from California, Oregon and Washington State were showcased by dozens of producers. It was the first time all three states had come together to create one super west coast wine tasting.

David Amadia, vice president of sales and marketing at Ridge Vineyards with a bottle of Ridge Monte Bello 2011 at the Go West tasting. 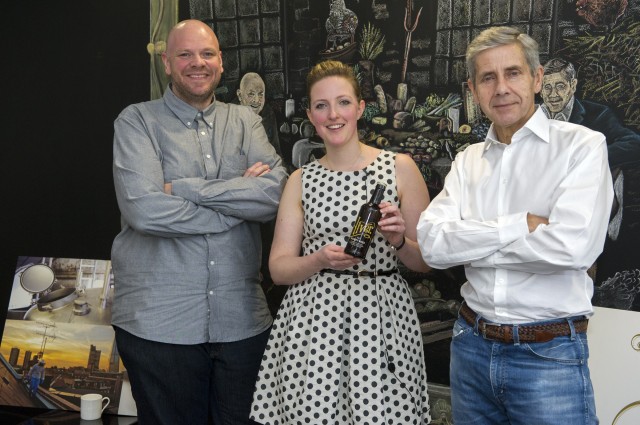 Ocado announced the winner of its Britian’s Next Top Supplier competition, judged by Tom Kerridge and Sir Stuart Rose. Hannah Rhodes from London was crowned the winner for her honey infused creation, Hiver – The Honey Beer. Hiver will be listed exclusively at ocado.com and Hannah will be given a £10k marketing package to promote her product. 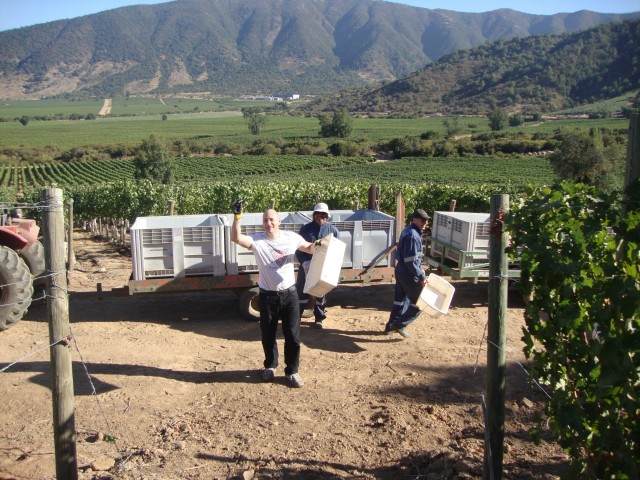 Members of the trade returned from a trip to the Caliterra Estate in Chile’s Colchagua Valley, organised by Hatch Mansfield, where the 2014 vintage is in full swing. Here Junior Vianna MW, of Coe Vintners, gets stuck into picking grapes. 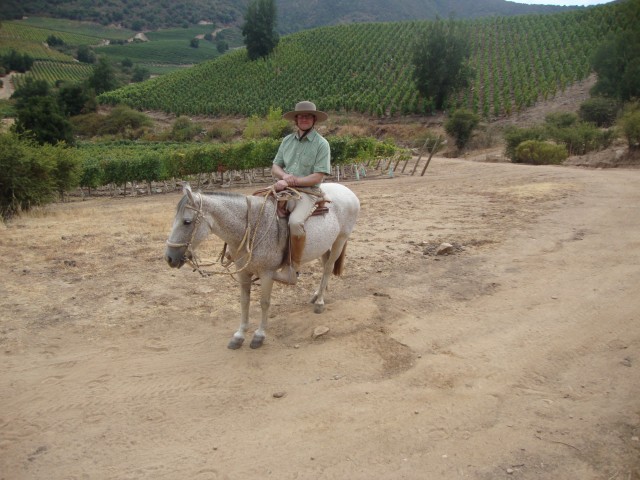 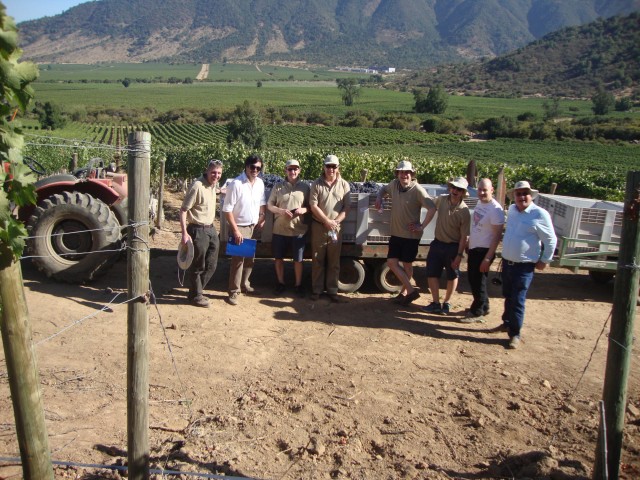 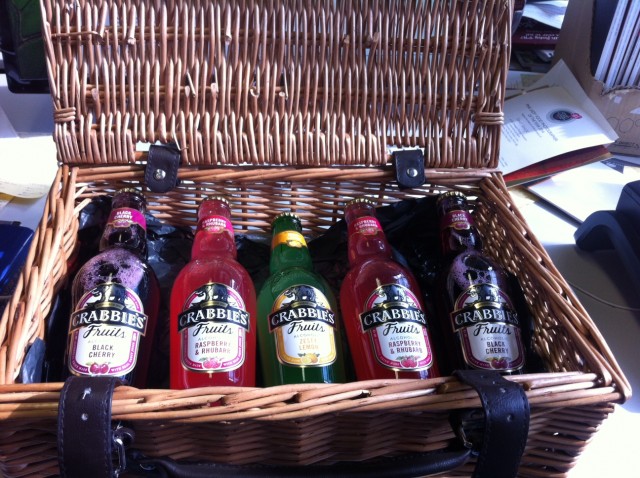 Summer must be on its way if this hamper from Crabbies is anything to go by. The producer has branched well beyond ginger beer with this new trio of alcoholic fruit-based offerings: raspberry & rhubarb, zesty lemon and black cherry. 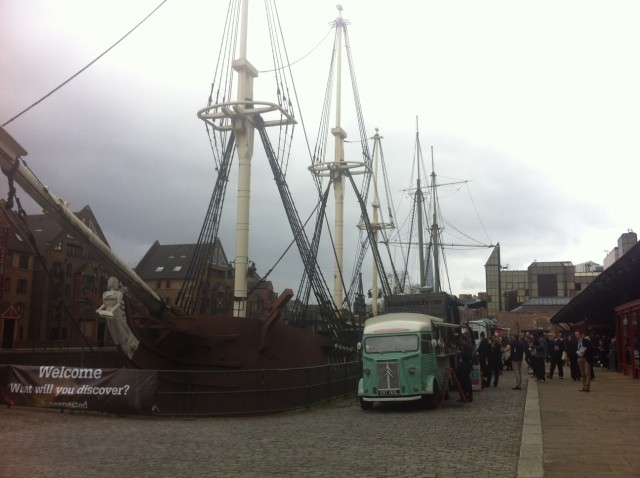 There were plenty of pleasant surprises on offer at Matthew Clark’s “Discover the Unexpected” tasting at Tobacco Dock in London this week, including this striking ship and high class food vans which greeted visitors on their arrival. 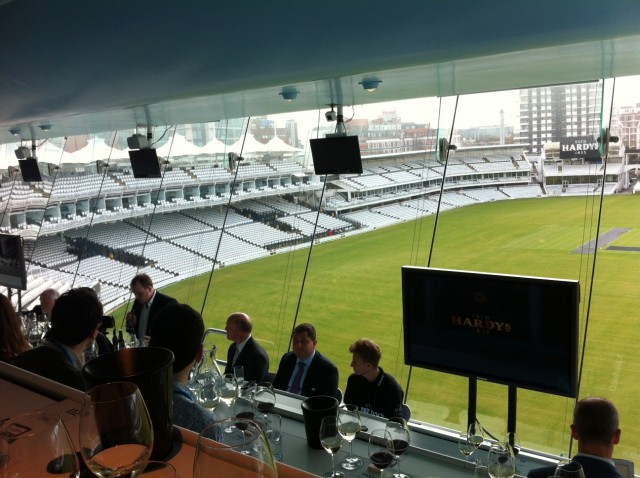 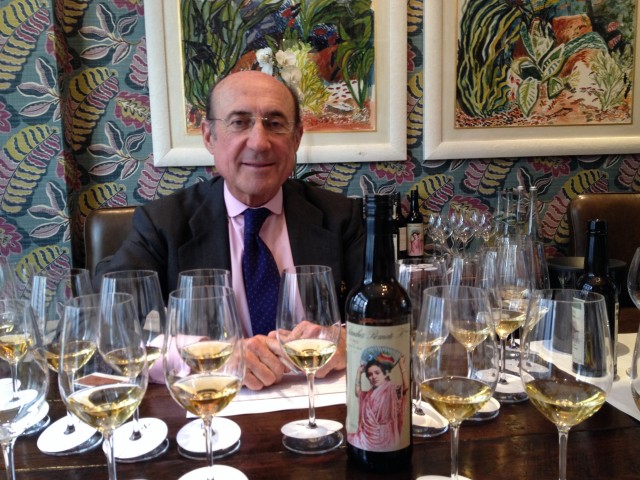 To coincide with the Wines From Spain tasting and the Caballeros dinner, Beltran Domecq, head of the Sherry consejo, hosted a series of fino en rama tastings at the Charlotte Street hotel to London’s Sherry nuts, including db’s Lucy Shaw, who was rather taken with the label of Sanchez Romate’s offering. 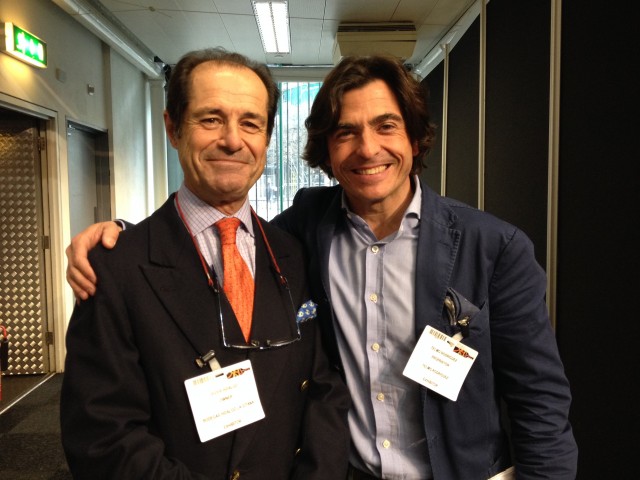 At the Wines From Spain tasting, we bumped into Spanish wine royalty, Telmo Rodriguez of Remelluri in Rioja and Javier Hidalgo of Bodegas Hidalgo, whom Rodriguez describes as his “brother from another mother”. 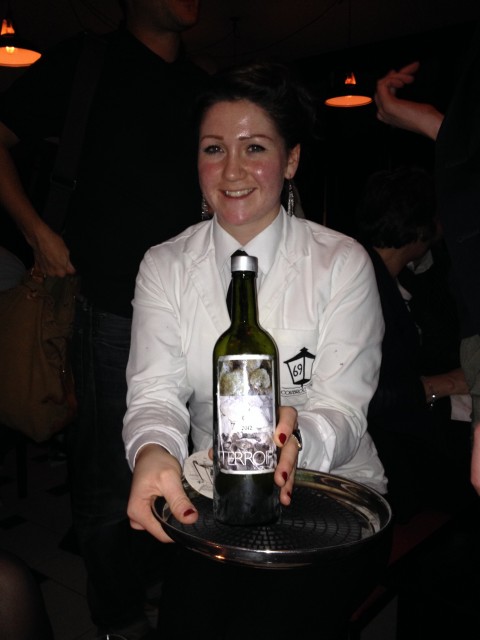 After an afternoon at the Wines From Spain tasting, we thought it only right to refresh ourselves with a sharpener or two at cocktail maestro Tony Conigliaro’s clandestine drinking den, 69 Colebrooke Row in Islington. First up was the Terroir cocktail, a daring mix of distilled clay, flint and lichen served straight from the bottle. 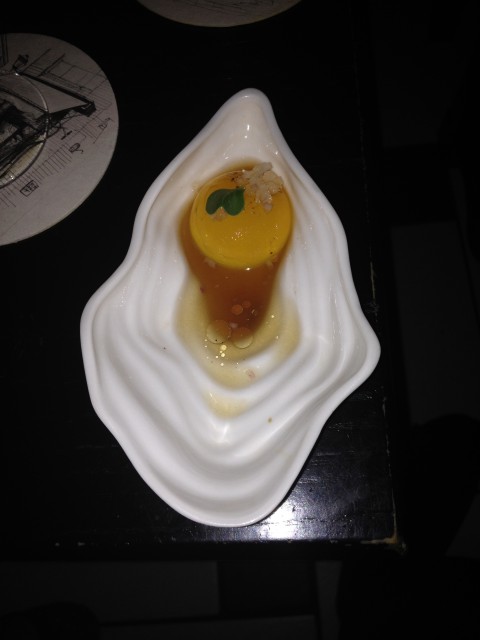 Next came the even more daring Prairie Oyster, said to be an ideal hangover cure. Among the cocktail’s many intricate ingredients are homemade horseradish vodka, oloroso Sherry, shallots, pepper sauce and celery salt. Designed to be necked like an oyster, the creation has helped lead the way in the trend for savoury cocktails currently sweeping the capital. 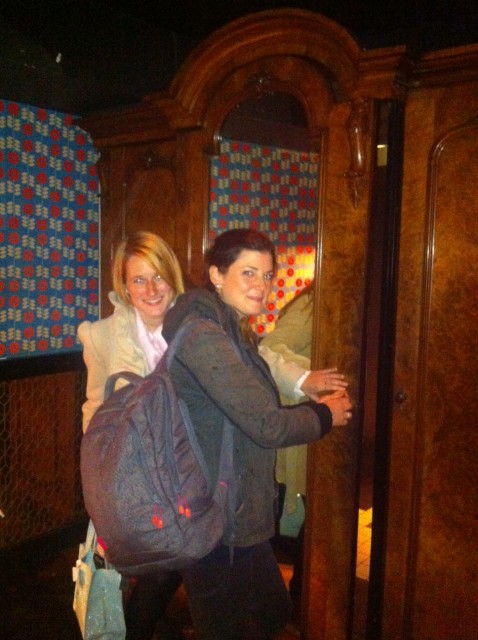 And finally… if all the excitement at 69 Colebrooke Row wasn’t enough, intrepid sippers Lucy Shaw and Becky Paskin (right) of our sister title The Spirits Business then headed behind the Narnia-like wardrobe at Callooh Callay in Shoreditch for Salt n’ Vinegar Martinis.