Fine wine vs the alphabet

If you want your wine to be a world-beater, aside from a space age winery and top terroir, call it something beginning with “L”. 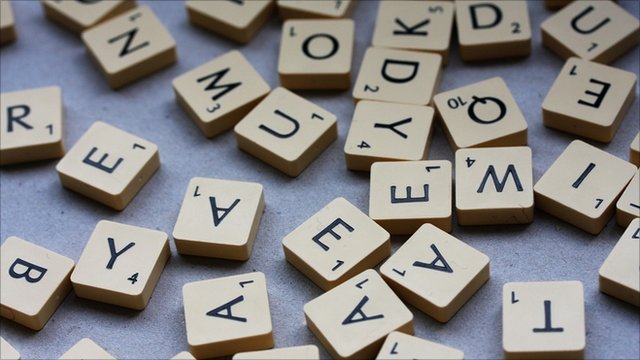 This is the latest piece of scientific “fact” to which I have lately become privy, along with great Super Bowl years meaning great vintages and your chances of gaining a first at Cambridge if your college has a good cellar.

It’s difficult to say quite how this one came about but it’s possible that in a moment of mental clarity I was struck by the realisation that some countries have a preponderance of top labels beginning with similar letters.

In the US “S” rules the roost with Shafer, Screaming Eagle, Scarecrow and Schrader.

Italy likes “S” and “M” (make of that what you will): Sassicaia, Solaia, Masseto and also “G” and “T” (another fortuitous pairing): Gaja and Tignanello.

Does this theory hold any water? It’s no secret that some labels have done better in China because they’re easy to pronounce – Lafite being the prime example – and English people don’t buy German wine because they can’t pronounce the names.

Are some letters more attractive than others and so wines with that letter reel customers in like those deep sea fishes with luminescent body parts? It’s certainly not the return on investment for en primeurs anymore.

Is there a “finewineabet”, where certain letters determine a wine’s global performance?

Probably not but that’s never stopped me before.

I turned therefore (as should you) to the Fine Wine Power 100 in the December issue of db – a list which comes out every year charting the 100 biggest movers and shakers in the fine wine world – and began separating out the wines into alphabetical order.

Immediately, there was a snag. In the Liv-ex-compiled list some wine names were listed without their French prepositions.

“Evangile” was listed without its “L’” for example, nor “Mondotte” with its “La”.

On the other hand, “Le Pin” was there in full, and “Leflaive” was prefixed with an unfamiliar “Domaine” for those of us who just like to casually chuck it out there as if we’re on first name terms.

“Yeah, I was drinking some Leflaive the other day (smug aside) Puligny-Montrachet, Les Folatières 1988, I think I’ll just call up Anne-Claude now and tell her how amazing it was. ‘Hi, Anne baby? Les Folatières ‘88 – loved it, ciao’.”

Evidently this needed clearing up but what to do? My thought was that propriety should be the order of the day. You can’t go around calling the IMW’s new Winemakers’ Winemaker “baby” after all.

There will be some of you who’ll say that the “The”, which “Le/La/Les” etc is all about, is irrelevant and it’s the letter after that counts.

I’m not so sure, after all “The” is integral to the name, it’s “The/La” Mission Haut-Brion or “The” Who and “The” Rolling Stones, not just “Mission Haut-Brion”, “Who” or “Rolling Stones”, that just doesn’t make sense even if it is easier to say. So if Le Pin goes under “L” then so do L(e)’Evangile and L(a)’Eglise Clinet.

In a similar vein you wouldn’t put Mouton or Lafite under “R” because they’re Rothschild estates anymore than you would Dom Pérignon under “P”.

Frankly, I took the view that this isn’t HMV (where I’d put Cat Stevens under “C” not “S”) and I would run this show as I saw fit, particularly as I then get the answer I want which is what this series is all about.

I’m glad we cleared that up.

So I resolved that what was on the label was what mattered and if it was “L’Evangile”, “Domaine Leflaive”, Jacques-Frédéric Mugnier etc and whatever, then the first letter of that name would decide their place. After that it was easy.

So what’s the new hierarchy in the finewineabet? What’s the phonic verse all WSET students need to learn by rote from a formative age?

Seventeen towering names from L’Evangile to La Mondotte and spanning places six to 96 on the Power List, “L” is the king of wine letters and the leading letter in the finewineabet.

For, despite my apparent victory, I realised I’d made a thundering error. Yes, when the actual name of the estate was taken into consideration “L” was the clear winner but I’d said that how the whole name was written on the label was how it’d be listed.

If that’s the case then “C” is in act the true winner with a whopping 49 entries. Because nearly everything on this list has to begin with the word…

The finewineabet in all it’s dubious and pointless glory can be seen on the following page – if you can put it to verse so much the better.